The X-mini Evolve is a pair of wireless headphones which also have the handy convenience of doubling as dedicated wireless speakers.

X-mini is a company that has traditionally stuck to portable Bluetooth speakers and doesn’t have much of a footprint here in the UK. When we got a chance to try out a pair of their innovative new Evolve Wireless Headphones, we jumped at the opportunity. Evolve is a pretty fitting name for these cans, as they can be used as either speakers or closed headphones depending on what you need. 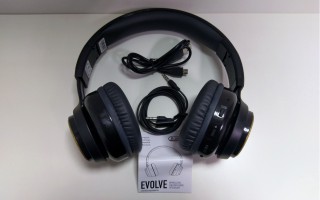 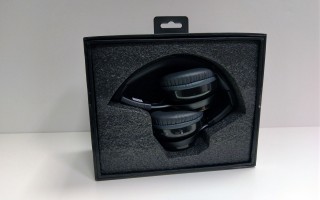 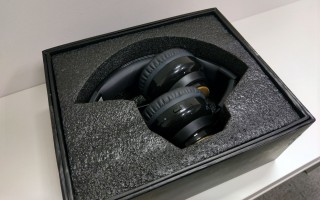 The X-mini Evolve headphones come in some fairly basic packaging that’s pleasing to the eye and robust. There’s a badge on the bottom left corner which reads ‘The Gold Standard in Portable Sound’… I guess we’ll be putting that to the test later. Opening the box reveals an excessive amount of foam packaging and protection, which is no bad thing. We initially thought that the headphones came without cables until we removed the foam insert and flipped it around, so a word of warning if you’re someone who hastily throws the packaging away without checking things out. You’ll find a USB cable for charging and a 3.5mm headphone cable with in-line microphone controls.

The cans themselves are a bit of a weird design. X-mini has actually crammed 2 drivers into each side, with the first pair acting as desktop speakers. Sound is produced from the gold plates on each of the earpads and has full stereo capabilities. A switch on the right swaps between modes and is flanked by a Bluetooth button and volume controls underneath. There’s also a micro USB socket for charging purposes and a 3.5mm AUX jack if you want to use them wired. Having so many controls on the same side can get a little confusing, especially when you’re wearing them on your head. The plates themselves are metal and feel pretty sturdy, while the rest of the cans are finished off in a glossy plastic. 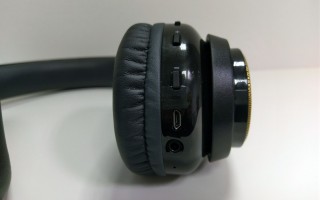 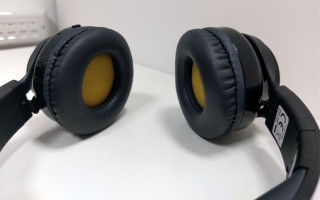 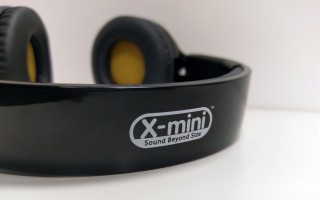 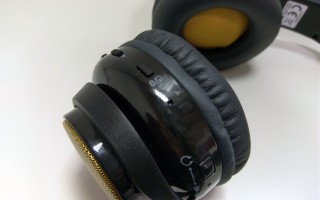 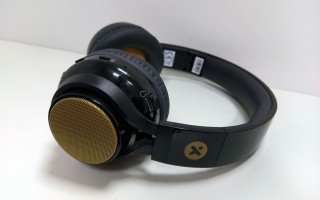 Now we get to the big one, sound quality. The X-mini Evolve headphones are definitely bass heavy, with a strong low end that can seem boomy on some material. This caused the lower-mids to get swallowed, missing out on some of the nuances in that region. We also noticed some bass inconsistencies between the left and right channel, with the latter being ever-so-slightly louder. This could be down to the dual-driver design but honestly, we don’t know for sure. Aside from the bass boom, overall sound quality was pretty decent. Treble and upper-mids are clear and with of EQ tweaking, we managed to carve out some of the detail missing in the lower registers. The X-mini Evolve carry a very smooth sound which isn’t harsh on the drums and would be good for longer listening sessions.

Flicking the switch and putting them in speaker mode, we were perhaps more impressed than when using them as headphones. The sound is full and surprisingly deep, given the size of the drivers on display here. While the mid-range won’t ignite you with detail and clarity, these are nonetheless a very useful pair of cans to carry around and use as speakers. Comparing them to other Bluetooth speakers of a similar size, they definitely keep up with the better ones.

An innovative and impressive pair of cans that double up as speakers in the process. If you can’t be bothered to carry around a dedicated speaker and fancy the convenience of having an all-in-one system, there’s really no other devices out there that function quite like this. 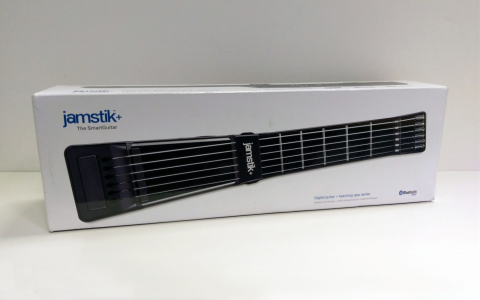 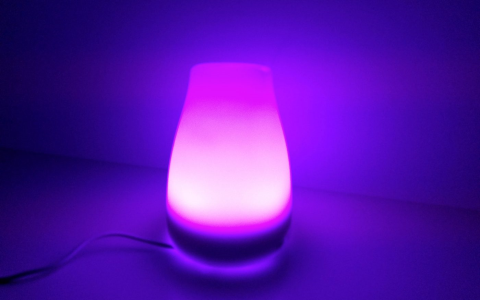 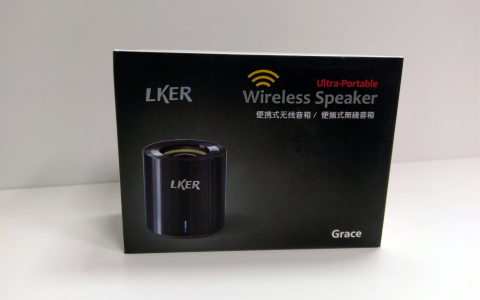