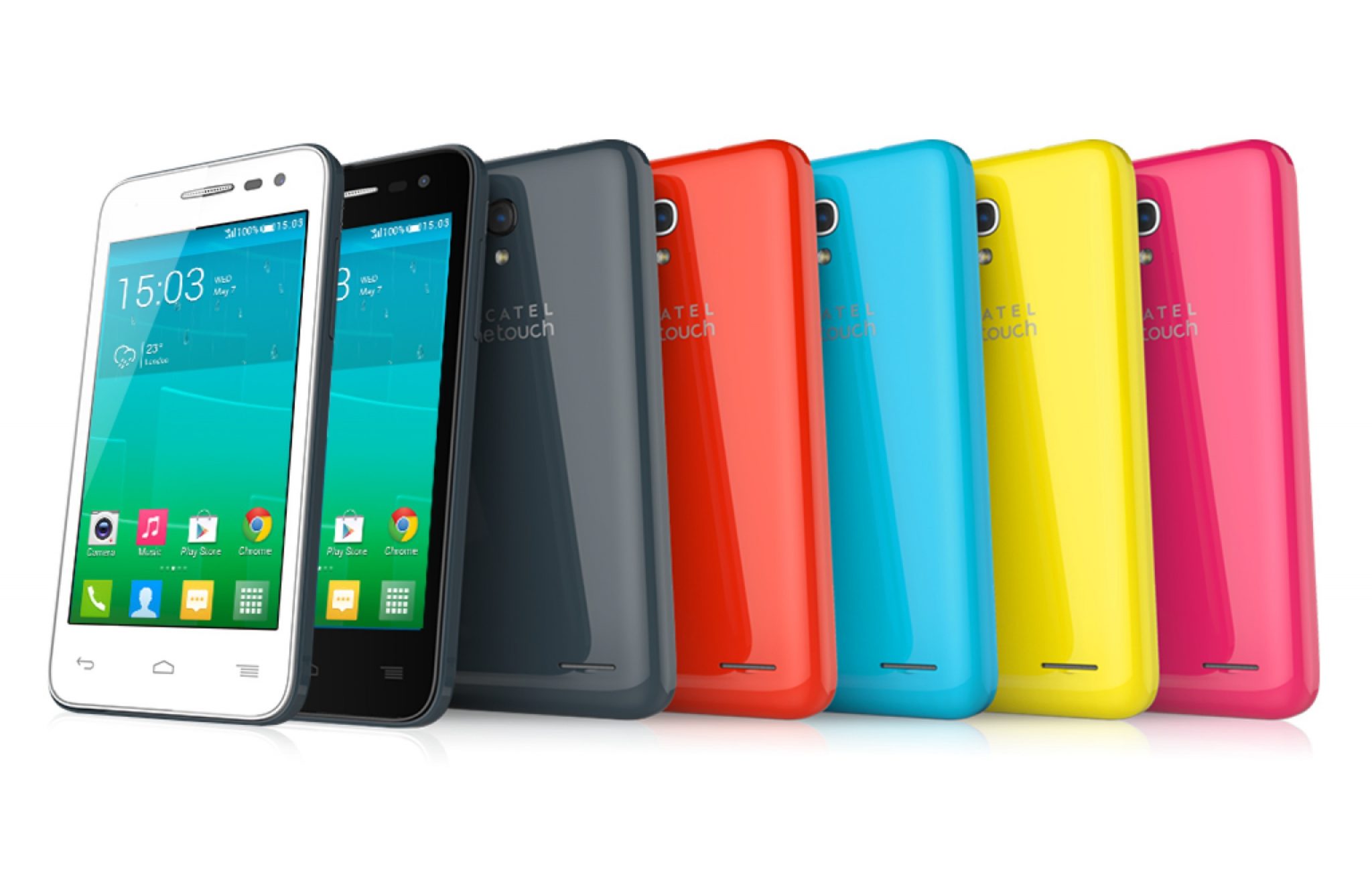 Affordable smartphones have become commonplace since the launch of the Motorola Moto G, a handset that upped the ante for entry-level devices.

What that phone, and its counterparts such as the Moto E and Nokia Lumia 630, lacked was 4G LTE mobile broadband connectivity. Motorola recently rectified that with the release of the Moto G 4G, but priced at £160 it is on the steep side of the entry-level market.

Enter the Alcatel One Touch POP S3, priced at £79.99, it is the cheapest 4G smartphone money can buy.

However, with the sub- £100 EE Kestrel also available, the POP S3 faces stiff competition. It’s one thing to be the cheapest 4G smartphone on the market, it’s another thing to be the best.

Unlike the sombre colour palette of the EE Kestrel, Alcatel has stuck to the safer (and frankly more pleasant) option of a bright, customisable design. However, like with all its other functions, it has its limitations.

The white front has large top and bottom bezels and a smooth curved design. It again contains the same three touch control buttons that you will find on most contemporary Android devices.

In terms of customisation, Alcatel has followed in the footsteps of Nokia and Motorola by introducing replaceable back covers. Unlike those manufacturers’ affordable handsets, the options here are far more limited. The POP S3 comes with three back covers out of the box, which is a nice addition seeing as elsewhere you have to pay extra for more covers. The colours include yellow, navy blue and white.

Feeling flamboyant, we decided to stick on the yellow cover and found that it was a bit clunky. Even when securely attached it still didn’t seem a perfect fit for the phone, not quite covering its outer edges. Still, it is always nice to have the option to change the cover at no extra charge.

As an advanced warning, one flaw with this device is the amount of EE and Amazon bloatware it comes pre-installed with.

This will either mean you will spend a fair amount of time deleting the apps you don’t want or re-shuffling them in order of importance. It will ultimately depend on how much you use both Amazon’s integrated shopping services and EE’s account services.

If, like us, you just want to concentrate on using apps, playing games and surfing the web, then you might be a bit peeved with the amount of icons that stand in your way.

The low resolution on the POP S3 was a crippling factor when watching videos, viewing images and playing games.

Despite turning the brightness up, the display still looks dull and images lack detail. It really is a major flaw and no longer what should be expected from entry-level phones. It is especially visible when you compare the device to recent affordable handsets that have raised the bar, such as the Moto E (540 x 960 pixels) and Lumia 630 (480 x 854 pixels) – both of which have superior display resolutions.

Therefore, watching videos or looking at images on the POP S3 pales in comparison to those same devices. They aren’t as cheap as the 4G smartphone, but what’s the point of having high-speed mobile broadband when the tasks you will use it for are debilitated by a poor display?

Consequently, although videos loaded quickly on YouTube (and will do the same on the go, thanks to 4G), they only went up to the 480p resolution and not the maximum 720p available.

The device’s UI, on the other hand, is smooth and fast. Swiping between screens is swift and does not suffer from lag. Meanwhile, apps such as Twitter and Facebook both work fine. And, let’s face it, neither require an immaculate display. That only comes in to play for image-centric apps such as Instagram and Tumblr. Meanwhile, web browsing was surprisingly fast – although nothing like it would be on a high-end device such as the LG G3, but satisfactory to say the least.

The same, however, cannot be said for gaming on the POP S3. Certain powerful titles including Real Racing 3, Dead Trigger 2 and Sonic Racing Transformed aren’t even compatible with the handset. Whereas, a large game file will inevitably hog your device’s limited amount of storage. All the more reason to immediately exclude any apps you don’t need. Smaller titles such as Jetpack Joyride and Disney’s Tsum Tsum both worked fine. Hardcore gamers would therefore be advised to steer clear of the device in favour of something more robust in terms of processing power.

The POP S3’s 5MP camera won’t suffice for photography enthusiasts. Add to that the poor resolution, and most images will seem average at best.

Nonetheless, it also offers some decent editing and toolbox functions including image ISO and exposure settings. A ‘sports’ function and panorama mode are the same as you will find on the Kestrel. Meanwhile, a similar 1080p video recording function is also available.

The Alcatel One Touch POP S3 has its merits, especially taking into account the sub- £100 price of the device.

The problem here is that by making room for 4G LTE capability Alcatel has been forced to make cutbacks in crucial areas. However, if you are simply after the option to access faster web browsing and app speeds on the go, then the POP S3 offers you that at the cheapest price possible.

What it won’t give you is fast and detailed gaming, decent video playback and a quality camera. That’s not to say that other entry-level devices offer anything far more superior. They just do all their basic tasks better and, at this price point, that’s the most you can ask for.

Judging by the POP S3, the dawn of the affordable 4G smartphone is not quite upon us yet. If you’re willing to pay the extra for the service then you should also consider shelling out more for a quality device to use it with.