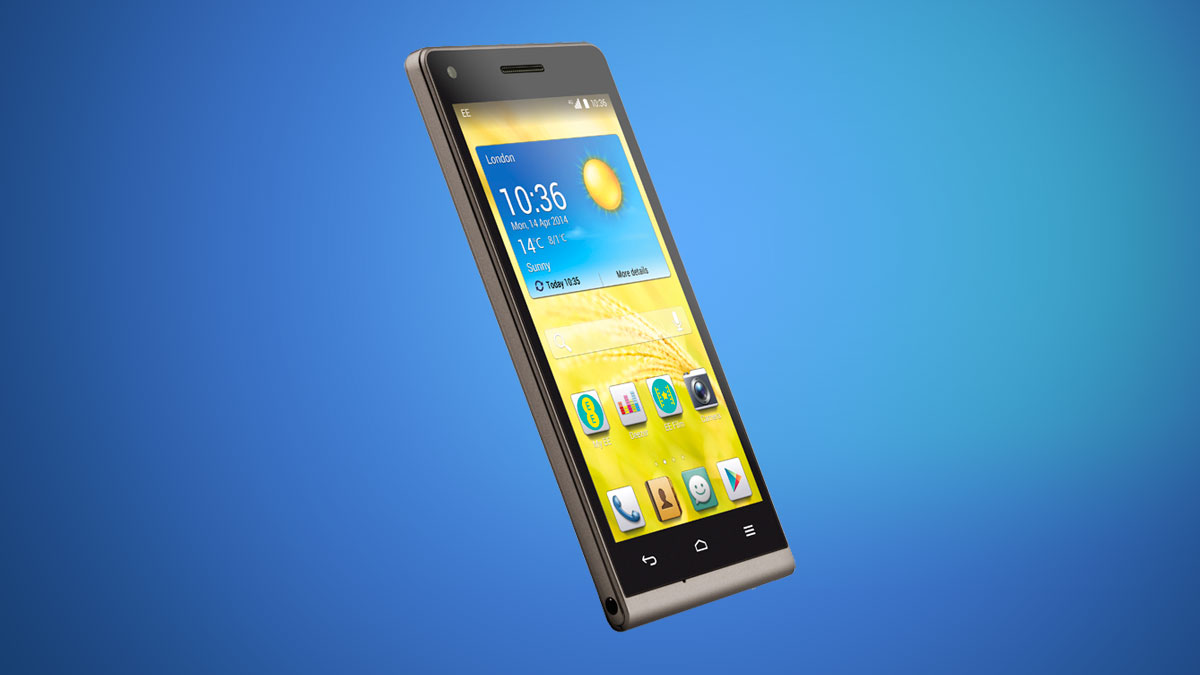 EE has been pushing its affordable 4G handsets of late. Although the Alcatel OneTouch POP S3 may currently be grabbing headlines as the cheapest 4G smartphone on the market, the Kestrel could turn out to be the sleeper hit of the summer.

Everything from the phone’s design to its specs is an upgrade on the POP S3, but its slightly higher price tag and monotone anaesthetic may rule it out for entry-level enthusiasts.

Voted the UK’s best network, EE is not resting on its laurels. The operator has obviously done its research, which led it to a gap in the market for affordable 4G phones. In the past consumers after a 4G device would have had to settle for a high-end handset. The EE Kestrel, and the POP S3, changed all that and in the process bought faster mobile broadband accessibility to the masses.

Since then, Vodafone has also released its own line of 4G handsets and – with the fast rollout of the technology in the UK – it may only be a matter of time until manufacturer’s such as Samsung and Nokia do the same for their entry-level phones.

Apart from being a trendsetter, however, is the Kestrel a good smartphone in its own regard? We tested EE’s debut 4G phone to find out.

EE’s remarkably light handset is manufactured by Huawei, and it shows. It’s rigid top and curved bottom falls in line with the Chinese mobile maker’s aesthetic – the same goes for the larger bezel at the bottom of the display, which houses the three main control functions.

The black-grey combination is slightly darker than you would find on a space grey iPhone 5S, which sets it aside from the brighter handsets being produced in the entry-level sector. Unlike the Pop S3, Moto E and Lumia 630, it doesn’t opt for customisable back covers either. Overall, the Kestrel boasts a more sombre aesthetic.

At 4.5 inches its screen is slightly larger than that of the Pop S3 (and the iPhone 5S). We couldn’t help but think that cutting down on the bezel size would have made for a sleeker smartphone.

Aside from that small concern, the only notable difference in terms of design is the unorthodox placement of the portholes. Finding the charger connection at the top and the headphone jack on the left-hand side may not be to everyone’s taste but, practically speaking, it doesn’t detract from usability.

Both Facebook and Twitter performed reasonably well on the Kestrel. We browsed through the image and text-heavy ‘Discovery’ tab on the latter and found that pictures took a second to appear, which wasn’t noticeably off-putting. The same went for Facebook, which performed well overall. Opening links on the social networks via the Chrome browser app was also smooth, as was web browsing overall.

The popular photography app Instagram was comparatively faster than its social network counterparts. However, it too suffered from slight lag when opening collaged images, for example on our grid-like profile page. Taken together, app performance was generally solid in terms of speed across the board.

Although the graphics on the games we tried out on the Kestrel didn’t quite match the detail you would find on high-end devices, they ran as smoothly – without lag – as they would on those same more expensive handsets. For example, a fast-paced racing title such as Real Racing 3 had a remarkably smooth frame rate. A closer look at the cars within the game and you will notice that they are not as detailed but that doesn’t detract from the overall experience. Unless, of course, you aim to use the phone primarily for gaming. Consequently, less powerful titles such as Jetpack Joyride looked and performed perfectly.

The Kestrel does boast a larger and slightly sharper display than the Pop S3. As a result, video playback is better on the Huawei device. Not only do you have the added advantage of a bigger screen but also a better resolution. Watching videos side by side with the Alcatel, we noticed that the Kestrel was brighter and sharper than its counterpart. Don’t forget, this feature affects all aspects of a device, from gaming to viewing images. Therefore, we regard it highly.

The two cameras on the Kestrel are both relatively weak, but the rear-facing snapper does make up for its lack of power with some decent functions. Features include a HDR mode (for more detailed images), panorama mode, filters, object tracking and touch capture controls.

Despite, most of these functions being made available on a vast number of contemporary handsets, it’s convenient to find them bundled on to an entry-level device. Standard 1080p video recording is also featured.

The EE Kestrel is the best entry-level 4G handset on the market and this is in no small part due to Huawei. The manufacturer has built a solid handset that consumers will use beyond its 4G-LTE capability. Although, its weak resolution is a major flaw, it has plenty of other positive attributes including a smooth UI, the ability to handle a vast range of games and decent web and app browsing speeds. Not to mention its surprisingly light weight and reliable camera.

The EE Kestrel is a reliable handset that boasts good usability and Huawei’s superior design-work and UI. Unfortunately, the EE Kestrel’s entry-level specs don’t do justice to the 4G-LTE they came bundled with. Therefore, we would advise sticking to high-end handsets for the time being.