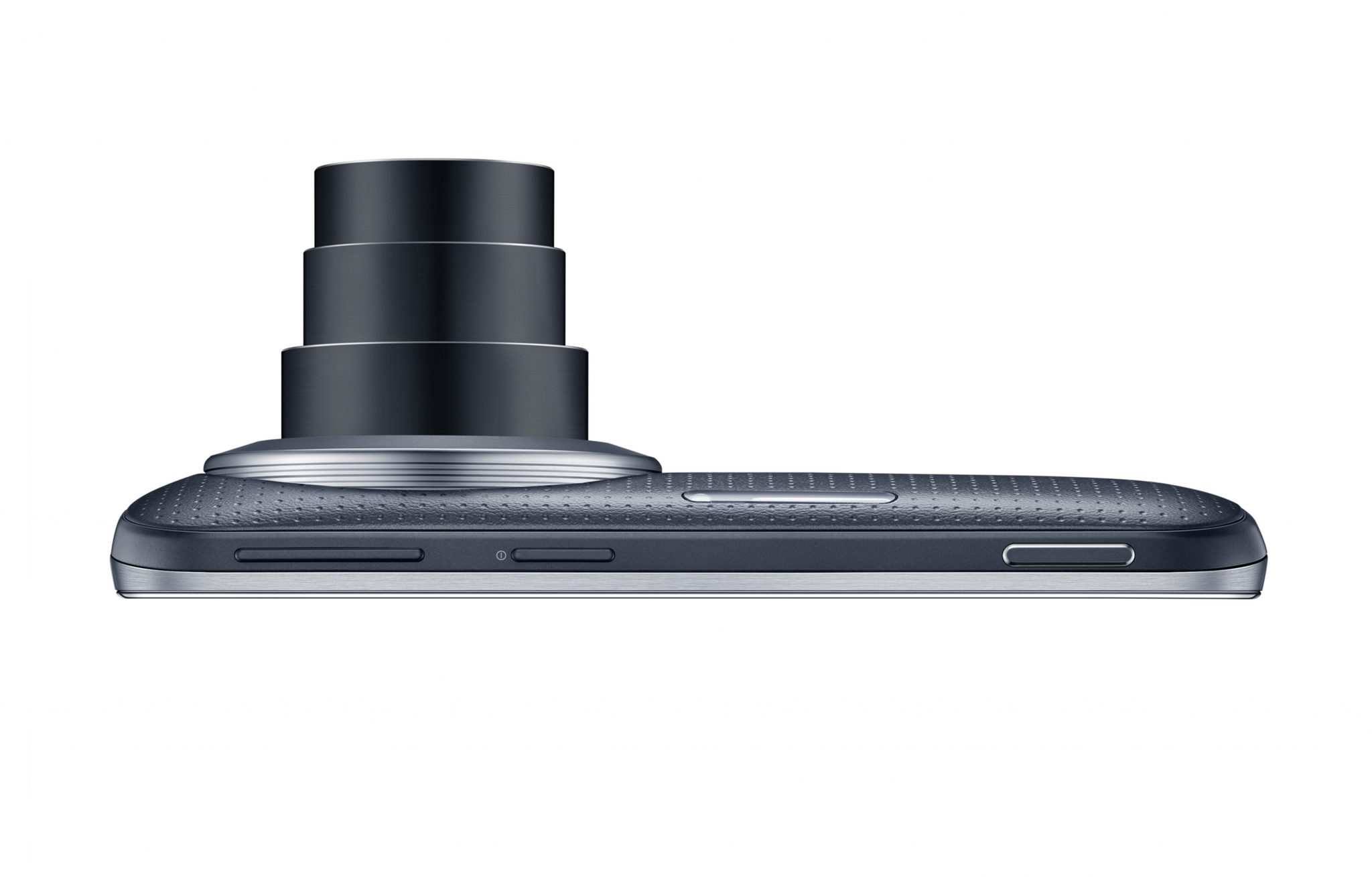 All of them, however, offer limited zoom functions. None of them matching a compact digital camera. Samsung aims to bridge that gap with the Galaxy K zoom, a phone-camera hybrid that sports a 20.7MP lens with 10x optical zoom.

A phone that emulates a camera, right down to its bulky design, is surely suffering from an identity crisis. Samsung thinks otherwise, and has branded the K zoom a “slim and chic” handset.

From an aesthetic perspective, the Galaxy K zoom is first and foremost a camera. Its bulky size and the protruding bump on the back that houses the lens, means that it is virtually impractical to carry in your pocket.

There was recent talk within the online tech community about whether the increasing size of phones would lead to clothes designers making larger pockets on their items – especially considering the upcoming release of a 5.5 inch iPhone 6. A Galaxy K zoom user, however, would require very deep pockets.

The width of this phone-camera hybrid is 16.6 mm. The Galaxy S5, on the other hand, is less than half the width at 8.1 mm and that’s not even the slimmest phone on the market. In fact, the lens on the back gives the device a similar bulge as was found on the Nokia Lumia 1020, which housed a superb 41MP camera.

Although the back of the K zoom may at first glance resemble the dimpled style of the Galaxy S5 – a closer look reveals otherwise. Firstly, the K zoom has a curved back, most likely to house the lens. The plastic back also has a different feel to the S5, which had a matte look with textured dimples. Running your hand over the back of the K zoom makes it feel even more cheap and plastic, with no texture at all. That’s where it differentiates from digital cameras too, which tend to come with all-metal exteriors.

Therefore, if you were unimpressed by the Galaxy S5’s design, then the K zoom will only add to your disappointment.

When you’re not using your K zoom to snap detailed images, chances are you’ll want to use it for general smartphone tasks. So how does it perform as a standard handset at everyday tasks such as web and app browsing, gaming and video playback? You can rest assured that the K zoom does most tasks well, but it never goes the extra mile. This is a mid-range phone with a premium camera that puts it at the higher end of that price bracket.

We assume that the services  that K zoom users will use the most are video and photography apps such as Instagram and Vine. Therefore we tested out both to see how quickly you can upload content to them using the phone. This is obviously one of the advantages of having a powerful camera phone as it cuts out the long-winded task of transferring digital images to your desktop or laptop before transferring them online.

We found that images uploaded to Instagram instantly. There was hardly a wait as there is on other devices. Even high-end smartphones tend to load the images for a few seconds at least. The same went for Vine with videos uploading quickly over Wi-Fi. Additionally, with fast 4G LTE capability, you needn’t worry about slow loading times on the go either.

In terms of gaming, we tested out two powerful titles on the K zoom and found that they both performed relatively well. Zombie shooter Dead Trigger 2 suffered from minor frame rate issues during its extended cut scenes, but the gameplay was generally smooth – even during its lengthy action scenes. The same went for Virtua Tennis Challenge. The mobile spinoff of the successful tennis sim looked good  and ran smoothly despite its fast pace.

There are better displays on the market, which offer sharper resolutions (the Galaxy S5’s 1,920 x 1080 resolution included). Consequently, on the K zoom, you will not be able to watch 1080p HD resolution videos via YouTube – the highest it goes is 720p. Still, 720p videos look good regardless. We watched a trailer for the upcoming epic blockbuster; Exodus: Gods and Kings, and found that it still looked sharp and detailed – which is crucial for an effects-heavy clip. If you are obsessed with resolution and ppi, then keep in mind that there are better displays to be found elsewhere.

By far the standout function on the K zoom is, as its name attests, the zoom lens. Hold down the camera button on the side and you are immediately led to the camera function. The lens quickly pops out and you are ready to extend or retract it, using the volume controls, to fit your image requirements.

Whereas other smartphone cameras make it difficult to capture an image when using the maximum zoom – generally an extreme close-up can be ruined by the slightest movement when taking a pic – that isn’t the case for the K zoom. It makes it incredibly easy to capture far away objects and people by using its 10x zoom capability. Below you can see a selection of images taken by using the K zoom’s various modes, including normal, HDR and the maximum zoom. 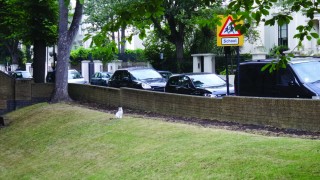 Cat – from a distance 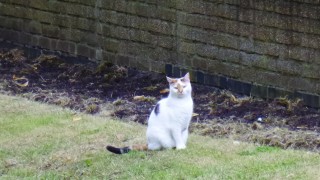 You can shoot both images and videos immediately from the camera menu by selecting either icon. This makes for a refreshing change from other devices, which pause to switch between functions. You can aset the video to the highest quality possible (1920×1080, 60fps), via the settings icon in the menu.

The exhaustive amount of camera functions encompasses 27 modes in total. Some of these sound like gimmicks (a ‘fireworks’ mode?), whereas others – like HDR – make sense.

Outside of the camera itself, the K zoom also comes packed with built-in apps and widgets to enhance your photos. The Camera Studio widget provides a handy collection of tools, apps, and purchasable features for photography enthusiasts. To access it, swipe to the left from the centre of the screen. Here you will find your image and video gallery and the ‘Studio’ image editing app.

The Studio app lets you enhance and edit your saved images by changing the brightness and saturation settings, crudely drawing on the images (in the vein of Snapchat), adding filters and playful decorations such as stickers and frames. It’s like having the editing features of Snapchat and Instagram in one convenient place. Whether you will use it over those apps is debatable, but it’s a nice feature to have.

The Pro-Suggest tool on the other hand, is a camera shortcut that allows you to add filters to images before you even take them. So, you can experiment with the kind of tone you’re aiming for – filters can be changed in terms of intensity by using touch controls – before snapping your pic.

The Galaxy K zoom provides one of the best cameras we have have seen on a smartphone. Additionally, its zoom functions are unparalleled. It’s just a shame that it didn’t get the phone bit right. Aside from offering good usability across the board, it is too bulky to carry around as a mobile phone. You’ll have a hard time fitting it in your pocket and what’s the point of carrying it in your bag if you risk missing calls and notifications.

As recent handsets such as the Nokia Lumia 930 and Sony Xperia Z2 have shown, you needn’t sacrifice design when adding powerful features to a handset. Therefore, the K zoom will be a hard sell as it occupies an odd middle ground. It has the functions of a solid Samsung smartphone and the features of a decent digital snapper, if only it chose the design aesthetic of the former.

We can see what Samsung set out to achieve with the K zoom. A solid Android smartphone with a digital camera lens is no small feat. The K zoom, however, veers closer to the latter. In fact it looks like a dated digital camera at best, as newer devices are much more compact. If you’re after a smartphone with a solid snapper, we’d advise you to seek out the LG G3 or Xperia Z2 instead.