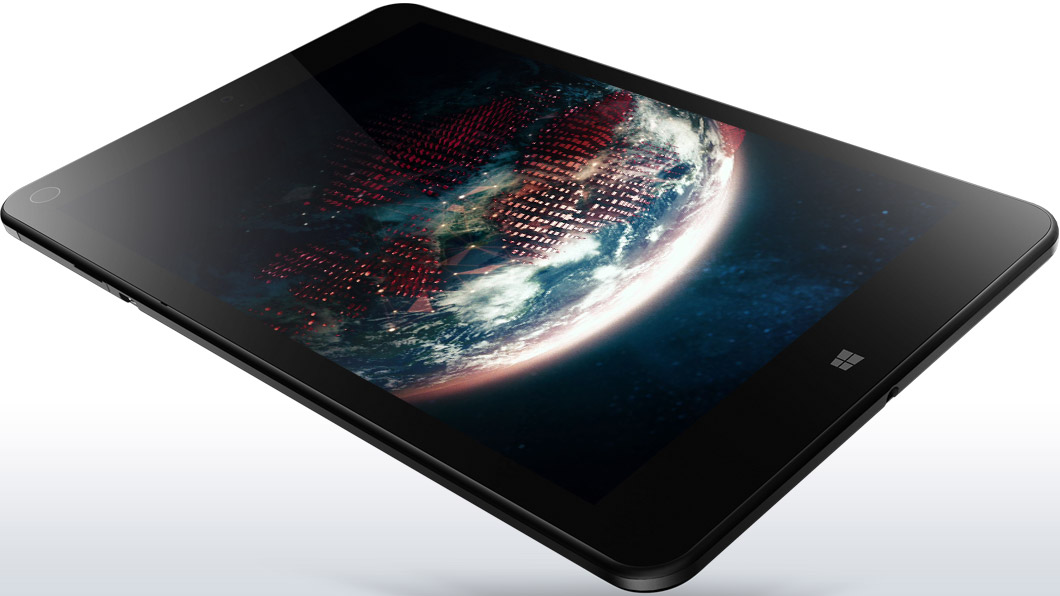 The compact tablet market is under threat. Recent findings reveal that consumers who already own slates are increasingly ignoring newer devices and smaller screens are being shunned in favour of larger displays the world over.

So is there any chance for a compact Windows tablet – with all the OS issues that come with a Microsoft device – to succeed in this hostile terrain?

Lenovo, which releases a range of Windows and Android slates, doesn’t seem so confident. It recently discontinued its current batch of smaller screen Windows tablets in North America, among them the Miix 2 and this exact device – the ThinkPad 8. Its reasoning; lack of demand.

To be frank, it’s not hard to see why it made this decision. Despite lack of interest, the ThinkPad 8 offers an infuriatingly mixed bag of features, with soaring highs often met with disappointing lows.

The focus here is purely on business users who, by the looks of things, Lenovo expect to want IBM products – even when it comes to slates. If IBM made a tablet it would look like the ThinkPad. That shouldn’t come as a surprise as Lenovo already produces an IBM notebook-tablet hybrid in the form of the ThinkPad X230T.

As a compact, the ThinkPad 8 is a smaller slate than its counterpart and therefore looks a lot sleeker. It also contains the IBM aesthetic in its similar embedded controls on the side and all-black colour palette.

Although gaming is hardly Lenovo’s priority in this case, you had think that a robust 2.4 GHz processor would offer solid gaming thrills regardless. We tested it out and found that the results were mixed.

A powerful, fast-paced racing title like Asphalt 8 suffered from frame rate issues but the graphics were particularly detailed – with even the text on the cars standing out due to the solid display resolution.

Another, less frenetic, title such as Royal Revolt 2 proved a lot smoother. The powerful RPG looked vibrantly colourful with the ThinkPads display turned all the way up. Although, we doubt business users will be primarily using the device for gaming, but everyone needs a pleasant distraction from time to time, right?

Lenovo’s slate offers a decent 1200 x 1920 pixels resolution. That means that videos look crisp and detailed. We watched an effects-heavy trailer for the upcoming Dawn of the Planet of the Apes film in HD via YouTube, which looked particularly impressive. Saying that, there are better displays on the market and the ThinkPad is overshadowed by the Samsung Galaxy Tab S and the older Google Nexus 10, both boasting 2560 x 1600 pixels screens.

Finally, perhaps the ThinkPad’s biggest flaw in terms of performance is its weak battery life. For a slate aimed at business users that are going to be using energy-draining productivity apps, the battery – which Lenovo has kept under wraps in terms of its power – is constantly under strain. In fact, we found that we had to keep charging the device – which, by the way, takes ages in itself to reach a complete charge – even when we weren’t running any demanding apps.

In terms of popular third-party apps, Facebook ran smoother than the other social networking offerings, although there are still some glaring exceptions on the Windows app store such as Instagram (which only just made it to Windows Phone in beta form). Photo albums opened relatively quickly on Facebook and scrolling from left to right on their endless grids was quick. The same went for out News Feed, which refreshed almost instantly even when scrolling at a rapid pace.

Twitter on the other hand was less responsive. Firstly, our dense timeline occasionally suffered from lag as did the Discovery tab. The main navigation icons located on the left-hand side toolbar also occasionally disappeared. Although this may just be a problem with the apps compatibility with Windows tablets. However, having recently reviewed the Lenovo Miix 2, we don’t recall having the same issues – which doesn’t bode well for Twitter fans hoping to use it on the ThinkPad.

We also installed Tumblr-lite, a downscaled version of the blogging platform, which we found fared a lot better despite containing GIF and image-centric content. Posts displayed quickly and without lag and we managed to re-blog content without disruption too. Its just a shame that the Windows version of the app includes advertisements.

Alongside a lack of compatible Windows 8 apps, another issue with Lenovo’s Windows slates is their insistence on including a PC desktop alongside the Live Tile UI. This creates both navigational and control problems as the former has small pop-up windows and unresponsive features. It is all well and good if you are after additional software that you can’t find via the Windows Store (VLC player and other multi-media services included). Otherwise it is an infuriating distraction, which you often have to access for the most bass tasks – such as turning up the devices brightness.

Lenovo has touted the thinkPad as a device for business users and sure enough they have included a bunch of built-in productivity apps to please even the most ardent of workaholics out there. Below are listed all of the highlights in terms of productivity software on the slate.

Hightail for Lenovo: cloud storage with 5GB of storage free for Lenovo users upon sign-up.

QuickCast: Another Lenovo-specific app that allows user to quickly connect and share files (music, photos, videos, documents) with other devices in one convenient place.

Microsoft Office: We have all used it and its on the ThinkPad out-of-the-box. Obviously, you will still have to register to access its full functions. Remember, Office is no longer unique to Windows products and is now also available for iPad. 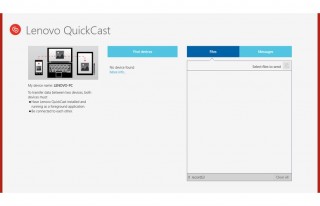 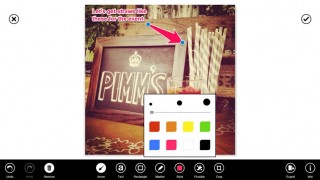 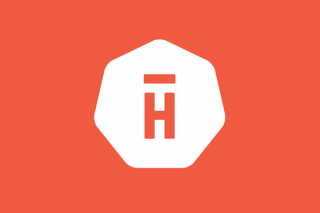 Skitch Touch: A more visual note-taking app than Evernote – although, it can sync with the latter to allow you to edit notes across both apps. Skitch can access your devices camera and maps to allow you to take visual notes, which you can then edit. For example, take an image of a map location and then draw on it, or do the same with a photo. There are also blank pages that you can simply sketch notes on using touch controls.

Photo Editor: Another Lenovo app that offers basic image editing tools such as cropping, rotating and filter options alongside HDR, brightness and saturation effects. Additional functions include photo frames, playful text bubbles and image collage tools. Not quite the same standard as a freemium app such as Adobe Photoshop Express, but it doesn’t come with any hidden charges.

One area where Lenovo hasn’t held back is the ThinkPads features. The device comes packing a powerful 8MP rear-camera and a 2MP front-facing camera, both of which are – in terms of sheer power – as good as anything you will find on other high-end slates.

Although the camera is powerful enough, it also suffers from performance issues and bugs. Despite offering some decent image editing functionality, you may just find it hard enough to capture a decent image in the first place. We found that image quality was especially downgraded in low light conditions.

Additionally, the ThinkPad 8 also offers 4G LTE connectivity for fast mobile broadband speeds on the go. This is definitely a useful feature for business users who are constantly checking emails, surfing the web and doing productivity tasks whilst out of the office.

Its a shame that overall the ThinkPad 8 is about the have-nots rather than the haves. Just one random example is the lack of a stylus, which is a must for a productivity-themed slate.

Prospective buyers must also keep in mind that Lenovo’s Windows options are also substantially more expensive than its Android slates, mainly because they offer more powerful processors and PC desktop elements. As we have found, however, they also suffer from performance issues across the board, which is the last thing you want whilst working.

Nonetheless, the lack of Windows tablets currently on the market inevitably means that fans of Microsofts OS have very few other options currently available. Thats not much consolation in the face of a buggy slate, so we would still recommend shopping around beforehand.

From a buyers perspective, it all comes down to what you will use your tablet for. If you just want a device for general tasks (i.e. web browsing, social networking, gaming, etc) then you can find better alternatives within Lenovo’s Yoga range of Android slates, and elsewhere. If you’re a fan of Windows and in search of a bulkier device that offers plenty of productivity tools, then the ThinkPad is an option (outside of Microsoft’s superior Surface range of slates).