Samsung to launch Galaxy S5 and new tablets this month

Samsung is preparing to unveil a new version of its flagship Galaxy S smartphone this month at the Mobile World Congress in Barcelona.

The S5 is rumoured to include a bigger screen, at 5.25in, than its predecessor the S4 and come in two versions – one with metal and one with plastic casing.

It is also said to contain an improved rear camera with 16 megapixels compared to the 13MP of the S4, and biometric functions such as iris recognition or a fingerprint scanner.

Other features may include a screen with an AMOLED display with a 2560×1400 resolution. The phone may also  come with an improved Galaxy Gear smartwatch.

According to analysts, the launch of the Samsung Galaxy S5 has been brought forward by around three weeks after sales of the S4 came in weaker than expected. As a result, the company is expected to post its weakest mobile annual profit growth in seven years amid fierce competition from Apple and Chinese vendors.

In other Samsung news, the complete range of Samsung’s Galaxy tablets announced at CES – including the  12.2-inch Note Pro  and all three sizes in the  Tab Pro series – will be available in the US on 13 February.

With no word on carrier agreements as of yet, it currently appears that all four models are WiFi-only.  Prices range from  $400 – $850, depending on the model and memory capacity.

Samsung also stated that the new tablets are still outfitted with Magazine UX, which means these products haven’t been affected by the  company’s rumoured deal  with Google.

More Stories
Grand Theft Auto 5 crowned the best-selling game of 2013
Grand Theft Auto 5 has officially been hailed as the biggest game of 2013 after shipping 32.5 million units. Although it was probably a no-brainer for gamers,  Take Two (parent company of GTA 5 developer Rockstar) confirmed the news in its financial earnings release yesterday. The game’s spectacular debut – which saw it gross $1 […]
News - Saqib Shah
LG G2 Pro gets major camera upgrade
The the G2 Pro, the unreleased followup to LG’s flagship smartphone the G2, is set to receive a huge upgrade in the camera department. The Korean manufacturers have spared no expense in blessing the G2 Pro with 4k video recording capabilities, as well as image stabilisation. Interestingly, the image stabilisation is lent to the phone […]
News - Callum Tennent
Sony introduces official PS4 wireless headset
It’s been rumored for a little while now but Sony has finally confirmed a wireless headset for the PS4. The £79.99/Ã¢¬89.99 is named the Wireless Stero Headset 2.0. It’s boasts 7.1 virtual surround sound, a noise-cancelling internal mic and eight hours of battery life. PS4 firmware app 1.60, due to be released tomorrow, will make […]
News - Jamie Feltham 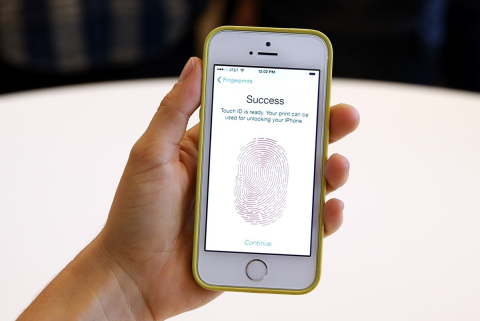 Apple file strange new patent for ‘mood-sensing’ technology
iPhone 5s owners should already be fully familiar with their device’s super cool thumbprint scanner. A joy to use (when it works, which in fairness seems to be most of the time), it makes the user feel like they’re living in a high-tech futurescape – which is quite impressive seeing as it basically just unlocks […]
News - Callum Tennent