Good news for Microsoft OneDrive users. The service has announced that it is offering 15GB of free storage, up from 7GB.

Even better is the fact that Office365 users will get a huge 1TB of free space, up from 20GB. That rather generous amount of storage was previously exclusively reserved for Office365’s business users.

This latest move brings OneDrive in line with its biggest rival; Google Drive – which also offers 15GB of free space – and puts it ahead of other competitors such as iCloud and Dropbox, which don’t offer nearly as much.

Existing users will automatically see the changes applied to their account, so it’s not just a ploy to grab new users. 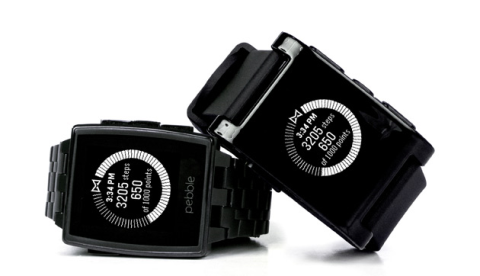 New Misfit app brings fitness tracking to the Pebble smartwatch
Pebble continues to update its e-paper smartwatch, this time in the form of a partnership with Misfit, the company behind the Shine fitness tracker. Together, they have taken the basic functions of the Shine and introduced them to the Pebble smartwatch in the form of a Misfit app. The app will work as a pedometer, […]
Apps - Saqib Shah

FireChat: the connectionless chat app for mobile (UPDATE: It now works between iOS and Android!)
Despite app stores being crammed with messaging apps from WhatsApp to Viber and their many imitators, one app in particular has managed to stand out with a unique feature. FireChat, released last week for the iPhone, is the only chat app that can be used without mobile phone reception. FireChat makes use of a feature […]
Apps - Saqib Shah 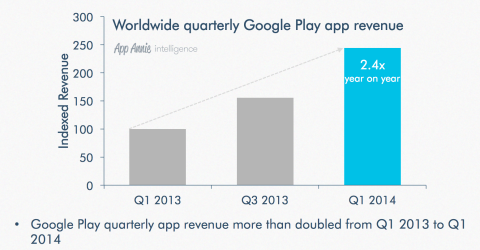 Google Play Store doubles year-on-year app revenue, increases in size by 60% in one year
It seems that 2013-14 is the year that the Google Play Store has finally blown up. Whilst in the past Android’s main app bastion may have forever been consigned as an inferior version of Apple’s iOS App Store, the figures now show that it is now well on the way to forging its own path, […]
Apps - Callum Tennent