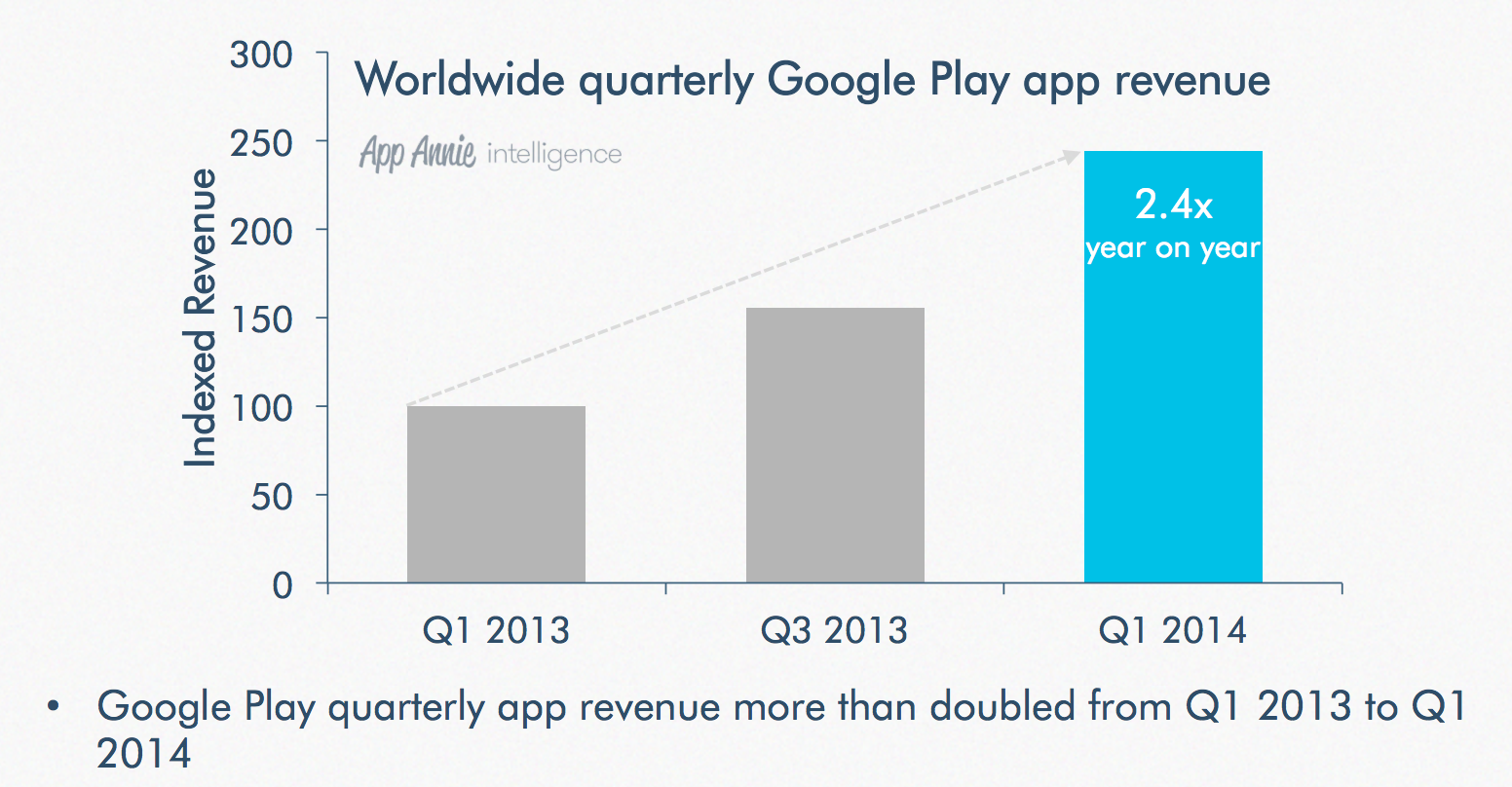 It seems that 2013-14 is the year that the Google Play Store has finally blown up. Whilst in the past Android’s main app bastion may have forever been consigned as an inferior version of Apple’s iOS App Store, the figures now show that it is now well on the way to forging its own path, rather than playing catch-up.

A special report  has shown that in the past 12 months the app store has grown in size by a staggering 60%. It was just last summer that the Google Play Store hit the 1 million apps mark, but there is now already 1.5 million apps available for download.

What may be slightly less surprising to see is that 98% of that revenue is from freemium titles. That said, 98% is still an incredibly large figure, especially when you consider that there is no up-front cost for these contributing titles.

The number of app downloads has increased too, by 50%. This means that revenue growth is outstripping growth of usage by quite some way. In other words, people are starting to spend more and more money on apps and in-app-purchases. Shocking, we know.

Around the world, growth has taken place in just about every major market you could care to mention. Perhaps the most surprising figure of all is that of Brazil’s explosive growth, increasing its total app downloads 2.6x over in Q1 2014 compared to Q1 2013 to become the second largest market for Google Play downloads. The USA is still way out ahead in first, with almost double as many downloads as Brazil. Russia, South Korea and India follow Brazil in that order.

With regards to revenue, though, Japan dwarfs its competition. Japanese Google Play customers spend over 50% more than their US counterparts, and more than ten times as much as we do in the UK.

FireChat: the connectionless chat app for mobile (UPDATE: It now works between iOS and Android!)
Despite app stores being crammed with messaging apps from WhatsApp to Viber and their many imitators, one app in particular has managed to stand out with a unique feature. FireChat, released last week for the iPhone, is the only chat app that can be used without mobile phone reception. FireChat makes use of a feature […]
Apps - Saqib Shah

Microsoft OneDrive giving away 15GB of free storage, 1TB for Office users
Good news for Microsoft OneDrive users. The service has announced that it is offering 15GB of free storage, up from 7GB. Even better is the fact that Office365 users will get a huge 1TB of free space, up from 20GB. That rather generous amount of storage was previously exclusively reserved for Office365’s business users. This […]
Apps - Saqib Shah