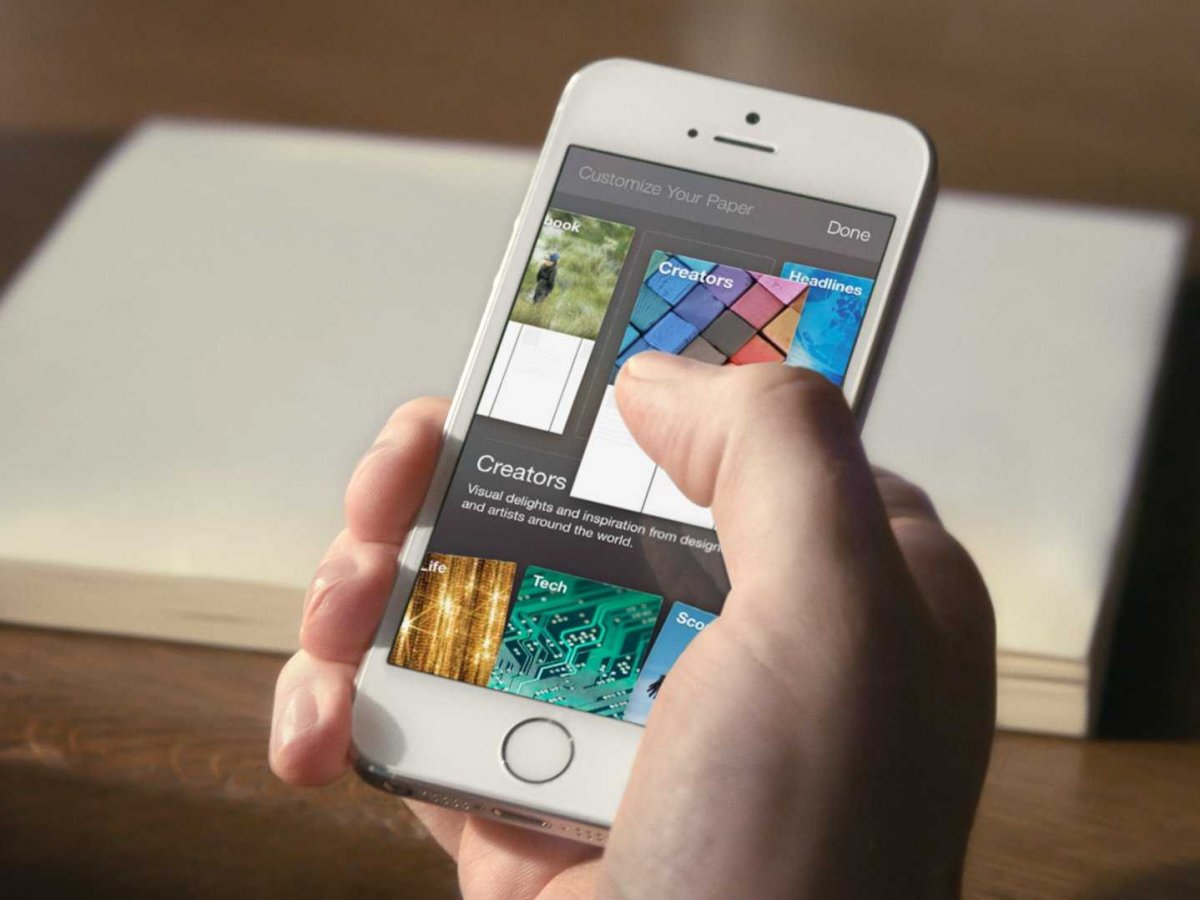 Facebook is set to launch Paper,  its newsreader app for iOS devices, in the US today on the eve of the company’s ten year anniversary.

The standalone app, which some commentators have compared with Flipboard, combines content shared by users with news from a variety of publications.

Along with Facebook’s recent trending feature, the app marks a new focus on news by the social networking giant which last week announced that it generates more than half of its advertising revenue from mobile.

Paper works by presenting News Feed standbys such as photos, videos and articles in a format optimised for smartphones. The app is split into newspaper-like sections such as sport, entertainment and food that you can add to your personal feed to gather news on the topics that interest you.

The app is the first to be launched by Facebook Creative Labs, an initiative that will focus on creating new apps for mobiles. You can find out more about Paper on its website.

More Stories
Consumers still the focus at BlackBerry says CEO
John Chen, current CEO of the struggling BlackBerry, has said that consumers are still the focus of the company. Reports that BlackBerry would be stepping away from consumers have been rife ever since the beginning of the company’s financial issues last year. Speaking to Fast Company, Chen confirmed that the outfit wouldn’t be abandoning the […]
News - Jamie Feltham
iOS Pebble app store for smartwatch launches today, Android soon to follow
Pebble, one of the leading smartwatches currently available, have today launched their app store for iOS. Prior to today, Pebble wearers have had to traverse the depths of Apple’s App Store in search of compatible, often 3rd party, apps for their smartwatch. Through bluetooth pairing apps can now be magically beamed from your iPhone, iPod […]
News - Callum Tennent
Microsoft Windows 8.1 update leaks online one month ahead of schedule – sneak a first look here
Microsoft were all set to showcase Windows 8.1, the first major update for their polarising Windows 8 OS, in just one month’s time, but the software has managed to leak ahead of schedule online. Filesharers have been poking around Microsoft’s latest offering and uncovered some interesting, if fairly minor, changes. Mostly navigational, the new features […]
News - Callum Tennent
Apple testing inductive, solar and motion charging for its smartwatch
Apple is reportedly testing a number of wireless charging methods for use in its first wearable device, the as-yet unannounced smartwatch. According to the New York Times, researchers at Apple are looking at solar, inductive and motion charging techniques for the device. As tech companies make the push into wearable devices this year, the focus […]
News - Saqib Shah