Apple testing inductive, solar and motion charging for its smartwatch

Apple is reportedly testing a number of wireless charging methods for use in its first wearable device, the as-yet unannounced smartwatch.

According to the New York Times, researchers at Apple are looking at solar, inductive and motion charging techniques for the device.

As tech companies make the push into wearable devices this year, the focus will be on battery life with the general consensus stating that consumers are unlikely to embrace the new technology if they have to keep removing the products in order to recharge them.

Although the solar charging methods may take a few years to appear, inductive charging which uses electromagnetic fields from a charging base to charge the device will most likely be the preferred method.

Other rumours include the inclusion of a solar layer within the device and the use of kinetic charging, which is currently used in non-smartwatch devices. 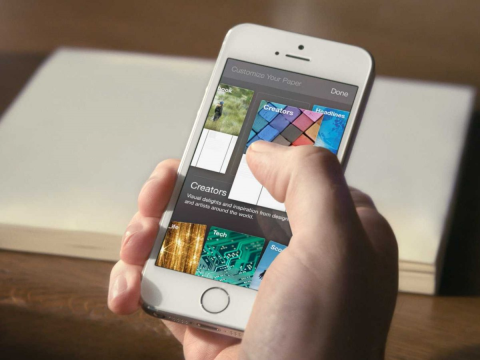 Facebook introduces newsreader app
Facebook is set to launch Paper,  its newsreader app for iOS devices, in the US today on the eve of the company’s ten year anniversary. The standalone app, which some commentators have compared with Flipboard, combines content shared by users with news from a variety of publications. Along with Facebook’s recent trending feature, the app […]
News - Saqib Shah
Microsoft Windows 8.1 update leaks online one month ahead of schedule – sneak a first look here
Microsoft were all set to showcase Windows 8.1, the first major update for their polarising Windows 8 OS, in just one month’s time, but the software has managed to leak ahead of schedule online. Filesharers have been poking around Microsoft’s latest offering and uncovered some interesting, if fairly minor, changes. Mostly navigational, the new features […]
News - Callum Tennent
Ascend Y530 set to lead Huawei’s budget line come March
Huawei have announced the Ascend Y530, the latest in the Chinese manufacturer’s Ascend line of budget smartphones. Developed with the European market in mind, the Y530 will run the Huawei Emotion UI coupled with Android’s Jellybean 4.3 OS. Perhaps a slightly questionable choice given the recent launch of KitKat 4.4, the phone will at least […]
News - Callum Tennent
Tomb Raider dethrones FIFA in UK video game chart
Hurrah! Something has finally dethroned EA’s FIFA 14 in the UK charts! That something would be Tomb Raider: Definitive Edition on PS4 and One. The next-gen port (reviewed here) launched last week and is the first game this year to top EA’s football frenzy. That said, FIFA 14 was still in second place and less […]
News - Jamie Feltham