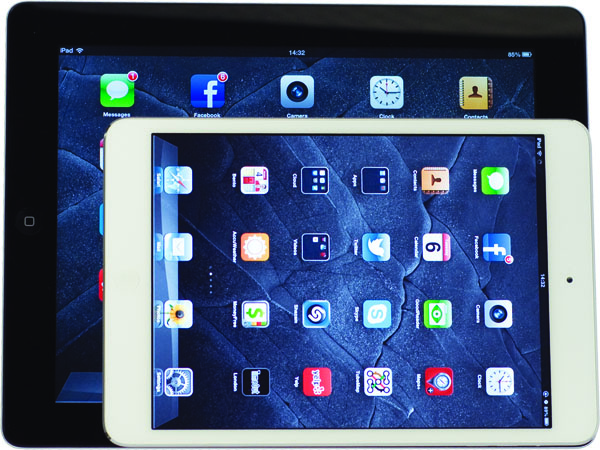 In one of the least surprising announcements of the year, EE has announced that it will be selling the iPad Mini and iPad 4 with a range of 4G data plans – the only network able to do so.

EE boasts speeds typically five times faster than 3G’s 1.5mbps (and above the UK’s average ADSL speed of 8mbps) – of between 8-12mbps (see What Mobile’s 4G feature in our January issue).

Orange and T-Mobile will also offer these new iPads on fast HSPA+ and DC-HSPA (3.5G) networks.

“To celebrate the launch on the UK’s only 4G network we will be offering customers the chance to try 4G free for a month on our EE £15.99 30 day SIM Only Plan, which comes with 5GB of data and Wi-Fi.”

Users who have already bought iPads on SIM plans (i.e. through Orange or T-Mobile) will be able to upgrade also. Those that have SIM only plans will be able to purchase personal wi-fi hotspots, which retail from £49.99 (device costs) with a 1GB plan (£12.99 per month) for 24 months.

4GEE is available in 14 UK cities today – London, Manchester, Bristol, Birmingham, Cardiff, Edinburgh, Leeds, Liverpool, Sheffield, Glasgow, Southampton, Derby, Nottingham and Newcastle. EE is aiming for 98% of the UK population to be covered by the end of 2014.

CES round up day five: Touch screens into keyboards and bendable phones
Physical buttons on a touch screen surface: Holy invention Batman!  Doing the news rounds from CES this week is Tactus‘s tactile user interface, or in layman’s terms, a crazy-sauce transparent layer which replaces the glass or plastic sitting atop the touch screen section of a smartphone or tablet. Why is such a layer worth mentioning, […]
Accessories - Alex Walls

A crystal clear reason for spending £510 on a Skype handset
We all know that using VoIP phones for free and nearly-free internet calls saves us huge amounts of cash. So why not spend some of the money you’ve saved calling Aunt Gladys in Australia over Skype by popping into Harrods for a lovely retro handset from luxury brand J’adore Adorn full of Swarovski crystals. And […]
Accessories - What Mobile