Apple iPhone 7 and 7 Plus announced 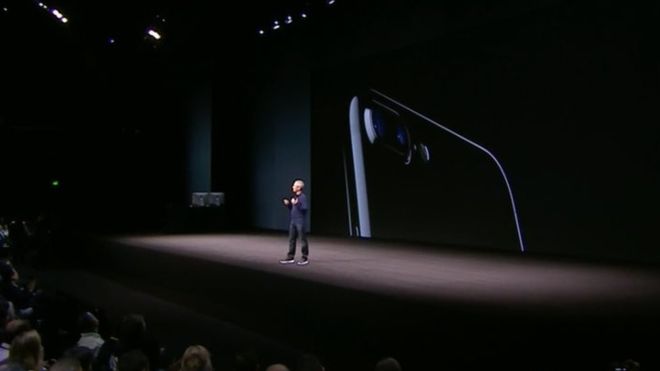 Apple has officially announced the iPhone 7 and 7 Plus, featuring a new design, dual cameras, no headphone jack and an improved home button.

Another year, another iPhone launch… but wait, this one actually carries quite a few things worth mentioning! Contrary to the last launch, Apple has totally redesigned the exterior of the iPhone 7 and packed in a lot of features. They once again proclaimed that this is “the best iPhone ever,” a term they use every launch to describe the new handset. It’s an obvious statement and we’re still waiting for the time they turn around and say “well it’s not as good as last year, but we tried our best!” Jokes aside, this one is a pretty big deal. So lets get to it!

First off is the aforementioned design. While it remains the same basic shape with rounded edges and an aluminium body, they’ve switched to a newer glossy finish. Available in Jet Black and Black (which is even darker), Apple fired off a lot of jargon about how its made while also dropping in the announcement of a standard matte metal finish. Other colour options available at launch will be gold, silver, and rose gold. It’s also waterproof, with an IP67 rating.

The headphone jack has gone, replaced instead with a single lightning connector. For those of you still using 3.5mm earphones, Apple will be shipping an adapter in the box. This is not unexpected, as the company really had an obligation to support the millions of users who will likely still be using their own cans. Apple also announced a pair of in-ears to go with the iPhone 7. Using Bluetooth technology, they feature infrared and pressure sensors to allow fully wireless control. In the place of the headphone jack is an additional speaker, meaning the iPhone 7 now has a stereo setup.

The iconic home button has also undergone a bit of a change, as it’s no longer the mechanical ‘clicker’ that we’re used to. It now uses force touch, allowing context sensitive options based on the amount of pressure you apply. There’s also full haptic feedback taken from the Watch which, when combined with force touch, should allow for some pretty unique interaction.

The hardware powering the iPhone 7 is the new 64-bit quad-core A10 fusion chipset. It runs 40 percent faster than the 6 and 6s models while also consuming 1/5 of the power. RAM remains the same at 2GB, while a new and improved six-core GPU will provide the gaming grunt. The screen remains the same, with a 4.7-inch HD retina panel carrying a 750 x 1334 resolution and 3D Touch carried over from the 6s.

The camera is perhaps the place where the biggest change has taken place, as the Plus model now features a dual shooter. We’ll get to that later but for now, focus is on the standard model. With a single lens camera, the iPhone 7 features an improved f/1.8 lens that lets in 50% more light. The 12 megapixel sensor carries the same resolution as last year but is now 60 percent faster, with a new image processing chip.

The Plus takes things a step further, with a dual camera that features two 12 megapixel sensors. Rather than going for the approach seen in the Huawei P9, Apple has included two lenses of differing focal length in a worlds first. The first lens features a standard 28mm wide angle lens, while the second has a closer 60mm ‘telephoto’ lens. This allows the ability to get optical zoom up to 2x with no loss of quality. You can them zoom further up to 10x, though it will be digital. Each camera be able to operate completely independently within the camera app.