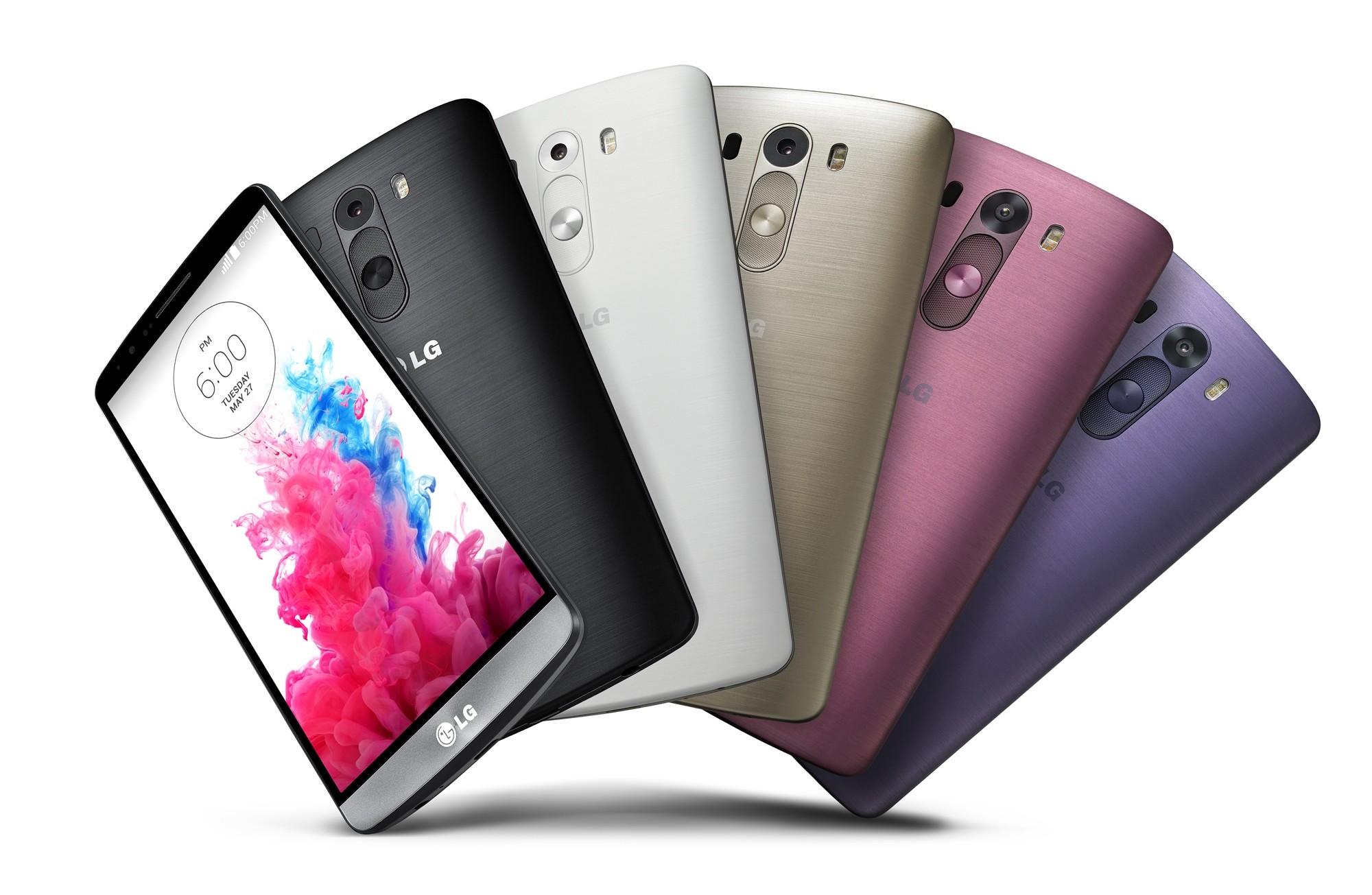 The first half of 2014 has been an incredible six months for flagship smartphones. We’ve seen a fallen giant reemerge in the form of the HTC One M8, a typically strong effort from Samsung with the Galaxy S5, and a polished, noteworthy third-runner in the Sony Xperia Z2.

Ordinarily that would be enough to keep us occupied for a whole year. Even one release over 12 months of that quality would usually be enough to content us – three of them in half the amount of time was like Christmas come early.

Perhaps we were lured into a false sense of security. Perhaps we thought that, after such a wonderful return to form from HTC, there were no more surprises in store. Perhaps we imagined that no other manufacturer would bother to compete in a year with such a strong lineup.

Then we saw the LG G3, and we realised we were wrong about everything.

The G3, objectively speaking, is the most technologically advanced smartphone on the market today. It’s a wonderful piece of technology and can rival any device out there right now for the sheer amount of power and gadgetry contained within its casing.

As we see so often, though, it is the implementation which is more important than the technology itself. Fortunately, LG has learned from its past mistakes, taken on board criticism, and managed to create the slickest, most polished, most infinitely usable device in its history.

Heads were initially turned with the announcement that the G3 would boast a ‘QHD’ display. QHD is an acronym of ‘quad-HD’, meaning that the G3’s display has four times as many pixels as a standard 720p HD display. That’s a lot of pixels. Even 2014’s other aforementioned flagships can only offer up 1080p full-HD displays, which have almost half the pixel count of the G3.

It almost goes without saying, then, that the G3’s display is outstanding. It delivers an outstanding level of sharpness which is simply unrivalled in any other smartphone currently available. In truth, the difference is barely noticeable for the majority of the time. If you’re flicking around your home screens, composing an SMS or browsing Twitter, then you probably won’t notice much of a difference between the QHD on show and the 1080p full-HD of another device. The QHD is noticeable, however, when consuming media.

Movies and games pop with an unbelievable crispness. It’s possibly the best cinematic experience on mobile, whilst in-game graphics are remarkably detailed in their rendering. Of course, both of these pursuits are greatly enhanced by the G3’s huge display.

At 5.5 inches its the largest of the current generation of flagships – 0.2 inches larger than the previous largest, the Xperia Z2, and a whole 0.5 inches bigger than the One M8.   There’s no way the G3 would be able to achieve such a clear picture on such a large display without the QHD technology behind it. In fact, despite being 10% larger than the One M8 it packs in almost 100 more pixels per inch, with an astonishing 534 PPI (compared to 441PPI).

Perhaps the most impressive thing about that 5.5-inch display is just how small the body that LG has managed to cram it in to is. It may be a phablet-sized screen, but the G3 is no phablet. To draw another comparison with the One M8, the G3 actually 0.1mm shorter. With a whole half an extra inch of display. It’s also 0.5mm thinner than the One M8, and width-wise it’s only 1.2mm wider than the Xperia Z2.

The G3 would be worlds apart from the competition aesthetically, if it weren’t for one small, niggling factor. When we were first treated to press release images of the handset, we were so excited to see what looked like a handset finally ready to challenge the One M8 in terms of build quality. It looked as if another major handset had taken that extra step and crafted a brushed aluminium chassis, and it looked good.

Unfortunately, it looked a little too good. Too good to be true, in fact, as the LG G3’s rear casing is simply plastic with a brushed metal look to it. Of course as far as plastic handsets go it’s about as attractive as you could possibly conceive, but to opt for the veneer only draws attention to what feels like a cut-corner, and you’ll notice the difference as soon as you pick it up.

The larger screen could be problematic for some as well. A grown man with large hands will be able to operate the G3 one-handed with a little bit of manual dexterity, but it’ll be a stretch. Your average woman, or a teenager who’s still growing, will almost certainly be forced to operate it two-handedly. There is an option to enable one-handed operation to help with tasks like dialling or texting, but it’s rather limited.

Its size is something which the G3 seems quite self-conscious about, and it shows in several applications. One of the most interesting features is called ‘Dual Window’ which essentially enables split-screen multitasking. The screen is dissected horizontally to allow for two apps to run simultaneously, one on top of the other. You can even adjust the size of each window. It’s a fairly niche feature, granted, but you never know when you might need to use it – for example if you want to reference a text message whilst composing an email.

Another handily customisable feature is the pre-loaded keyboard. This keyboard was something that LG was very proud of when it announced the G3, and it’s easy to see why. We type on our smartphones more than anything else, yet so few manufacturers actually bother to make any noticeable changes to the stock Android setup. You can change the size of the G3’s typing area, you can choose the level and aggression of the autocorrect, and you can even choose what functions two shortcut buttons either side of the spacebar perform.

Dragging your thumb left or right across the space bar allows you to move the cursor without having to fiddle around in the main body text, and it even has swipe-to-type functionality (although it’s not particularly good). Despite these neat features, the LG keyboard is still a hard sell though, as most seasoned Android users will already have an equally well-featured third-party keyboard of choice.

The customisability isn’t just limited to the keyboard, though. LG has done an excellent job of not forcing its UI upon the user. So many prefer the flexibility of stock Android to even the prettiest of overlays, but LG manages to do as good a job as any in balancing the two. As the G3 uses soft-keys you can edit the order and number of home touch buttons too, so you’re not confined to a preset setup.

Unfortunately and unexplainedly, this level of detail ends with the camera. For whatever reason, there’s next to no options for tinkering with the various settings of what is an excellent snapper. The lens is 13MP, as we’ve seen on so many high-end smartphones, but it is the laser autofocus which really makes it stand out.

Photos are taken in the blink of an eye – literally. The laser autofocus actually focuses and takes the shot in a shorter amount of time than it takes the human body to complete the process of blinking. There’s also a couple of nice features to assist you in the photo-taking process due to the handset’s oversized form factor. You can programme in a trigger word to activate a timer, like ‘cheese’ or ‘smile’, or if you’re taking a selfie you can clench your free, open palm into a fist in view of the lens to initiate a countdown.

It’s the little touches like that that really set apart the G3’s user experience from other handsets. The knock-to-wake feature, wherein a locked screen can be activated via a quick double-tap, was a greatly appreciated feature on the One M8. LG has taken this idea one step further and implemented what it calls ‘Knock Code’. With the screen divided into four small sections, you can input a code of three or more taps which then functions as a password. You can even tap out this code on a locked, blank display and it will automatically unlock the device and take you to your home screen. It’s a great timesaver, and works with unerring consistency.

Smart Notice is another unique feature of the G3’s ecosystem which has the potential to greatly improve your daily usage of it. As the name implies, it exists to issue you important reminders without you having to actually suggest them. For example it will check the weather forecast every day to see if you need to take an umbrella or wrap up warm. If you miss a phone call and don’t acknowledge it it will remind you to call the person back. It also monitors your calendar and schedule for important events to keep you informed without you ever having to lift a finger.

With the strength and competition of smartphones available today, it’s conscientious additions like this which help distinguish one technologically identical handset from another. The G3 looks the part, too, even if the plastic build isn’t exactly in keeping with its overall premium feel.

Its minor detractions simply stop the G3 from being the perfect smartphone. Fortunately for LG, there’s no such thing as a perfect smartphone just yet, so the G3 is in very good stead. It’s a wonderfully powerful piece of kit, with some outstanding features, looks and form to boot. If you’re looking for the best possible Android device on the market, you would be foolish not to seriously consider the LG G3.