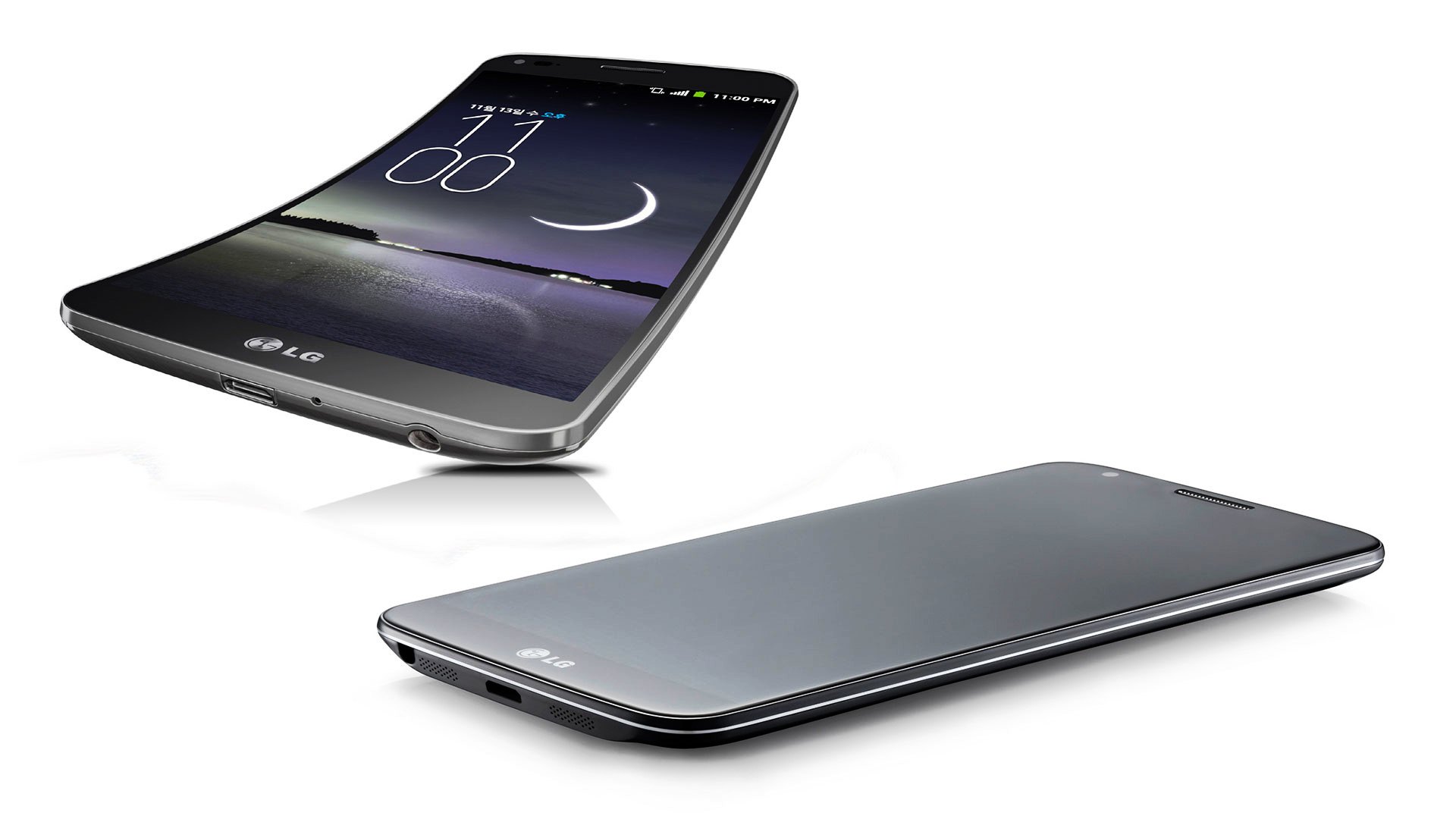 Smartphones are either fat, thin, huge or tiny. But what unites them is that they’re all flat. That is until LG flexed its muscle with the G Flex. Its latest high- end device has a 6-inch screen and is curved from top to bottom, resembling a slightly- warped factory defect.

What purpose does this bend serve? LG offers a few suggestions: to fit the shape of your face better, to enhance the video-viewing experience and to reduce the distance between mouth and microphone and ear and speaker.

The price for all this elaborate tech is £570, making the Flex one of the most expensive phones on the market. Is LG kidding itself that bendiness is ‘innovation’ that warrants such a high price?

While LG has talked up the G Flex’s dent, you might not notice it straight away. The bend is very slight and only really noticeable when looking at  the phone side-on. Still, it does slide along the side of your face as promised, although this is hardly the ergonomic miracle mankind has been waiting for.

From a design viewpoint the curve isn’t groundbreaking. It feels like a gimmick. It has no purpose except to differentiate it from the herd.

The loudspeaker is very clear and the microphone projects your voice when on a call, but not noticeably more than it would on a flat phone.

Another touted feature is the phone’s ‘self- healing’ backing. LG claims light scratches on the plastic coating will disappear in moments. This claim was tested with varying results. Lightly running a fingernail over the device will produce a faint line that soon disappears. However, when we gently pressed house keys into the backing and rubbed it, faint scratches remained.

It might be called G Flex, but don’t assume it’s bendy. It will stretch ever so slightly when you press its sides but it also feels like it could break quite easily if you applied much more pressure.

The 6-inch screen puts the G Flex in the phablet range. So it’s ideal for watching videos but far too big to comfortably fit in a pocket.

It weighs 177g, which sounds like a lot for a phone but it feels very light given the size.

Built-in apps take up a lot of the storage and while the G Flex claims to have 32GB of space, only 24GB is free

The G Flex ships with Android 4.2 Jelly Bean, the most common version of Google’s operating system. It’s a shame that the latest OS, Android 4.4, isn’t running on the device out of the box, but we expect LG will bring it to the G Flex sooner rather than later.

The Flex doesn’t stray too far from the standard Android interface. LG has fitted custom icons to most of its apps. Other than that the menus look like the simple grid of apps and widgets you’ll find on any Android or iOS device.

There are a few intuitive additions. Double-tap the screen when in sleep mode and it will wake up. LG has loaded the phone with gesture control but it can be confusing to keep track of which movements perform which action. You can pick up your phone and end up on a completely different screen by the time you’re ready to use it.

There are a few stylish software additions to complement the hardware. The lock screen shows an animated ocean scene that looks super on the OLED display. When touched, the water ripples. Move your phone up or down and the view will display the sky or submerge beneath the waves.

There are 55 pre-installed apps. Some are useful such as the dictionary and language translator. But we’d prefer the option to install them ourselves.

The G Flex uses Qualcomm’s quad-core Snapdragon 800 processor. With this kind of power the phone runs just about every app you can throw at it. Games with console-like graphics such as Modern Combat 4 and Real Racing 3 will run with fast load times and no slowdown or crashes.

The impressive 620 x 1,280-pixel OLED screen makes the G Flex great for viewing videos and photos. It isn’t Full HD resolution but it offers detailed images and rich colours. We fail to see how the curve enhances the picture though.

The Flex heated up slightly at the top end after about 10 minutes of use. It won’t be noticeable where you hold it. Even then, it doesn’t get hot enough to overheat or cause you discomfort.

The 13-megapixel camera isn’t great for a phone of this calibre. It shoots clear, detailed images and is perfectly acceptable. But it doesn’t compare to cheaper competition such as the snappers on the Sony Xperia Z1 and Nokia 1020.

The camera software allows you to focus images by selecting focus points on the touchscreen. Video records 1080p footage at 60 frames  per second, which is as good as it gets with smartphone cameras.

LG has managed to get a 3,500 mAh battery to fit inside the G Flex. That is a lot of battery power ‘ but the phone eats it up. Charged overnight, the power reserve was down to 15 per cent by lunchtime the following day. When managed properly, the battery can power the phone for just under a day, making overnight charging essential.

The LG G Flex is an impressive phone with a powerful spec sheet and excellent display. But the curve adds very little. It feels more like a gimmick than a design breakthrough.

We can’t blame LG for trying something different but this isn’t an essential innovation. Add the hefty £570 price tag and we have a very hard time recommending it over other super-phones like the Sony Xperia Z1, Nokia 1020 or even LG’s own G2 and Nexus 5.