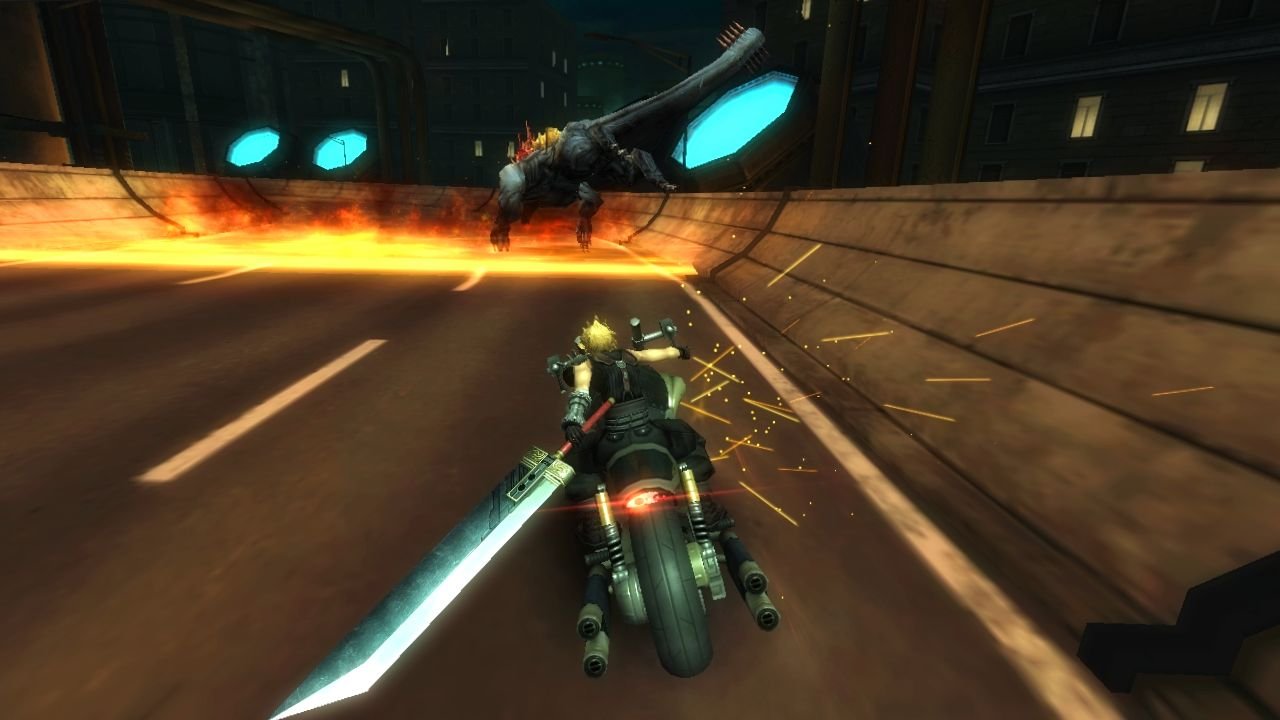 Original story (published: 11 June): One of the most beloved console games of all time has been given a racing spinoff in the form of Square Enix’s new mobile gaming title; Final Fantasy VII G-Bike.

Fans of the original Final Fantasy VII – which was released 17 years ago – should recognise the bike racing sequence that this spinoff emulates.

According to Square Enix, this is more than just a simple racer. The developer states that the new title will add RPG elements, such as character customisation and item collecting to the high speed thrills.

Additionally, the HD graphics on offer here show a decidedly more detailed Cloud Strife ,who retains his fighting techniques from the original title.

Although it’s not the direct mobile port of Final Fantasy VII that fans may have been hoping for, the graphics on display in the trailer look great and chasing monsters from the original title on a bad-ass hog certainly sounds like fun, right?

Square Enix states that the title will be available as a free-to-play download for both iOS and Android devices. Unfortunately, that means you have to deal with annoying in-app purchases.

For all the nostalgia junkies out there, check out some footage of the original mini-game below:

Although, Square Enix did tout a Western release date upon unveiling the mobile spinoff, it has not yet confirmed exactly when that will be. Although, anyone out there eager to get their hands on the free-to-play title can simply change their App Store location on iOS and download it upon its release.

Additional information about Final Fantasy VII G-Bike has also been revealed, stating that you can use Cloud’s big sword to collect Materia in the game in order to upgrade your rides. Square Enix is planning to roll out more Final Fantasy VII mini-game influenced titles in the future. As fans of the original Playstation version will be aware of, these were the games you could play in the Golden Saucer casino complex in Final Fantasy VII and also included the Chocobo races.

Man could receive jail sentence in landmark Android app piracy trial
An operation started by the FBI in 2012 is beginning to come to fruition. The target was Android app pirates, a market which had never actually seen a prosecution before despite costing the app industry millions of dollars every year. Assisted by the French and Dutch police the FBI took down three illegal Android app […]
Apps - Callum Tennent

Wondering why WhatsApp has changed? This is what your read receipts REALLY mean
WhatsApp, the most popular mobile instant messaging service in the world, has recently changed. It’s nothing to do with the introduction of iOS 8 or even Android L. In fact, it’s not really to do with any external factor – the change is actually rather minor. You may (or more likely may not) have recently noticed […]
Apps - Callum Tennent