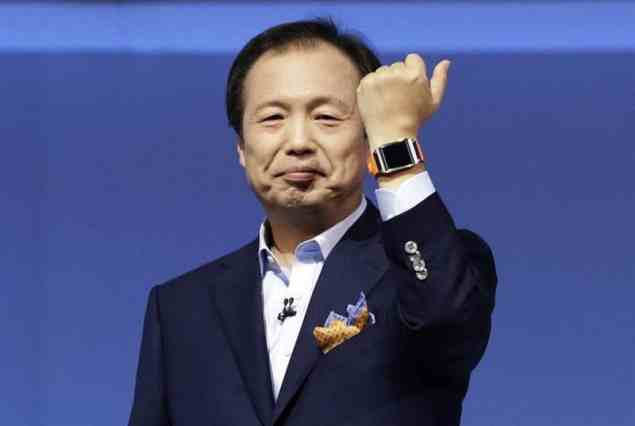 When Samsung revealed the Samsung Galaxy Gear smartwatch to the world, there was a rather muted response from tech fans and experts — and it seems Samsung has taken the criticism to heart, with rumours now claiming that it’s gone back to the drawing board and it’s working on the Galaxy Gear 2.

Whilst many of you will read this and think Samsung would be insane to release another iteration of the Gear so close to the release of the last one, but a report out of Korea has claimed that Samsung is prepping for a CES unveiling in early 2014 for the follow-up.

Apple has already said that it is set to unveil a completely new product category later this year, and many think that Samsung rushed out its smartwatch in order to beat Apple to the punch — which it certainly did, given Apple still has yet to show anything that even resembles the much-rumoured iWatch.

The latest rumours surrounding the iWatch claim that Apple has delayed development until it is happy that the iWatch will take the smartwatch industry to the next level, something Samsung clearly hasn’t done with the Galaxy Gear.

The Galaxy Gear 2 could go head-to-head with the iWatch if it is set for a 2014 launch, with the iWatch also set to be unveiled in 2014 — although not until the middle of the year.

Rumours have only just begun about the Galaxy Gear 2, but it’s widely expected to feature GPS capabilities and be compatible with all Android smartphones — rather than just Samsung’s Galaxy line.

More Stories
HTC’s first smartwatch to be unveiled at MWC
HTC is reportedly gearing up to launch its first ever smartwatch at the  Mobile World Congress event in Barcelona next week. The device will be based on Qualcomm’s toq watch and will use one of Qualcomm’s Mirasol displays,  which allows it to be visible in bright sunlight and save battery life. Perhaps even more interesting […]
Accessories - Saqib Shah