Mobile attraction: what phones do we like to see in the hands of the opposite sex? 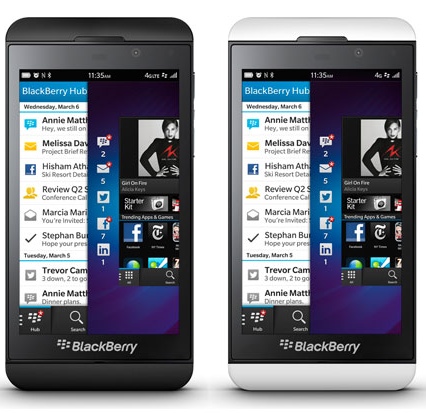 A recent study by mobilephonechecker.co.uk has revealed that the Blackberry Z Series has pipped the iPhone to the post as the most attractive phone for a man to use in the eyes of their female readers.

I would never claim to be an expert on the subtleties of attraction but this survey certainly doesn’t reflect the sales figures, where Blackberry continues to struggle against Apple devices.

Female voters who were p0lled on what motivated their decision cited the Z Series as giving a man a sense of ‘success and confidence’. This might not be surprising considering Blackberry’s claims that their devices are used by 90% of Fortune 500 companies.

Male iPhone users needn’t be concerned though. The survey said that any model (even a vintage 2G) was the most attractive phone to be sporting to 31% of women polled. Male users apparently also favour a lady with an iPhone with 43% ranking Apple’s mobile devices as the most attractive, so if you want to stay sexy but aren’t a RIM fan, Apple have got you covered.

The Nokia Lumia series came in 3rd place for women to use and while it didn’t make it into the top 5 for men to be seen with, both men and women claimed it made the user appear ‘modest’. Perhaps it’s time to invest in a Lumia if you’ve got a reputation for bragging?

HTC might want to worry though, as neither men nor women rated members of the opposite sex using the devices in their top 5. It might be time to get yourself a Blackberry or buy a lot of cats.

BlackBerry Q5 now available in UK
BlackBerry’s ‘budget’ QWERTY device, the Q5, is now available in the UK from most major retailers and networks.
News - Alex Walls
China to leapfrog United States as largest smartphone market
It most likely comes as no surprise, but China is set to leapfrog the United States as the largest smartphone market in 2013.
News - Alex Walls
Skype gets a complete redesign for Android 4.0
Skype announce the release of their new app for the Android 4.0 operating system.
News - Alan O'Doherty