McDonald’s and Angry Birds team up with awful custom burgers 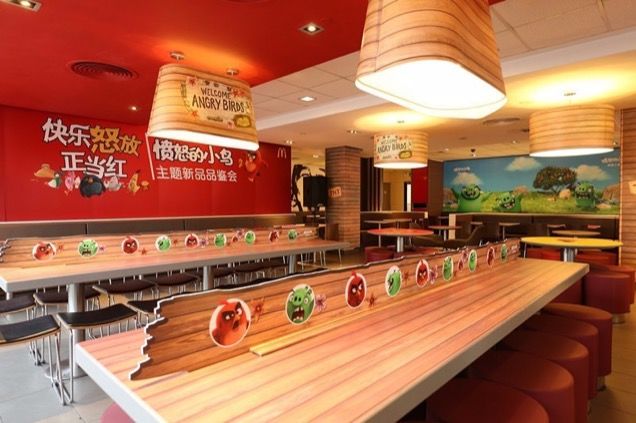 To coincide with the release of the Angry Birds movie in China, McDonald’s has exclusively released possibly the least tasty burgers we’ve ever seen.

There’s two variants currently on sale: a green version curiously named “Naughty Green Pork Burger” and a red version named “Angry Red Burger”. The former features pork, egg, lettuce and some seriously bright green sauce. The latter is a bit more traditional, featuring some breaded chicken and lettuce. Interestingly, McDonald’s has also kitted out its stores with Angry Bird’s decor that includes branding on just about every bit of the building.

It’s an odd move by them to create a burger that is moldy green, even if the pretense was to look like a Pig from the popular game. Typically, when you see a burger of that colour, it’s a sign that you shouldn’t eat it. Meanwhile, over on our side of the world, McDondald’s has been trying pretty hard to improve their image, with better quality meats and an effort to make the food generally healthier.

Maybe China should follow suit. Feast your eyes on the images below… and try not to hurl. 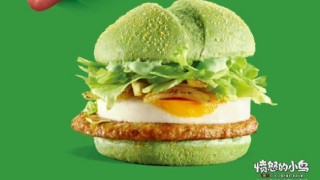 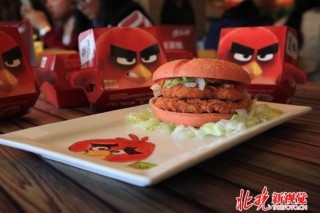 How to turn your smartphone into a UV light (and see hidden messages)
We’ve seen countless clips of people making UV lights out of their smartphones, so we wanted to give it a go for ourselves and see if it actually works!
Apps - Thomas Wellburn
Loot EVERYTHING in this weeks top smartphone games
Mobile gaming is an industry that only keeps getting bigger. Games act as a perfect companion for those stressful morning commutes or short journeys. However, with the wealth of titles on offer it can be a little daunting to separate the good from the bad. We’re bringing back the Top 5! Here’s our pick of the five best smartphone […]
Apps - Manny Pham

Google Daydream solves major stumbling block with virtual reality
Virtual Reality is a pretty lucrative market at the moment and every single tech company under the sun seems to be on board. However, one of the issues that the market has always faced with VR is fragmentation, with no common development platform to make content creation easier. That was until Google announced Daydream at […]
Apps - Thomas Wellburn