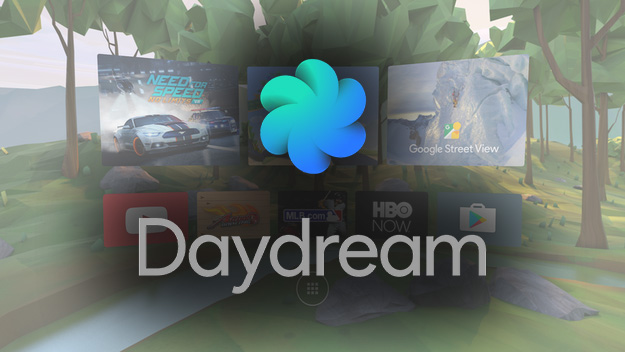 Virtual Reality is a pretty lucrative market at the moment and every single tech company under the sun seems to be on board.

However, one of the issues that the market has always faced with VR is fragmentation, with no common development platform to make content creation easier. That was until Google announced Daydream at their annual I/O Conference yesterday, which has the potential to really shake the market up. Rather than delving into complicated hardware designs like many expected, the company seems to be focusing on creating a platform for third-party manufacturers to build on.

Daydream encompasses both hardware and software components, owing to a specific set of Android specifications that only newer devices running on the upcoming “N” operating system will be able to take advantage of. This includes sensors and spatial awareness tech, which current devices don’t yet fully support. Although Google didn’t really touch on any hardware during the conference aside from some very basic renders regarding headset design ideas for outside manufacturers, the company got pretty deep into what makes their software tick.

While it’s easy to just brush this off as another version of Samsung Gear VR, there’s important differences that set it apart. Daydream is clearly aimed as a one-size-fits-all approach to VR; a place where Google apps are tailored to the platform and a dedicated store for virtual reality will pump out specialised applications. Companies such as HBO and Netflix are already interested, while EA and Ubisoft have signed up as partners to help integrate the service into their mobile games. The platform will also support additional features that the Gear currently doesn’t including motion controls, opening up the door for enhanced levels of interactivity similar to what we’ve seen with the HTC Vive.

In terms of the user interface, it shares quite a bit in common with the current design seen on Gear VR 2. A centralised navigation menu has various boxes that you can select, while the app stray button lingers at the bottom. We’d argue it’s a little more simplified than Samsung’s implementation, which is definitely no bad thing.

When Android N becomes commonplace, it wouldn’t surprise us if most mid-range to high-end handsets adopt the standard, making virtual reality an achievable reality to the majority of Android users. Plenty of big manufacturers are already on board to produce devices that will support the standard including Huawei, HTC, Samsung, LG, Xiaomi, ZTE, Asus, and Alcatel. Just today, Huawei pledged in a press release to support the service with  “Daydream-ready phones, headsets, and controllers to be announced by the end of 2016”.

So long as manufacturers are willing to produce for the platform and produce peripherals, there’s really little to question in their choice to push software first. Google has the biggest mobile ecosystem in Android and potentially the biggest market for VR if they can embed an effective service for users. Just the thought of all new handsets running Android N and higher being able to utilize VR instantly with only the purchase of a cheap headset is something very exciting indeed… and this is from a VR cynic.

WhatsApp BETA scores rare Windows Phone update
After the main application received a pretty substantial update two weeks ago, the BETA version appears to be getting some further love from the WhatsApp team. It’s no lie that Microsoft is struggling to hold big developers on board, with key players such as Pintrest and Instagram either ceasing support entirely or leaving half- finished, […]
Apps - Thomas Wellburn