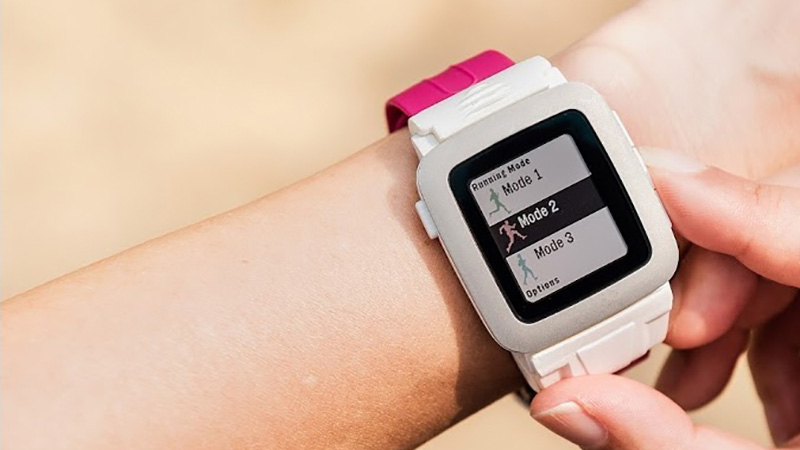 Our top Kickstarter this week is pretty apt, especially with the recent announcement of the Pebble 2 and Pebble Time 2.

Nobody likes carrying their smartphone around for long workout sessions; be it running or in the gym. They’re big, cumbersome and constantly get in the way of everything. ‘Pal Strap’ wants to eliminate the need for a smartphone while working out by cutting the middle man and eliminating the reliance on your handset’s GPS.

Typically, your Pebble watch would leech the GPS data from your smartphone, draining life on both the watch itself and the handset. By introducing a strap with built-in GPS, data can be relayed straight to the Pebble and stored without needing to go through the smartphone first.

Available in a choice of six bright colours, the company behind the strap say it can improve battery life by up to a week on the Pebble, through a combination of this and the included additional 250 mAh cell found within the strap itself. The on-board GPS has the ability to record data for 24 hours, which you can then sync with your smartphone later when you get home through the partner application. This allows access to performance data and sharing with family/ friends.

Full waterproofing is sadly absent but the company stresses that components are water resistant and they hoping for IPx7 certification, which should protect it from rain and the odd splash. As an added benefit, the ‘Pal Strap’ also has the same charging port as the Pebble watch, which also charges both peripherals at the same time. This means that there’s no need to carry around a proprietary charging plug all the time. We know that annoyance quite well.

Head here to read about it for yourself.

What if What Mobile designed the Apple iPhone 7?
We’ve heard lots of rumours about the iPhone 7 recently, which makes us wonder what exactly Apple could be pulling out of their hat come September this year. A new phone is almost certainly on the horizon… but what will it look like? Over at What Mobile, we had some bright (if somewhat ambitious ideas) […]
Apps - Thomas Wellburn