Be the Batman in Line’s new filter application “egg” 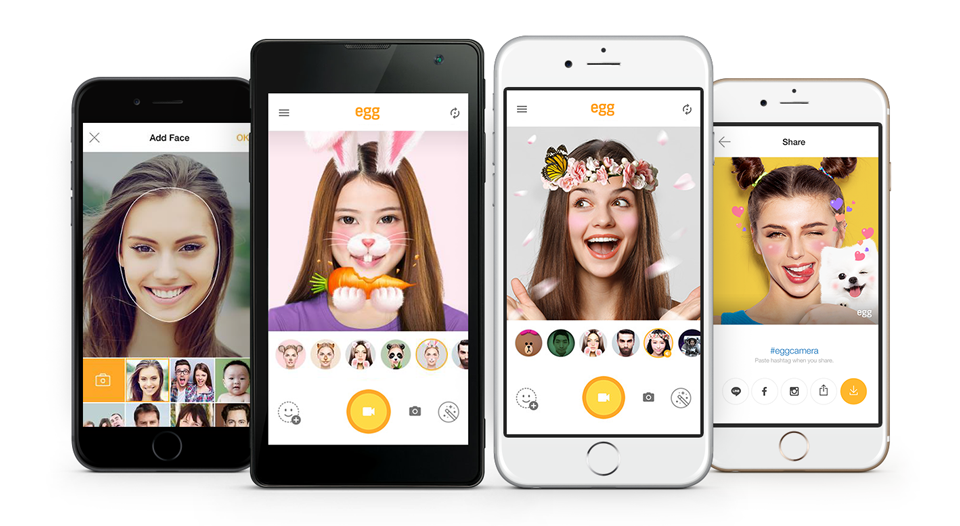 In what seems to be a growing response to Snapchat and their success with video filters, video call application Line has joined the foray by launching its own filter application, which includes a special appearance from the Dark Knight himself.

With over 100 applications in the Line family, the company is branching out pretty heavily into all forms of content. We’ve already seen some pretty cool apps including the limited edition Star Wars: Force Awakens partnership, but now the company clearly has Snapchat as their next target.

Satisfying the niche for people who want cute animal filters, the app is called “egg” and incorporates more than 50 categories, including the standard “cute animals” and “horror” faces. Billed as a standalone app, it’s meant to sit alongside dedicated social applications and provide a platform for those who want to share filters quickly. Functionality is fairly basic, simply pick the desired one and take a snap or video which is saved to your device.

Perhaps the main feature making this app stand out against Snapchat is the ability to natively share content within the application to other social media websites such as Facebook and Instagram. Whereas the former forces you to print-screen the photo (and subsequently reveal said actions to the other person), egg is going for a more social approach where it encourages sharing. The good thing about this is probably that it will mean less dick pics and more, well… funny pics.

We tried the app and there’s certainly a lot of filters on offer but we have to say it, many of them seem to be very similar to what Snapchat already offers. With obligatory tongue faces, bunny heads and face swapping, there’s a lot of crossover. One filter in particular caught our attention, simply because it’s Batman and everybody loves Batman.

To coincide with the release of that awful film Batman vs. Superman: Dawn of Justice, Line has thrown in a special Batman filter that turns you into a virtual approximation of the Dark Knight. The company has also announced that they intend to introduce additional character-based filters such as Wonder in future updates, which gives the ladies a chance to be their favourite amazonian superhero. This should help them to stand out a little bit in what is a very crowded sector.

All things considered, egg seems like a solid application that’s well design and does a specific job very well. If you’re after a dedicated filter app, you can do a lot worse.

What if What Mobile designed the Apple iPhone 7?
We’ve heard lots of rumours about the iPhone 7 recently, which makes us wonder what exactly Apple could be pulling out of their hat come September this year. A new phone is almost certainly on the horizon… but what will it look like? Over at What Mobile, we had some bright (if somewhat ambitious ideas) […]
Apps - Thomas Wellburn
Save money on top London events in this weeks smartphone apps
Apps are the reason why we love our smartphones so much; it’s like having tons of useful little assistants at your beck and call. So why not recruit some new ones to get you through the week! Here’s our top apps for this week!  Letyano (Android and iOS) Letyano is a rewards application with a unique twist, […]
Apps - Thomas Wellburn