HTC UK boss steps down ahead of vital smartphone launch

Just a week ahead of the HTCs key 2013 launch of its new flagship HTC One smartphone, the Managing Director of UK and Ireland, Phil Roberson, has stepped down.

What Mobile’s sister publication, Mobile News, had reported on Roberson’s departure in January – reporting which saw HTC threaten the publication with a lawsuit.

“Phil Roberson is sick and tired of the speculation surrounding his future” was the feedback from the press team at  HTC  at the time, and which saw Mobile News barred from the company’s February 19 product launch, which What Mobile attended on its behalf (see story here). The HTC One has since won best of show at Mobile World Congress.

Roberson (pictured) joined HTC in October 2011 from EE, where he was director of device marketing. Prior to that, he had spent almost eight years at T-Mobile where he had held the roles of senior commercial manager, head of handset management and finally head of terminals and management.

Philip Blair will step in to the role, in addition to his existing position as VP of Product and Operations EMEA. He co-founded the EMEA arm of HTC in 2005.

“We would like to thank Phil Roberson for his dedication and commitment to HTC over the last few years  ‘  he has done a great job and we wish him well in the future. We look forward to supporting Phil Blair in continuing to expand HTC’s business in the UK and Ireland.” 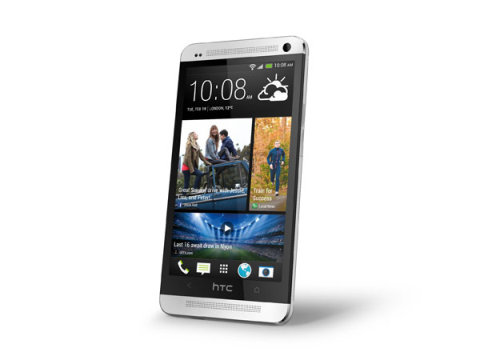 HTC revenue down 44% ahead of HTC One launch
HTC revenues are down 44%, meaning the launch of its new flagship – the HTC One – can’t come soon enough.
News - Alex Walls
UPDATED: Android to dominate smartphone app downloads in 2013
Android will account for more than half the smartphone application downloads in 2013, research says
News - Alex Walls
Interview: There’s never been a better time for mobile start ups
What Mobile had a chat with Simon Devonshire, director of technology incubator Wayra Europe, about what it’s like out there for mobile start ups and what the future holds
News - Alex Walls
Blog: Our winners from Mobile World Congress 2013
We’re putting Sony and Nokia as the big winners from MWC 2013.
News - Allan Swann