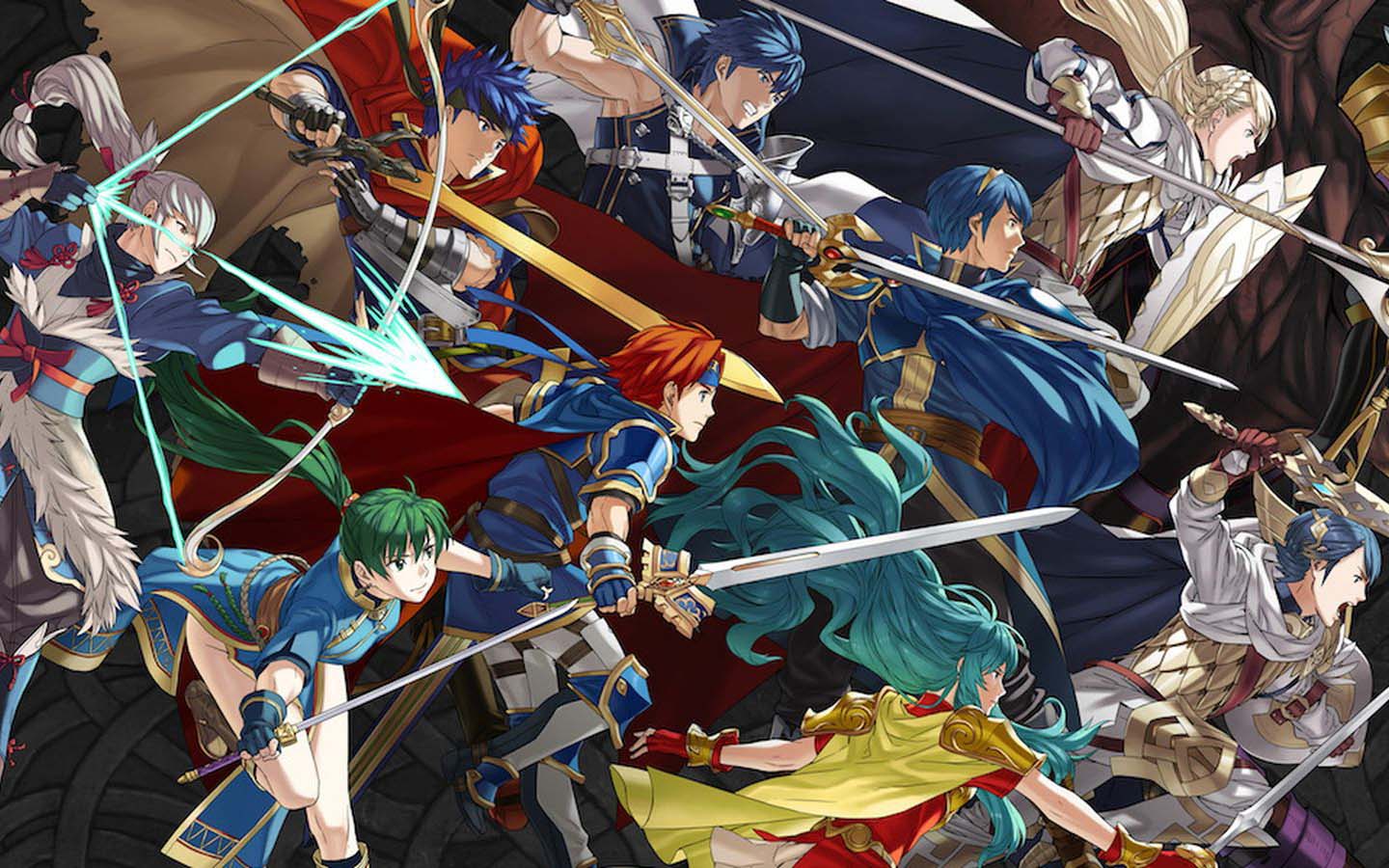 Fire Emblem Heroes is the much anticipated mobile spin-off of Intelligent Systems Fire Emblem series, and it delivers an entertaining JRPG experience, though not without some notable drawbacks.

Developed by an all-star team of names like Kouhei Maeda (lead director for the Fire Emblem series), Hideki Konno (lead producer for the Mario Kart series), Yusuke Kozaki (popular manga and game character artist), just to name a few, Fire Emblem Heroes is a juggernaut of a project between Intelligent Systems and Nintendo EPD.

The gameplay offers a simplified version of Fire Emblem’s turn-based RPG battle system. Gone is the series notable permadeath system for party members, and the difficulty of tactical battles seems to have been dramatically reduced for this mobile spin-off. While hardcore Fire Emblem fans may lament this simplified gameplay, it makes sense for several reasons – Fire Emblem’s core appeal has been to a niche audience who crave highly strategic RPG battles with fascinating storyline. Yet due to the app monetization, Fire Emblem Heroes seeks to engage older fans of the series by presenting them with familiar characters, and target newer players with its simplified gameplay.

The tactical battles themselves are fairly action-packed, challenging, and the control scheme is quite intuitive for touchscreens. Like most action-RPGs, the combat falls into rock-paper-scissors mechanics of sorts – swords triumph axes, axes best lances, and lances stab through swords. Four heroes can be brought into battle, each with unique abilities for maximizing strategic potential. As you work your way through the chapters, the game begins to ramp up the difficulty, which means you’ll need to carefully consider the challenges and your party set-up for the battles later in the game.

The appeal of Fire Emblem Heroes is in unlocking heroes to join your party, which is done by spending orbs. This is where app monetization and grinding rears its ugly head. Winning battles earns you orbs, but you need a strong party to advance through the later chapters. Thus, if you aren’t interested in spending real money to unlock characters, you’ll find yourself in a grind stagnation, where you’re repeatedly playing battles with a party of mediocre characters, just to unlock better ones. This might seem okay for newer fans who are just enjoying the gameplay, but for die-hard Fire Emblem fans, the chance of unlocking their favourite character seems to be quite slim.

The most heavily criticized aspect of Fire Emblem Heroes is the way characters are unlocked. The developers decided to go with the controversial gacha-style gambling mechanic. Basically you spend orbs to roll for random new characters, you don’t open a store of available characters. If you’re hoping to unlock a particular character, you’ll quickly burn through a stash of orbs on re-rolls. Of course you can purchase more orbs for real money, but you’ll end up burning through your cash stash as well. Orbs seem to be quite premium priced – the lowest package available is 3 orbs for $1.99, whereas 140 orbs is a whopping $74.99.

If those orbs could be spent on directly unlocking characters, it wouldn’t be so bad, but each roll costs five orbs. So even if you buy the 140 orbs pack, that gives you 28 chances to unlock a character you’re hoping for, yet there’s around 100 characters total within the game. This unfortunately means that if you don’t want to spend money, you’ll spend an insane amount of time grinding up orbs, and if you do decide to spend money, you’re gambling at top-dollar prices.

As annoying and controversial as the gacha-gambling formula may be, it seems to have been in the developer’s favor – Fire Emblem Heroes raked in a reported $2.9 million USD on its release day, and that number has since climbed to over $5 million USD, with an estimated $33,579 in daily revenue. The game also enjoyed status as the 5th highest grossing mobile game in Japan, and 9th in the United States.

RPG fans not experienced with Fire Emblem should take note it is heavily rooted in JRPG mechanics – experience in popular western RPGs like Min Hero: Tower of Sages or Battleheart won’t transfer to the JRPG style of gameplay. Battles in Fire Emblem Heroes take place on tiled areas, with a limited number of tile moves per turn.

While I must admit I am not personally a die-hard fan of JRPGs, Fire Emblem Heroes certainly has some aesthetic appeal. As I mentioned above, the interface is vastly simplified from traditional JRPG battle mechanics. You simply tap the screen to move your character across tiles when it’s your turn, and if the character you’re moving is in range of an enemy, they will attack. Secondly, the game’s artwork is extraordinarily well done. I don’t mean the in-game pixel-style art, but the character renditions themselves. Yusuke Kozaki is a popular manga artist for a reason, and his art style shines through in Fire Emblem Heroes. Throw in a rich music soundtrack by composer Hiroki Morishita, and Fire Emblem Heroes will keep you addicted one way or another.

In summary, Fire Emblem Heroes is not a “must play” mobile title, but I still recommend giving it a try. A couple hours into the game and you’ll see why it has become so popular in Japan, but unless you’re rolling in the dough, the gacha-gambling system will likely lead you to find something else to play, unless you A: have an obscene amount of time to spend grinding, or B: have an obscene figure in your bank account. 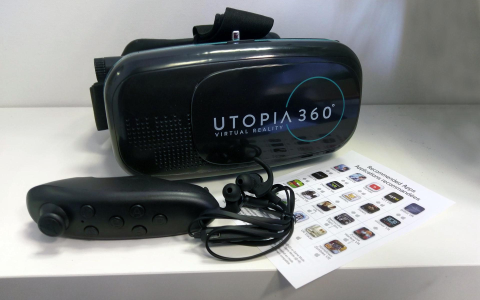 Utopia 360 VR Headset Review
VR Headsets are becoming commonplace these days, with cheaper and cheaper options now available to consumers. The Utopia 360 is yet another budget headset that offers a virtual reality experience, though this time in a unique bundle which offers excellent value.  First impressions are somewhat mixed. Build quality is good in places and bad in […]
News - Thomas Wellburn 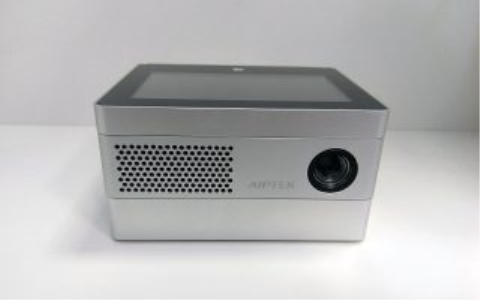 Aiptek iBeamBlock L400 Portable Projector Review
The Aiptek iBeamBlock is an interesting take on the portable projector design, offering a modular package which should appeal to professionals wanting a complete solution on the move. The key thing which makes this product so interesting is a modular design. Cramming a tablet, projector and battery into the same package is pretty impressive. All […]
News - Thomas Wellburn 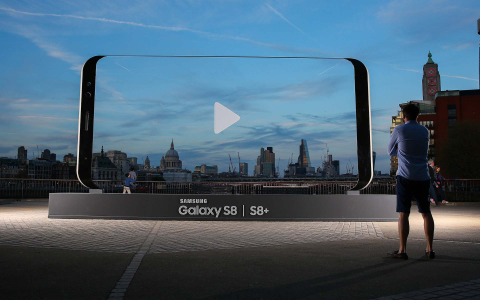 There’s a Giant Samsung Galaxy S8 on Tour in the UK
To celebrate the impending launch of the Samsung Galaxy S8, the company has constructed a giant ‘Infinity Display’ which will be making various stops around the UK. Samsung is resting high hopes on the Galaxy S8 after the Note 7 debacle. With the recent Unpacked event now done and dusted, the electronics giant is embarking […]
News - Thomas Wellburn
How Smartphone Technology Can Save Landlords Time, Money, and Stress
The job of a landlord or property owner can be excruciating. These professionals spend a lot of time at work, filling out forms, finding the right tenants, collecting rent, and making sure the properties are well-maintained. The process demands time and money; not to mention that it can be very stressful. The good news is, […]
News - Davis Miller