Ahead of the official announcement net month, Huawei teases the new dual cameras of the P9.

There really isn’t much left to the imagination, we cans see the P9 logo right there and it looks to almost definitely have dual rear cameras. This follows Huawei’s announced partnership with camera specialist Leica, to integrate their camera sensors into Huawei smartphones.

The P9 is expected to look identical to the P8 with a 5.2-inch screen, 5 megapixel front-facing camera, 32GB of internal memory, Kirin 950 processor and 3GB of RAM. Android 6.0 Marshmallow is expected to run straight from the box with of course, Huawei’s Emotion UI.

Earlier Huawei teased the world with an upcoming event in April, with an accompanying hashtag; #OO. Many speculated this to relate to VR but it’s now more likely referring to the dual cameras.

We will be at Huawei’s event on April 6th, with a hands on with the device to come.

Alcatel Idol 4 Pro renders leaked
It looks like Alcatel could be announcing a Windows Phone device, called the Idol 4 Pro.  Followers of Mobile World Congress will think that sounds a bit familiar, and it is as Alcatel announced the Idol 4 in Barcelona. The Idol 4 is a decent mid-range Android device, the supposed new Idol 4 Pro is […]
News - Manny Pham 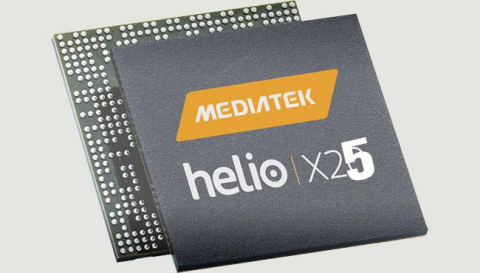 MediaTek unveils new 10-core processor
MediaTek has stepped into the next level with their 10-core processor, the X25. Qualcomm interestingly decided against adding more cores to the Snapdragon 820, instead opting to adopt four custom cores. MediaTek are the pioneers of octa-core processors and have kept up the tradition of more is better. The new X25 seems to simply be […]
News - Manny Pham

New iOS malware can attack non-jailbroken devices too
The black-hats are at it again and have forged a new strain of iOS malware that spreads via the App Store and can infect non-jailbroken devices. The virus in question is known as AceDeceiver and affects Apple’s FairPlay Digital Rights Management (DRM) software, convincing it to install malicious applications on your iOS device unbeknownst to […]
News - Thomas Wellburn

Android N could have “Freeform Windows”
Hidden in the code of Android N is a secret feature Google has been keeping quiet. We’re all super happy that all future Android devices could potentially support multi-windows, as enjoyed by Samsung users. So what can top that? How about a free form window experience. Don’t know what that is? Well it’s the ability to open […]
News - Manny Pham