Blog: The Etiquette of Tablets in Public – can you lean your ereader on someone’s head? 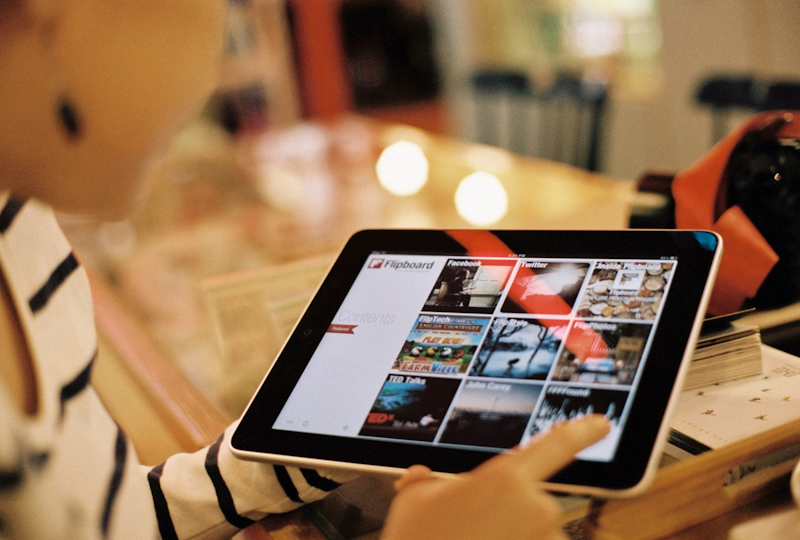 It’s a new age – technology is fast taking over most aspects of our lives.

Heck, if you want to, you can even  automate the love of your life.

But with the new technology comes new rules of social engagement – forget security, just how long do you wait before texting after a date?  How many voice messages is  too  many to leave when they don’t call you back? (Answer: more than one. Also, chocolate).

And just what the heck is the etiquette of tablet reading in public?

It’s an obviously visible and easily readable piece of technology, often held at angles which make public viewing nigh on impossible to avoid.  Bright colours, flashing lights, interesting characters; all are designed to tempt the human eye.  And our general experience with screens in public up until a few years ago was to share in the photons bombarding your eye balls, to happily grow square together.

But these days, tablets act as books, writing pads, computers – generally objects you’d never blatantly read over someone’s shoulder because it would be rude; so is it rude to glance over at a stranger’s screen on the Tube?

I mean, yes, because it’s still someone’s private business they are (attempting) to conduct in their own personal space – it would most likely be a different matter if they played Barney the Dinosaur while holding the tablet screen-outward.  Then, I’d say you’re good to learn some addition.

But sometimes it’s so damn tempting; when catching the Tube home the other day, a  grey haired, very grave and professional looking businessman sat down next to me and, pulling out an iPad, began to play a very vigorous game of ‘Greedy Spiders’, which consists of cartoon spiders trying to eat bugs which you must save by solving puzzles based around webs. Don’t get me wrong, I’m sure it’s a good game, it was just incongruous and highly endearing.

Once, when travelling on a particularly packed train, I could have sworn I saw a taller passenger resting their e-reader on another commuter’s head. Now that’s got to be a definite breach of conduct.

There’s also the ease and convenience of such devices; it’s kind of hard to rip out a book while in the midst of a conversation with a friend, but sometimes it feels like tablets have become the new phones – pull them out to keep an eye on your emails and Google whether you can have different definitions of ‘continent’ (you can’t, I lost). Isn’t that rude too?

But remember, sharing is caring – maybe the last rule should be ‘Thou shalt share thine technological largesse with those less fortunate, particularly if watching Arrested Development‘.

More Stories
Nokia announces ‘Glance Screen’ beta as Lumia 925 sales start in Germany
Lumia users will soon be able to see their clock even when their phone is locked, with Nokia bringing Glance Screen in the impending Amber Update
News - Jordan O'Brien
iOS 7 set to be unveiled at WWDC, could feature new look and iRadio
Apple’s WWDC is upon us, and it seems as if Apple are preparing to announce a completely overhauled design direction, as well as the long-rumoured iRadio
News - Jordan O'Brien
Samsung unveils Galaxy Ace 3
Samsung has unveiled yet another smartphone, this time the Galaxy Ace 3, but no word as yet on UK availability or pricing.
News - Alex Walls
Galaxy S4 gains wireless charging capability through add-on accessory
The Samsung Galaxy S4 has become the latest in a long line of phones to gain wireless charging through an add-on accessory.
News - Jordan O'Brien