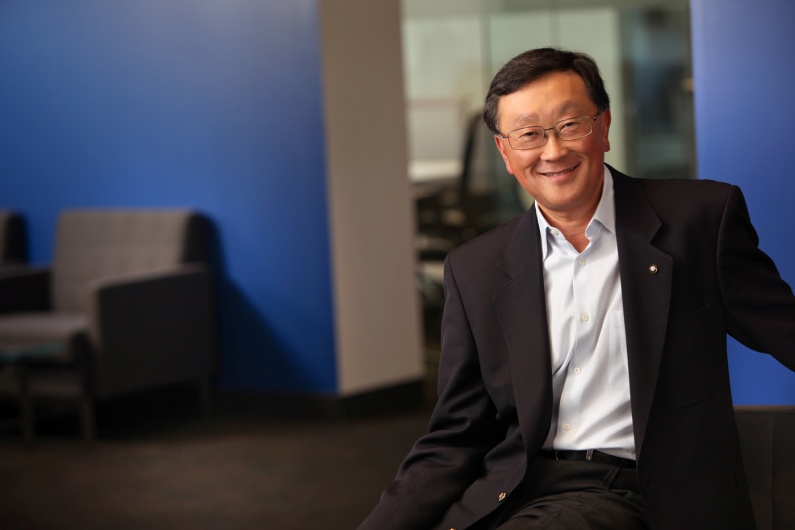 Blackberry’s decline as a manufacturer has been as public as it has been dramatic. It’s no great secret that the fallen giants may soon pack handset production altogether, but not before unveiling two new phones at the Mobile World Congress.

The Q20 and the Z3 are their names, and they couldn’t be much farther apart in nature.

The Z3 is a budget offering, with an impressive five-inch screen to try and entice customers. As you might expect as a phone from a phone originally set to be named the Jakarta, it is scheduled for an April release in Indonesia, followed by sale across the rest of South-East Asia. It’s set to be priced at $200, and will only carry 3G – with plans for a 4G model to come. If Blackberry can find a way to keep the price low on the 4G variant, they could have quite an appealing budget phone for the emerging markets.

The Q20 is much more interesting, though it may be for all the wrong reasons. Blackberry CEO John Chen has called it ‘the classic’. That’s right, Blackberry are reaching back to their glory days to bring you a handset with a full physical keyboard, trackpad and navigational buttons. No images have been released as yet, but it doesn’t take a creative visionary to imagine how it might look.

It’s rather the equivalent of Ford re-releasing a hand-crank Model A in an attempt to reignite sales. It almost seems like submission. In the face of ever-mounting duress, Blackberry have essentially admitted that they are completely out of ideas. It would be rather different if fans were still demanding an old-school Blackberry, but the Q10 released this time last year (which included many of the same features) faced such atrocious sales that Blackberry cancelled half of its planned smartphone releases for 2014.

Could this be one last, half-hearted hurrah for Blackberry? We’ll know more about the Q20 in the days to come, so make sure to check back on What Mobile to follow the sad last days of Blackberry.

More Stories
Sony to reveal Playstation 4 virtual reality headset next month?
With the next-gen console wars officially hotting up this year, Sony is looking to increase its sales by unveiling a virtual reality headset for the Playstation 4. The accessory, which analysts are comparing to the Oculus Rift, has been discussed in the past but a launch date never materialised. However, now it seems that Sony […]
News - Saqib Shah
Kazam launches first octo-core powered phones
KAZAM has launched its first octo-core powered phones at Mobile World Congress. Details of two devices in its new flagship Tornado range were revealed, including the manufacturer’s premium device the KAZAM Tornado 5.5. The Android-based device has a 1.7Ghz processor, a 5.5 inch display, and a 13MP camera. A lower-spec Tornado 5.0 handset was also […]
News - What Mobile
Xbox One UK price drop hits this Friday, includes free copy of Titanfall
Microsoft is to drop the price of its new Xbox One console in the UK, just over three months after its release. The console – currently priced in the UK at £429, with a bundled game – will drop to £399 on Friday and will include major title Titanfall as part of the deal. So […]
News - Saqib Shah
ZTE unveils large screen Grand Memo II at MWC
Handset-maker ZTE has released its new Android-based smartphone at Mobile World Congress. The Grand Memo II runs Android’s 4.4 KitKat OS, has a 6Ã¢¬³ screen couple with an ultra-slim 7.2mm thick frame,13MP rear and 5MP front-facing cameras, and is capable of HD video playback. It comes equipped with a 3200 mAH battery that the firm […]
News - What Mobile