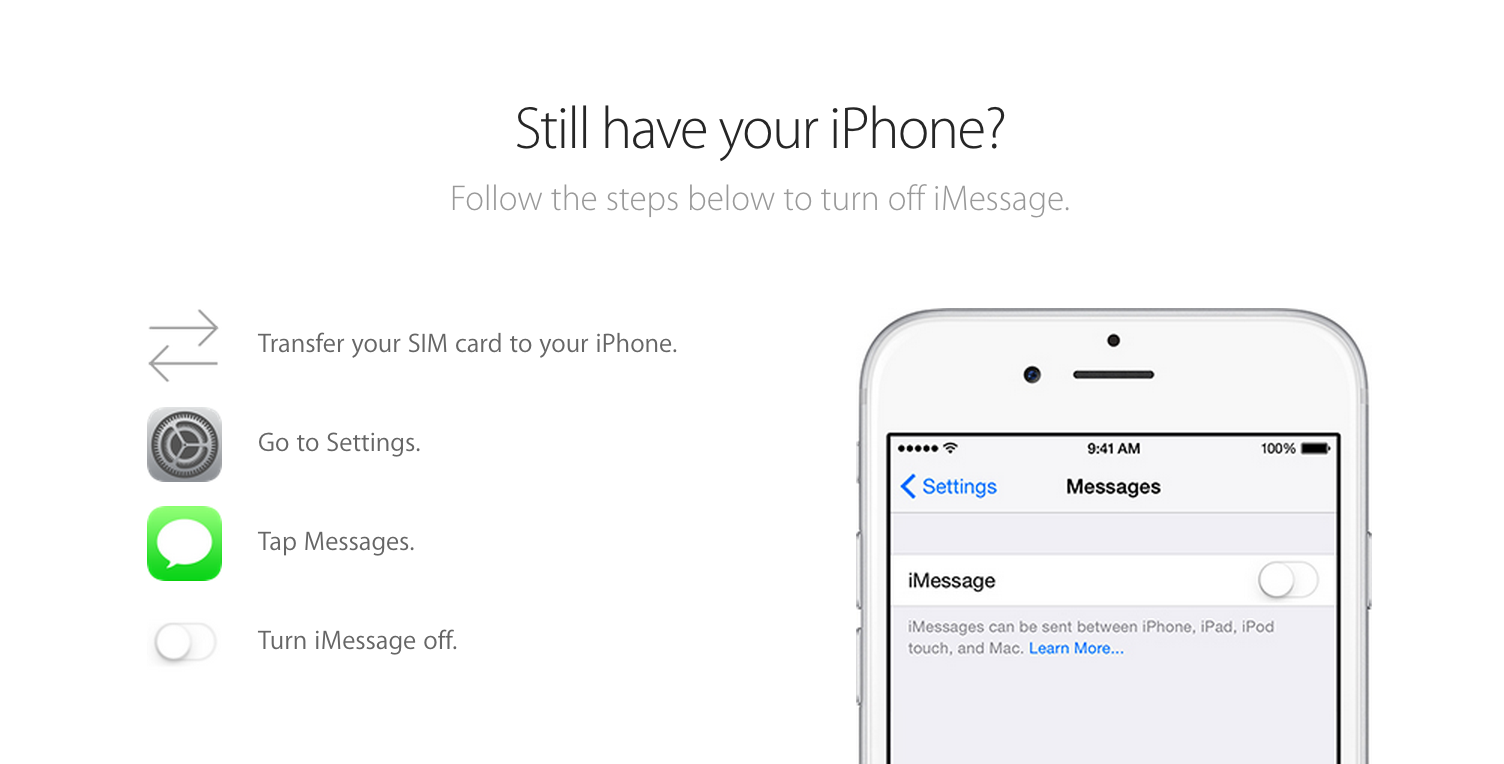 Apple catches a lot of flak (perhaps rightly so) for its overtly insular ecosystem. The upside is that you get a lovely co-operative operating system in iOS which plays nice with all of your other Apple products. One major downside, however, is that there can be unforeseen consequences when it comes to attempting to leave the world that Apple has created.

One such consequence regard iMessage, Apple’s data-based iOS-to-iOS messaging system. When you’re on an iPhone? It’s brilliant – you can send unlimited messages to other iOS users for completely free, and even do it over Wi-Fi when you have no cellular signal. If you’re messaging someone who’s not on an iPhone then the message is automatically sent as a text instead. It’s integrated seamlessly into the iPhone experience.

Perhaps a little too seamlessly. Some users may not even realise that their iPhone is even doing anything differently when their iPhone is using iMessage. Should you leave your iPhone for a different handset (like an Android or Windows Phone device), things can begin to go wrong.

If you have any contacts with iPhones who you’ve ever exchanged messages with, they’ll still be under the impression that you’re on an iPhone – or at least their iPhones will. Their iPhone will attempt to send an iMessage to your phone number, which of course won’t be possible as you’ve switched operating systems. The problem is that many of them won’t realise that their messages haven’t sent – or, even worse, they won’t be informed at all.

Consider this a What Mobile Public Service Announcement, then. Apple has released a tool which allows you to deactivate iMessage so that other iPhones will know that you’ve turned coat.

There’s a simple walkthrough for those with the wherewithal to do so whilst still in possession of their iPhones, whilst those who have already moved theirs on are given a text-based service to do so.

If you still have your iPhone you simply need to put your SIM card inside it, go to Settings, then Messages, and then slide the iMessages slider to the ‘off’ position.

If you’ve gotten rid of your iPhone you’ll have to go to the site, where you’ll be asked to enter your mobile number. Apple will then send you a 6-digit deregistration code which you enter into the site, and just like that you’re unsubscribed.

It’s a fairly simple solution to a problem that should never have existed in the first place. We suppose that’s the best we could hope for. 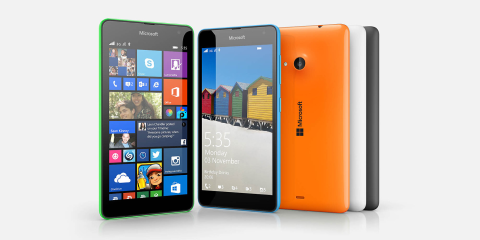 Microsoft reveals the Lumia 535 – the first without the Nokia name
There’s a few things you could have told us in the year 2000 about the year 2014 that we’d struggle to believe: that the USA would have a black president; that Manchester City would be reigning Premier League Champions; that the dad from Malcolm in the Middle would be one of the hottest properties in […]
News - Callum Tennent

Wondering why WhatsApp has changed? This is what your read receipts REALLY mean
WhatsApp, the most popular mobile instant messaging service in the world, has recently changed. It’s nothing to do with the introduction of iOS 8 or even Android L. In fact, it’s not really to do with any external factor – the change is actually rather minor. You may (or more likely may not) have recently noticed […]
News - Callum Tennent