Video-on-demand roundup: the best streaming content on the web this week 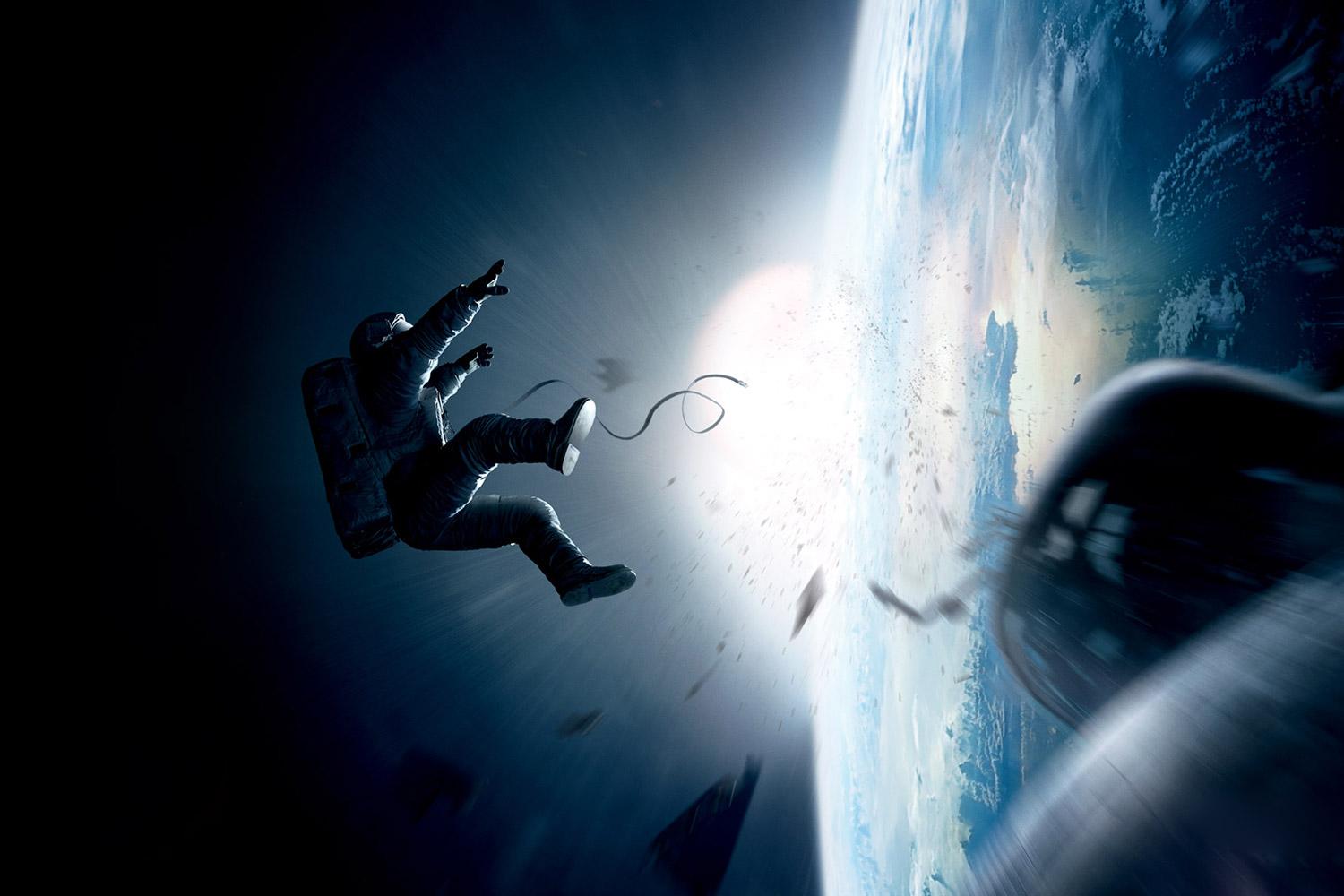 With the Oscars behind us, this week’s video-on-demand roundup includes some of the big winners from the night, a sexed up opus from Danish troublemaker Lars Von Trier and an ode to the soon to be defunct BBC Three.

Although 12 Years a Slave managed to defy Gravity at the Oscars earlier this week by nabbing the coveted Best Picture award, Alfonso CuarÃ³n’s intergalactic thrill ride won in the long run by taking home more trophies on the night, seven in total. Although it really should be watched on the biggest screen possible – and a lot was made of its 3D visuals – for those who didn’t manage to see it at the cinema (tut, tut), it is now available to watch on demand. In terms of its content, there’s very little to say that hasn’t already been said. The film’s attention to detail, cinematography and digital rendering are all truly groundbreaking. It also contains the best performance of Sandra Bullock’s career – which has recently experienced a deserved resurgence – who plays the most interesting character to grace a space-set drama since Sigourney Weaver’s Ripley kicked extra-terrestrial butt in Alien. The only down side is a weak script that contains some overly sentimental, borderline cheesy, dialogue. But alas, you can’t have it all.

What to make of Lars Von Trier? Over the years the infamous Danish director has managed to irk even his most devout advocates with his crazy outbursts, often detracting from his cinematic output. He was banned from Cannes for his remarks about Nazis but returned to the film festival earlier this year with his magnum opus Nymphomaniac – although this time round his antics were overshadowed by one of the films stars, namely Shia Labouef, who was busy staging his own protest. Controversies aside, Nymphomaniac is split in to two parts and is a violent, hyper-sexualised coming-of-age story that contains a host of stars, including the aforementioned Laboeuf, Von-Trier regular Charlotte Gainsbourg, Christian Slater and Uma Thurman. It will definitely not be to everyone’s taste, but the fact that an on-demand version has been released so early (it only recently made it in to UK cinemas) makes it an intriguing prospect. Additionally, whatever you may think of the man himself, Von Trier must be (cautiously) congratulated for his commitment to his punishingly unique vision. Unlike other foreign directors (see Alfonso CuarÃ³n), he has resisted the allure of commercial Hollywood despite crossing over in to English language filmmaking. And it seems as though he’s here to stay, no matter how much he rubs people the wrong way.

This subtle romantic drama garnered acclaim on the festival circuit last year but has since dropped off the map, unable to secure even a wide theatrical release in the UK. The film stars Felicity Jones as an exchange student who changes the relationship dynamic between her hosts, played by the always reliable Guy Pearce and Amy Ryan. The film’s director Drake Doremus brings his subtle approach (a skill he no doubt honed on his low-budget mumblecore efforts) to a theme that could easily have become overwrought and melodramatic. Breathe In continues Doremus’ fascination with trans-atlantic love stories, an issue he previously covered in the Sundance hit Like Crazy (also starring Felicity Jones). Although it’s deliberately languorous pace may alienate some viewers, it is definitely a film that deserves more attention.

The Best Foreign Film Oscar winner The Great beauty is a sumptuous Italian film about excess and the superficial nature of fame. From director Paolo Sorrentino – who should have received more attention for his effortlessly stylish political epic Il Divo – the film tells the story of ageing journalist Jep Gambardella who begins to re-examine his life at the ripe old age of 65. Consequently, Sorrentino explores the euphoric heights of the beautiful Italian city of Rome through the eyes of his world-weary protagonist, and the result is quite a journey. The fact that it managed to beat out such hard-hitting favourites as The Hunt and Omar to win the Oscar is reason enough to catch the film on the BFI’s on-demand service. However, The Great Beauty’s hypnotic visuals and uniquely Italian sense of style will appeal to both world cinema fans and casual viewers alike.

This is more of a general one. Earlier this week it was announced that the BBC’s freeview channel aimed at a younger audience BBC Three will be taken off the air next year. With the service currently generating 13 million users per week – mostly in the 16-34 age bracket – it will be interesting to see how the change affects the BBC’s larger operation. Although it’s programming obviously does’t appeal to everyone, BBC Three has produced some interesting documentaries over the years including Music, Money and Hip-Hop Honeys and The Truth About Webcam Girls, not to mention its regular line-up of comedy favourites Family Guy and American Dad. So, in order to get accustomed to watching the channel online, why not catch up on some of its gloriously trashy shows this weekend. Highlights from this week include perennial favourite Festivals, Sex and Suspicious Parents and the Mash-like military comedy Bluestone 42. 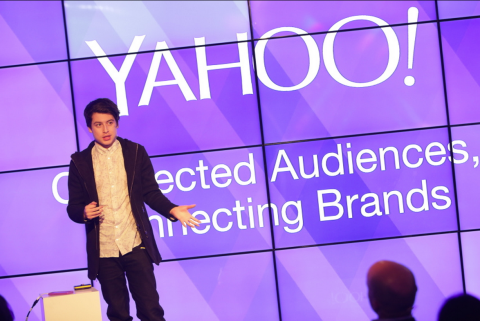 INTERVIEW: Nick D’Aloisio, creator of Summly, on the latest changes to Yahoo News Digest
Today sees the launch of Yahoo News Digest for Android. The app, already incredibly popular on iOS, provides timely, concise breakdowns of the most popular news stories of the day. Digests are provided to you twice – once at 8am and once at 6pm. Each digest contains the seven most important news stories of the […]
Features - Callum Tennent 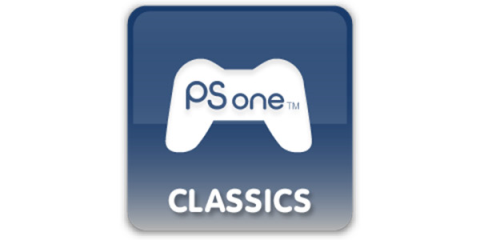 Top 5 PSone Classics to download on your PSP and PS Vita
It’s hard to believe that it’s been nine years since the PlayStation Portable first hit shelves in Japan. If you’re anything like me, you can probably still remember your sheer excitement for the device. Nine years ago was a time when GameBoys were still a thing, and the Nintendo DS had yet to dominate the […]
Features - Callum Tennent
Titanfall Beta: Xbox One hands-on first impressions
If you didn’t spend all of this weekend playing the freshly-released beta trial for Titanfall, then congratulations on your self-restraint/positive life choice decision making. The rest of us  though, were thoroughly engrossed. If you cannot afford to read any further than the end of this sentence (again, an excellent life choice) just know this: Titanfall […]
Features - Callum Tennent