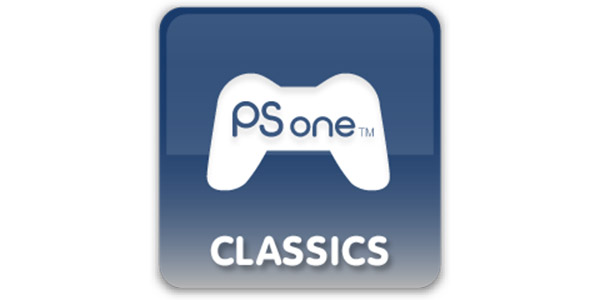 It’s hard to believe that it’s been nine years since the PlayStation Portable first hit shelves in Japan.

If you’re anything like me, you can probably still remember your sheer excitement for the device. Nine years ago was a time when GameBoys were still a thing, and the Nintendo DS had yet to dominate the market. The PSP just seemed so futuristic, so impossible. It had all the power of a PS2 in the palm of your hands! Incredible!

Of course now, nearly a decade later, the old girl is slowing down a touch, and it probably won’t be long until it’s put out to pasture. Of course you have the shiny PS Vita now, and as fantastic as it is, the wide-eyed wow factor isn’t quite as strong with it as it was with its predecessor.

It seems a shame, those nine years flew by so quickly that in hindsight I feel like I perhaps didn’t make the most of my time with the PSP – maybe you feel the same way. If that’s the case, then you need to turn that frown upside down, because this article is about to completely reignite your love affair with your old handheld. This goes for you too, PS Vita owners – whilst there’s a whole host of great titles available, sometimes there’s an itch that you just can’t scratch. This is where PSone Classics comes in to play.

Through your PSP and PS Vita you can access the PlayStation Store. Sony’s online shopping/download service allows you to access a huge number of classic PlayStation titles, right there on your handheld. So before you consider loading your shotgun, taking your old PSP ’round back and doing the right thing, take a look at these vintage titles you could still be enjoying:

When I said there were classics, I meant  classics. Anyone who had even a passing interest in video gaming between 1996 and 2001 is surely familiar with the orange-haired, betrousered marsupial, and with good reason. The Crash Bandicoot series is quite possibly the most important platformer gaming has produced since Super Mario Bros.

Perhaps you were too young to experience the original at the time (it was nearly 20 years ago.  Ugh), or perhaps you were one of the 17 people in the Western world who didn’t own a PlayStation. Whatever your no doubt flimsy, ill-contrived excuse, it has now been completely dismantled as you can pick it up on your portable.

To wonder if the gameplay has aged would be like wondering if Victoria sponge is still a delicious cake. The platforming formula is timelessly executed, and its sense of humour is still as endearing and important as it was upon release. You jump on boxes, collect apples, ride warthogs and die…a lot. For those who harp on about how modern games are too easy, citing titles like Call of Duty and LA Noire (whilst choosing to completely ignore Super Meat Boy and Dark Souls), this will no doubt be a refreshing experience. Or infuriating, depending on just how rose-tinted your glasses are.

Continuing the theme of incomprehensibly important games, how about Metal Gear Solid ? It’s a fair departure from Crash Bandicoot, mind you.

The original MGS has dated very well – anyone who has played any of its three sequels will feel immediately at home. Every idiosyncrasy and trope of the stealth series received its genesis within this first title, as did its iconic characters. The story is enthralling and the gameplay tense. Whilst the gameplay may seem a little bare-bones when compared to its sequels, it is a stripped-back and focused affair. It is unforgiving, and rewarding, and extremely fun.

Yes, I’ve already waxed lyrical about the greatest RPG series of all time, but if you think that that’s going to stop me from doing it again then you’re in for a long read, friend.

Every single pre-PS2 era Final Fantasy title from within the brand’s main series is available – that’s number one all the way through to IX. Asking which one you should buy would be like asking which child you love the most. What I mean by that is that you’re supposed to love them all equally but that’s impossible and you should download number VIII immediately.

It’s a matter of personal preference of course, and one which many will no doubt disagree with. That’s all part of the beauty of the Final Fantasy franchise; everyone will have their own special favourite for their own reasons, be it an emotional connection to the brilliantly written characters, an immersion within the meticulously crafted universe, or plain old nostalgia.

If you’ve never experience a Final Fantasy title before then perhaps you best start with VI and work your way up. Whilst the first five in the series are all superb titles, with hindsight it does feel a little like they were all working towards creating the perfect 2D, sprite-based, turn-based RPG in the form of VI. And whilst £7.99 is a fair price, it can escalate quickly with nine titles available.

If you’ve ever enjoyed one of the later titles in the series without having experienced the games from Squaresoft’s golden era, then there’s no better time than now to remedy that. Plus, you don’t have to worry about changing between four different disks as you progress. If you’ve never really considered yourself a JRPG fan, take a chance and discover just how wrong you’ve been.

Much like how Crash Bandicoot took a timeless 2D format and revitalised it in three dimensions, the same can be said of Tekken 2.

Beat ’em ups had always existed in 2D. The genre itself is one of the oldest and most popular in all of videogames – the sheer simplicity of two fighters on a flat plane allowed beat ’em ups to rule the arcades for nearly 20 years. The release of the PlayStation, along with the Tekken series, brought the arcade experience into your home (and probably killed arcades in the process…sorry about that).

Street Fighter may have popularised it, and Mortal Kombat may have had hilarious ‘photo-realistic’ sprites, but Tekken used  polygons. 3D polygons! Yes, it looks hilariously awful by modern standards but make no mistake – the gameplay is as pure an experience as you’ll find.

Tekken 2 is, quite simply, one of the best, most balanced beat ’em ups of all time. And balance is what any beat ’em up purist craves. Left punch, right punch, left kick, right kick, throw – that was about the long-and-short of it, meaning bouts resemble chess matches more than streetfights.

The cast of characters was varied enough to stave off boredom, but small enough to ensure each one had a purpose. Jin Kazama, Jack, Yoshimitsu – all names as culturally entrenched as Ryu, Ken or Chun-Li. If you yearn for a simpler time; the zenith of the beat ’em up era, there’s no better title available. And you can play it on the bus.

‘System-seller’ is a term thrown around fairly frequently nowadays, but 18 years ago Sony really  meant  it. WipeOut wasn’t just a game, it was the embodiment of a culture and the face of a system.

In 1995, videogaming was still something of a hard sell. Being a geek is bordering on cool nowadays, but in the (shudder)  mid-nineties, getting the majority of young people into gaming was a serious problem for companies like Nintendo. Sony, with a background as the world’s largest and most popular electronics manufacturer, had an idea.

Their vision for a games console was completely different. It was cool and edgy. They embraced the emergent cyberpunk trend and repackaged it into something with tangible function. WipeOut was the combination of two subcultures which were previously thought of as incompatible.

WipeOut was as much an artistic showpiece as it was a game. It had a soundtrack mixed by an electronica DJ, featuring the likes of Chemical Brothers and The Prodigy. Sony even set up stations where you could play it in London nightclubs, its pulsating neon visuals and thumping soundtrack almost camouflaged to the nightlife going on around it.

It also helped that behind the style and the sound there was an outstanding arcade racer. WipeOut was one of the first racing games which truly felt fast. It was like a spiritual successor to F-Zero, as imagined by Phillip K. Dick. You take to the cockpit of a sleek hovercraft and careen through the streets of a cybernetic futurescape, hitting boosts and firing off missiles, bobbing your head to the music and smiling all along. A few have come close, but nothing since has captured the zeitgeist quite like it. 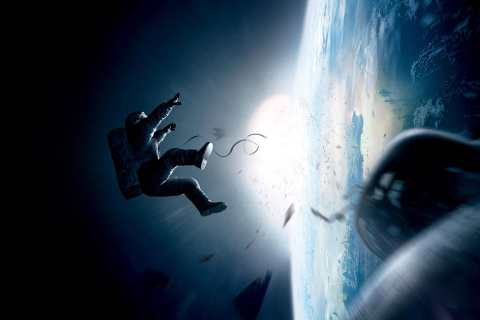 Video-on-demand roundup: the best streaming content on the web this week
With the Oscars behind us, this week’s video-on-demand roundup includes some of the big winners from the night, a sexed up opus from Danish troublemaker Lars Von Trier and an ode to the soon to be defunct BBC Three. Blinkbox Gravity Although 12 Years a Slave managed to defy Gravity at the Oscars earlier this […]
Features - Saqib Shah
Titanfall Beta: Xbox One hands-on first impressions
If you didn’t spend all of this weekend playing the freshly-released beta trial for Titanfall, then congratulations on your self-restraint/positive life choice decision making. The rest of us  though, were thoroughly engrossed. If you cannot afford to read any further than the end of this sentence (again, an excellent life choice) just know this: Titanfall […]
Features - Callum Tennent

The curious case of Flappy Bird: What the hell is going on?
This particular story is sure to evoke a mixed range of reactions from the people out there in smartphone-land: developer Dong Nguyen has decided to remove Flappy Bird from the iOS and Google Play app stores. Flappy Bird has seen a staggering and, frankly, baffling rise to fame in recent weeks, with hundreds of thousands […]
Features - Callum Tennent