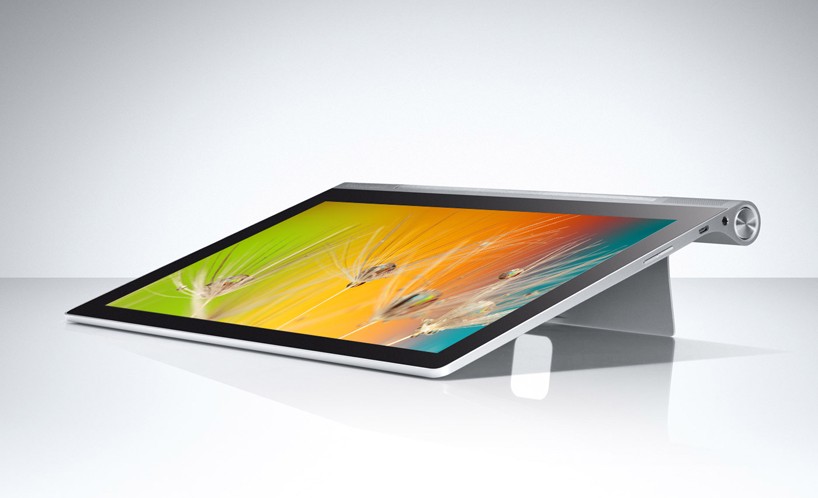 We’ve seen some tablets with ridiculous names in our time – the Motorola Xoom, the Asus Transformer Pad Infinity, the HTC Flyer. But credit where it’s due, the Yoga moniker actually suits Lenovo’s unusual series of slates down to the ground, designed as they are to flex into all sorts of unusual positions. Unlike iPads and the rest of their ilk, which just sort of lie there, really.

Though Lenovo’s had some success with its Yoga Windows laptops, its previous Android models failed to flex the world on fire. Whether that’s because Ashton Kutcher (yes, that Ashton Kutcher) has been the supposed ‘product engineer’ for the Yoga line or not we’ll leave up to you. On test today is the middle sibling of the bunch, the Lenovo Yoga Tablet 2 10.1, priced to undercut similarly sized rivals like the iPad Air – but its unusual design features make it a much more niche product, for better and worse.

Not too much has changed with the Yoga’s silvery external design from the first generation. It’s a ever so slightly heavier, and for the most part very sturdy metal, despite being extremely thin. Except, of course, for that hinge. It still sports that unusual rotating lever kickstand, which lets you lay it at a slightly raised angle, or near vertical, so you can tap and type with ease, or kick back and watch a movie (This very much is a tablet to stand rather than hold: its lumpy design and sharp edges mean it feels top heavy when grasped between your hands, and it’s all but unusable in portrait mode).

These are nice options to have, especially for commuters and frequent flyers, or if you want a second screen propped up easily at your desk at work. But they’re not essential – it’s not exactly a major chore to hold a lightweight tablet in 2015, and many folio cases can act as a kickstand for decidedly prettier tablet too.

Actually, we’re much more taken with the Yoga’s ability to hang. A small hole in the frame lets you park it at eye level, which is more useful than it may sound at first glance.

We’re pretty sure a small subset of users will love this: you could string it up in the kitchen to cook and follow a recipe along on YouTube, or watch iPlayer in the bath without any fear of electrocuting yourself. You’ll want to too, as the front speakers (combined with Dolby software on board) produce excellent sound, which can’t always be said for today’s modern wafer thin slates.

Sadly, the visuals don’t quite match the audio. The 10.1-inch display is spacious, and at 1900×1200 resolution, it certainly is sharp. You can watch 1080p videos on it and enjoy every single pixel. But it isn’t very pretty. The IPS LCD is washed out, lacking the colour accuracy of an iPad or the vibrancy of a Samsung slate. It’s also quite noticeably recessed below the glass, so it lacks that delicious, sticker-like effect of images on something like the Google Nexus 9.

This isn’t a top-price tablet, and the internals also reflect that. Unusually, the Yoga Tablet comes running an Intel quad-core processor, the Z3745, paired with 2GB of RAM. Intel is still a rare sight in mobile devices, and can’t quite keep up yet with the likes of chipmakers like Qualcomm and Nvidia, and it shows somewhat. The performance of the Yoga Tablet 2 in day to day usage was only so so, occasionally lagging and struggling with high end games in a way we’ve grown unaccustomed to of late. This isn’t a gaming tablet, that’s for sure – if that’s what you want you’d be much better off with an Nvidia Android device, not least because you can now play Portal on them.

That said, the battery life of the Yoga Tablet 2 is rock solid – we got two and half days of heavy use surfing and playing games out of it – as you might expect with all that boot space near the kickstand. And surprisingly, the Yoga’s eight megapixel camera built into the hinge actually isn’t all that bad, and having the option to alter the angle of it via the hinge is useful if you want to frame a shot.

The Yoga Tablet 2 runs Android 4.4 KitKat, as opposed to Google’s brand new 5.0 Lollipop upgrade and its slick redesign, which is a bit of a shame, but not the real problem with the software – KitKat is still a superb, easy to use and app-packed operating system.

The problem is that Lenovo has deigned to change Android up a bit, inflicting its own vision on unsuspecting shoppers. Many of these Android skins come across as a tad Fisher-Price – colourful and overly kiddy, and this is no exception. For every feature it adds, it seems to remove one as well. There’s no app drawer, for instance, so every single application you download has to go on your homescreen somewhere.

Lenovo’s bundled a few garrish apps of its own as well, including a file-transfer app, and one that is a collection of videos of people using the Yoga tablet, which seems like preaching to the converted. It does have one redeeming feature: a select group of apps can be run simultaneously on screen, and resized to fit your needs. Still, we’d replace the default homescreen with something else from the Play store – see the sidebar for our top picks.

The Lenovo Yoga Tablet 2 doesn’t do anything especially badly, in other words, and at least on paper seems fairly specced. What we can’t ignore is the price. It’s true that 10.1-inch tablets of any calibre are still a rare sight under £250, but it’s certainly not the case that there are no excellent tablets.

Last year’s iPad mini, for instance, now goes for just £220, is more portable, packs a better quality display and is actually comfortable to hold, not to mention offers the better tablet app eco-system on iOS. The Samsung Galaxy Tab 4 10.1 meanwhile comes in at the same price and with a more traditional form factor – plus a stylus for digital doodling.

At £180, the Google Nexus 7 meanwhile is even cheaper – and already updated to the latest Android 5.0 firmware. All of these are options, in other words, and they’re ones you should consider if you don’t absolutely need the kickstand on the Yoga Tablet 2. Nice idea, Ashton, but like Two And A Half Men, it’s one we don’t quite get.

Lenovo certainly deserves credit for trying to create something that isn’t just another black slab. The Yoga is an interesting attempt to do something different, but unless you have a real need to hang it up from the ceiling or to perch it upright on a train table every day its mediocre internals and display don’t represent much value for money. 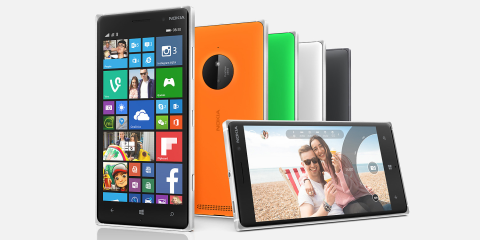 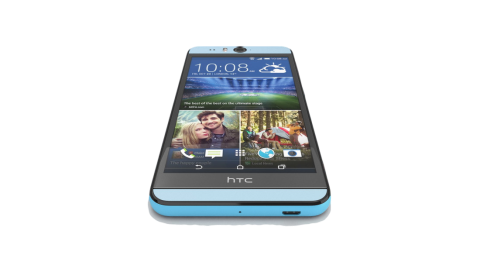