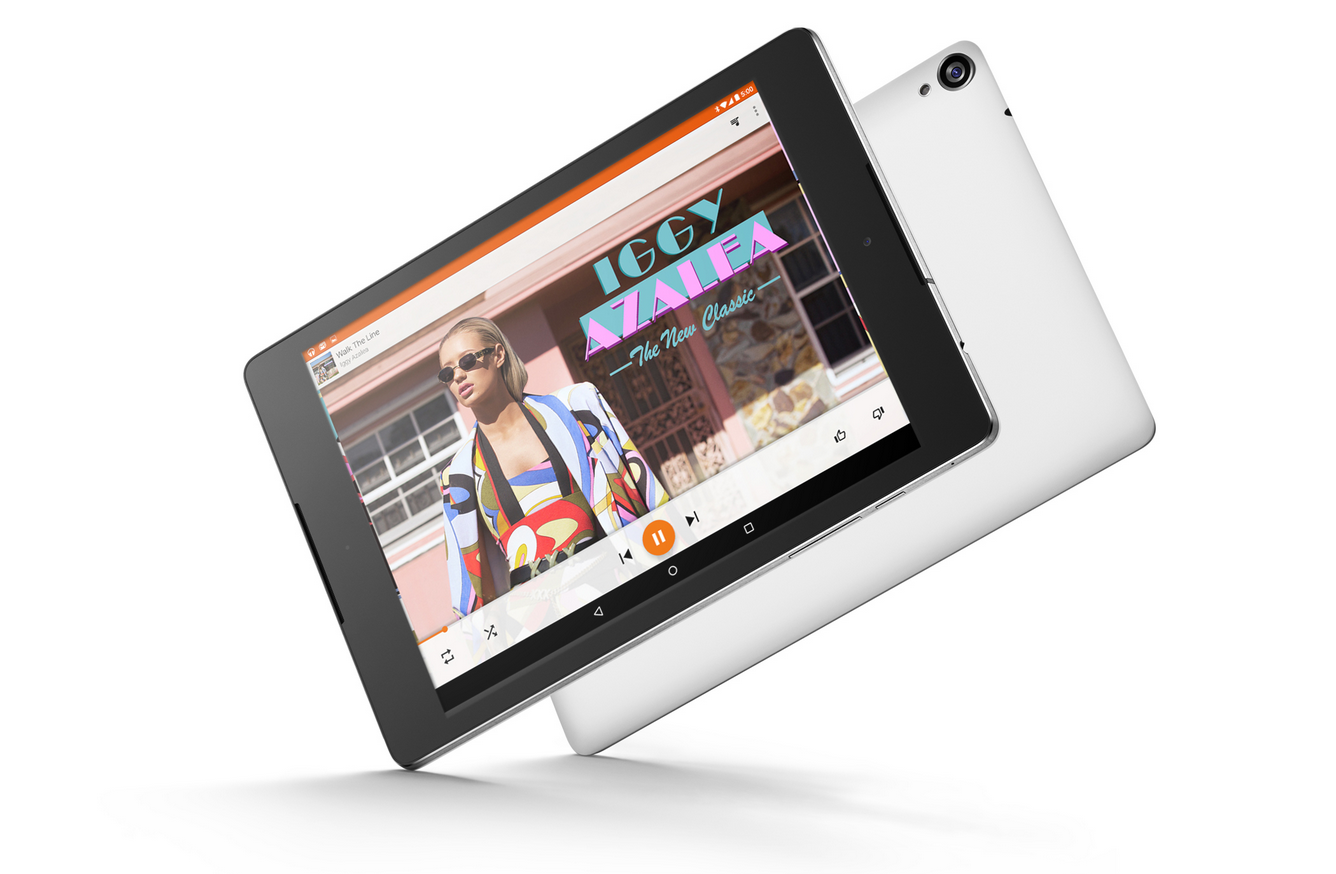 The last twelve months haven’t been a great one for tablets. While smartphones have got bigger and better (and better value), tablet technology seems to have been treading water somewhat. 2014 was an almost underwhelming year for Apple, with iPad sales actually falling, and only modest updates in the shape of the iPad Air 2 and the disappointing iPad mini 3, which added a fingerprint scanner and not much else. When a supermarket’s effort, The Tesco Hudl 2, is one of the most talked about tablets of the year, you know things aren’t quite right.

Here to changes things is Google however, teaming up with manufacturer HTC for the first time in years – in fact, their last partnership was back in late 2010 with the original Nexus One smartphone. HTC’s known for its design chops, but less so for tablets, so is this a dream team combination? Nearly.

Google’s tried its hand at a large tablet before, not with much success. The Samsung made Nexus 10 was something of a design disappointment: with its massive, rounded bezels it looked more like a swimming aid than a sexy iPad alternative. The slightly smaller Nexus 9 does not suffer from such problems. This is an HTC device, after all; the company that brought us the mesmerising HTC One line of phones. Though the dull black plastic design language of the Nexus line Google seems to make mandatory regardless of the manufacturer it’s working with is present, HTC manages a few extra flourishes.

There’s the reassuringly solid metal trim around the thin frame, as well as a pair of shockingly loud and effective front facing speakers, a hallmark of HTC as One owners will tell you. While it would have been nice to see the whole case coated in metal, just like an iPad (or the HTC One smartphone range), it’s a solid construction that you won’t feel embarrassed pulling out in a coffee shop – unless it’s to take a photo, because as you’d expect from almost any tablet, its sensor is pretty mediocre. Use your phone instead and save yourself the funny looks.

Google sometimes skimps on the displays for its Nexus line devices, but the Nexus 9 does not show any evidence of corners cut. The 2K panel is as crisp, bright and beautiful as the operating system it runs, with vivid but not over-saturated colour reproduction and wide viewing angles. It’s not peerless in the same way an Apple Retina Display is, unfortunately: the display is recessed, and doesn’t feel so close to the glass that it’s almost a sticker, while the chamfers where it meets the frame are more noticeable than we’d like.

Perhaps more importantly, we’re quite taken with the size. The 8.9-inch Nexus 9 is ever so slightly smaller and more portable than a 9.7-inch full fat iPad, but it doesn’t feel like it stalls your productivity in the way a 7-inch tablet or even an iPad mini does. It also deploys a 4:3 ratio screen, much like Apple’s tablets and nobody else’s – see the sidebar for what this means for you. It feels more like an iPad than any Android tablet we’ve tested previously, but in a way that’s natural, not imitation, with a screen size and user experience all its own.

Much of that is down to the software. Every new Nexus device is meant to act as a flagship vehicle for a new version of Google’s operating system, Android, as a sort of benchmark for other manufacturers to try and meet with their own products. In this case, the Nexus 9 acts as the high watermark for Android 5.0 ‘Lollipop’, the biggest overhaul of the operating system in three years.

You can read about the new features inside 5.0 in the sidebar, but its most important aspect is its new look, dubbed Material Design. Lollipop is Android pared down, with as few lines, boxes and text as possible. Even the navigation keys under the screen have been reduced to simple geometric shapes.

It feels like Android simplified, concentrated, and it’s a great success, at least before you dig into the third-party software. Everything is a tap away (or less – you can search with your voice by simply saying “Ok Google”, even when the screen is off), thanks to the uncluttered homescreen – you won’t find any bloatware on a Nexus tablet – and the Quick Settings shade for easy access toggles like Wi-Fi, brightness and so on. It makes sense, in a way Android really didn’t, once upon a time. Technophobes won’t have any problems getting around the basic services, and that’s saying something.

There are still problems, of course: we’re still not convinced about the pull down notification bar that only appears in the middle of the screen (too much wasted space going on there for a tablet), and the fact that Google refuses to let you run two apps on screen at once on a large tablet while Samsung’s Android phones can just seems daft.

But this is Android, and as always, you can change almost any aspect of it in ways that Apple is only beginning to explore in iOS 8: you can switch the keyboard out, the launcher, even how notifications appear. And in the meantime, we’ll take the new features, looks and speed boost of Android 5.0 any day. Better still, because this is an own-brand Google device, it’s a safe bet the Nexus 9 will be first in line for future software updates too, at least for a couple of iterations.

Despite the flourishing app store on Google Play, there’s still an ecosystem problem however. Android 5.0 behaves exactly the same way on tablets as it does on phones, and while there’s an argument there for consistency, it also means there’s a tendency for developers not to push the boat out, or deliver experiences better suited to a big screen. Too many apps and games still feel like blown up phone apps, even if resolution is no longer an issue, because they are (One obvious exception to this is the newly released Hearthstone Android app, which is for tablets only, and dangerously good fun). It’s in contrast to Apple’s thriving tablet ecosystem – whether or not you like the company’s walled garden approach, there’s no denying that it’s fostered a much better selection of 10-inch productivity apps.

Google may have redesigned its core services like Gmail on Android 5.0 to be easy to use, but we’d love to see it lead by example a bit better here, and allow you to do more on a bigger screen too – not least because the hardware isn’t wanting. While the new Nvidia Tegra K1 processor is dual rather than quad-core, it has no fewer than 192 (count’em) cores in its GPU, so you won’t encounter any performance issues with the Nexus 9, even on taxing 3D games.

Paired with a beefy 2GB of RAM, the Nexus 9 whizzes along without a hint of slowdown (although it does run a bit warm, which may irritate some users), and for quite some time too: we got two solid days of use with it. Don’t expect iPad levels of standby-time on the shelf or side of the sofa – Google isn’t close to figuring this out – but it’s comparable with the screen on and for many that will be enough.

Our only real concerns are with the pricing. Starting at £319 (the same price as the iPad mini 3), the 9 is not quite as affordable as we’ve come to expect from Google’s Nexus line. If you’re open to iOS, we still think Apple’s older (or smaller) iPads still offer a superior tablet experience and build quality, while the iPad Air 2 is absolutely worth the £80 extra it will run you.

The Google Nexus 9 is an impressive and welcome return to the tablet market for HTC, and a jewel of a gadget for Android 5.0 to debut on. The size is right, and if you know for sure you want an Android tablet, it’s your best bet – it’s certainly the best slate HTC has ever made – but for the money we’d still go for the quality build and thriving eco-system of an iPad. 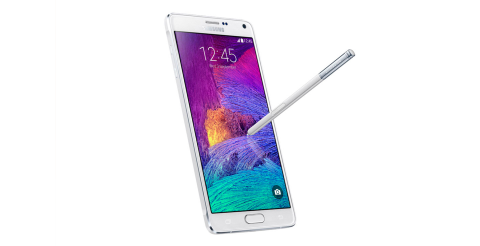 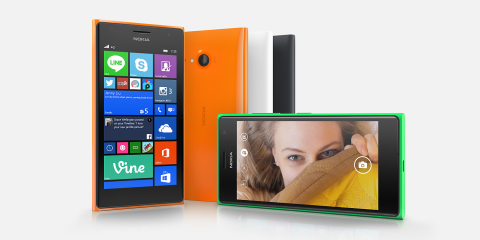