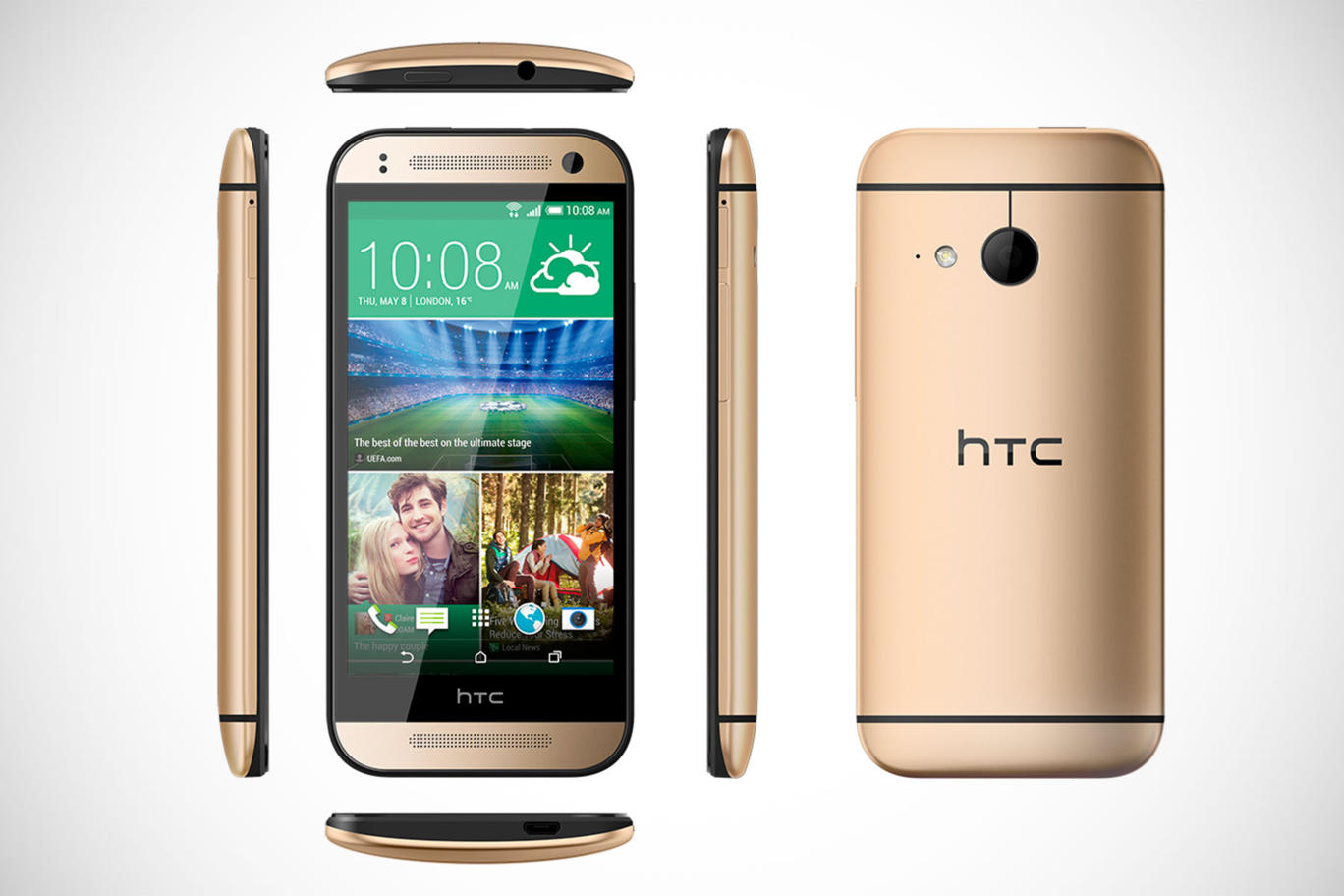 A quick look around the smartphone landscape and it is evident that Taiwanese manufacturer HTC is loitering in the doldrums.

On the surface, Samsung has the sales, Apple has the enduring fanbase and emerging manufacturers like Huawei are dominating the non-western landscape. Therefore, It’s no wonder HTC recently slipped out of the top ten global smartphone sales chart.

All this despite a huge marketing push and – most importantly – great devices to boot. This year alone, the HTC One was awarded best smartphone of 2013 at Mobile World Congress and we picked out its follow-up – the One M8 – as the best flagship to be released thus far in 2014.

Therefore, despite the bad news, we’re pleased to see HTC continue to push forward with new devices. Their latest is a compact version of the HTC One M8; the One Mini 2. It would be unfair to pin the hopes of the company on its small shoulders. But, needless to say, it needs to perform.

The design – like on its pricier sibling – is top-notch both externally and internally. The compact handset retains the One M8’s unibody metallic design with just the horizontal rubber bands on the back that disrupt its continuity. The handset also has a rather large bezel that contains its dual front-facing speakers that deliver its superior BoomSound.

At 4.5 inches, the display on this compact device is still bigger than the 4-inch screen on the iPhone 5S, but 0.5 inches smaller than the One M8.

The back of the device is also slightly different to its larger predecessor as it ditches the duo camera and instead opts for just the one 13MP lens and a single LED flash. The solid 5MP front-facing camera is housed in the upper bezel, inconspicuously placed next to the upper speaker.

Additionally, the vibrant themes and wallpapers you can use to customise your home and lock screen also help to further illuminate the premium-looking device, especially when the brightness is turned up.

Overall, this is a beautiful compact that justifies its price in the design department. As a result, we were left expecting the same premium features in the phone’s hardware. As we soon found out, to our disappointment, that wasn’t always the case.

Let’s start with the positive. The One Mini 2 comes with some decent built-in apps that – unlike the clutter-some tools on Windows Phone devices – are actually useful.

Blinkfeed is a social network and news aggregator that sits on your home screen. It’s a good standalone service for general news stories, just don’t cram it with too much information using its customisation options. For example, we synced it with our social networks alongside the news feeds it provides and found that most of the info being displayed on Blinkfeed was from our dense social network timelines. It just left us wishing we had used it primarily for news updates, while sticking to standalone apps for social networking. 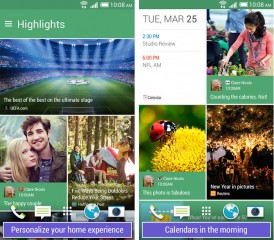 Elsewhere, the built-in productivity apps are also welcome additions. These include the Polaris Office app – which can be used to open and view documents – and the Scribble notepad app. The latter is a playful improvement on other simplistic note taking apps, we particularly liked the calendar options and colourful designs of the various notepads.

There is also the Zoodles Kid Mode function, which helps parents to customise the device for children – who are increasingly using smartphones for their educational features and to play games.

The 1.2 GHz quad-core processor housed inside the HTC compact is where things start to get a bit unpredictable – in a bad way. Consequently, not all general tasks run as smoothly as you’d expect.

We tested app performance first and it was a mixed bag. Twitter, for example, took a few seconds to display images in the timeline or profile pics. Facebook had similar problems with slight lag when loading web links, images and videos on our timelines along with profile pics.

Instagram on the other hand, fared better, probably because it relies on one source of content; images. An image, video and GIF-heavy app like Tumblr, however, was a strain on the device’s relatively weak processor. The content on the app took too long to load and the GIFs themselves suffered from considerable lag and reduced frame rates during playback. Web browsing was decidedly better – with sites and pages loading quickly through both the in-built browser and Google Chrome.

The 720 x 1280 resolution on the One Mini 2 is the same as on the older Xperia Z1 Compact, and less than the similarly priced Huawei Ascend P7 (which boasts an impressive 1980 x 1020 resolution). Still it is sufficient for viewing videos and looks crisp and detailed. It’s just that there is better out there for a similar price so, if you’re obsessed with image quality and video playback resolution, then you have other options available to you.

Keeping in mind the mixed performance of the HTC One Mini 2, one area in in which we thought it might suffer was gaming. Thankfully,we were proven wrong.

We tested out two high-end games in the form of the powerful Real Racing 3 and frenetic zombie shooter Dead Trigger 2. Both ran smoothly and neither suffered from any noticeable lag. Consequently, the same went for smaller, less powerful, titles such as Jetpack Joyride and God of Light.

Overall, the camera is one of the better features on the HTC One Mini 2. For the compact version of their flagship, HTC has done away with the Ultrapixel camera in favour of a standard 13MP rear-snapper and a – surprisingly powerful – 5MP front-facing lens.

That’s not all, the camera also comes with a host of clever functions – which are hidden away under the settings icon to avoid on-screen clutter. For those who enjoy manually tweaking their images, here you’ll find ISO, exposure and white balance tools, alongside the HDR, night mode and panorama options. Additionally, like many modern handsets (including the LG G), there is a makeup option that can help you touch-up any blemishes or rough edges on your pics.

Aside from all the gimmicky smartphones out there that offer 13MP front-facing cameras and Huawei’s Ascend P7 – which offers an 8MP panoramic lens for group selfies – the snapper located on the front of the One mini 2 is outstanding. Despite not being fans of the selfie ourselves, testing out its camera meant we were often faced with our rather worn down looking mugs (especially in the mornings). Nonetheless, the amount of detail came as a pleasant surprise, mainly because we’re used to the standard 2MP lens on front-facing snappers. It made for a positive change, however, and should really be the default option on more devices – particularly considering how popular the selfie has become.

Your opinion of the HTC One Mini 2 will come down to what you prefer – we’re heavy users of social networking apps, so it’s difficulty with them was a crippling factor in tests. However, that generally applies to everyone as apps such as Facebook, Twitter and Instagram are extremely popular. Nonetheless, if you can overlook its processor problems, then what you’re left with is an immaculately designed smartphone that can handle high-end games and web browsing and offers a variety of useful features.

The HTC One Mini 2 is one for the design purists. Due to its compact cutbacks, it’s doesn’t achieve the all-round success rate of the One M8. It may be first to arrive at this year’s mini flagship party, but with rumours of inbound compact versions of the Galaxy S5 and Xperia Z2, it may be leaving alone.