Roxi Music Player -Review-  Your chance to sing with the stars 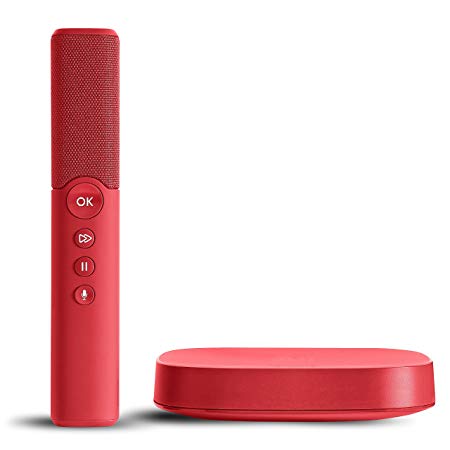 We all love doing a bit of Karaoke and listing to music when you have friends round I introduce the Roxi.

Here at What Mobile, we were lucky to receive the Roxi which not only allows you to play any music you can think of but also allows you to sing with your favourite singer with the Karaoke function and quizzes the whole family with the Name That Tune game.

The Roxi allows you to create a playlist so all of the music you love can be stored in one place and you can even connect to the radio giving you the full monty in terms of music entertainment.

So when you open the Roxi for the first time you will see it comes in two main parts the control centre (Roxi) and the Wireless Controller which also doubles up as the microphone.  The Roxi itself looks like a small Sky Q box now we were sent the red one but they also come in Blue & Black. The hub features an Ethernet, HDMI, and USB port. There is also a 3.5mm jack socket for headphones. You can also connect your Roxi to the Wifi and for this review that is what we did.

The mic is wireless but does come with a micro USB cable to charge the controller once you have all your fun.  The controller has four buttons on the mic but most of the on-screen navigation is done by moving the arrow around the screen.  As for setting up simply plug into the TV and turn it on and you’re greeted with the Roxi Logo and you’re done I set this up in less than 5 min.

The Roxi also gives you a years premium pass which is already registered on the box when buying it which gives you ad-free viewing then £52 a year after that. Am not 100% sure if I would renew in a year as I have not experienced it without the premium pass to have an understanding of how many adverts you get.

Once turned on we experienced a few updates which took about 5 min to do so not a major issue.  The controller is very much like when you used to play the Wii  The controller also gives you the chance to use voice command and even with a room of various accents in the room it performed very well just speak into the mic and ask for your favourite artist or song.

The Music Library can also be found by dragging to the discover list and then you are shown a list of playlists and genres of music so you really have something for everyone and gives you the chance to click on the little heart and you have added to your playlist. You can also pick on famous face playlists like Alesha Dixon and listen to her playlist and before you ask yes Mis Teeq is on there lol

Its a great feature for picking music for any occasion we had a family BBQ and it was perfect for playing music we wanted in the background.  The sound quality steams at 320kpbs AAc which gave us a great sound when connected to the Bose System we have to allow the music to pump out.

So not only is it a jukebox we also have games and Karaoke. Now the main game is Name that tune which we played boys vs girls.

The only issue I have with this is it can be a challenge to click on the right answer sometimes as the controller has a mind of its own every now and again and you have to click the dead centre of each answer and this can hurt one’s arm after a while.  We also noticed when you pick a genre sometimes you get a question that should not be in that genre but not a big issue just a bit odd.

The other function of this product is the karaoke function. We liked that you get to sing with the actual artist which is a plus. As you expect from singing with your favourite artist the Roxi gives you plenty of reverb the only issue we found was with some songs the lyrics did take a bit longer than we expected for the song we were singing which if we could ask for one thing was it could keep up with us singing.

Overall it’s a great product which we have very much enjoyed using and will continue to do so I know my girlfriend wants to take it on a hen weekend she going on soon. As this device really does it all its great to stream music and the karaoke function was a hit and the whole family enjoyed the Name that tune game. We would have liked the game to have had the chance to go through rounds and let you have girls vs boys feature to add to that competition factor.

So for £149.47 then £52 every year after for the subscription it’s a great gift for the music-loving family who will have fun for hours and we give this 4 Stars! 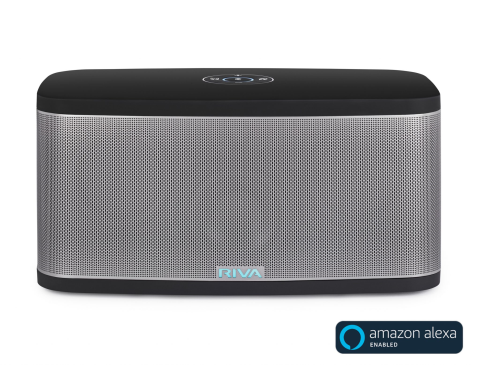 New ‘RIVA VOICE’ Series Of Speakers on display at IFA 2018
At IFA 2018 RIVA Audio’s new Voice Series is on display: RIVA CONCERT (£199) and RIVA STADIUM (£449), two of the most advanced and innovative speakers coming in 2018. Available later this year, the RIVA CONCERT and STADIUM are making their official debut in the Amazon booth 26 in the #201 during IFA 2018. The […]
Accessories - What Mobile 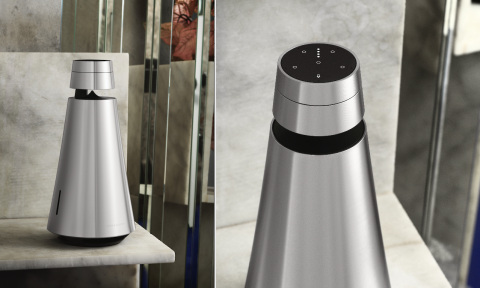 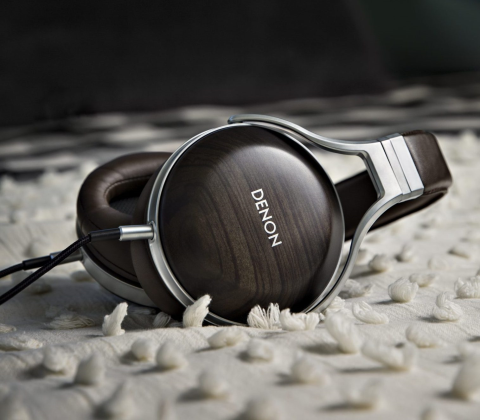 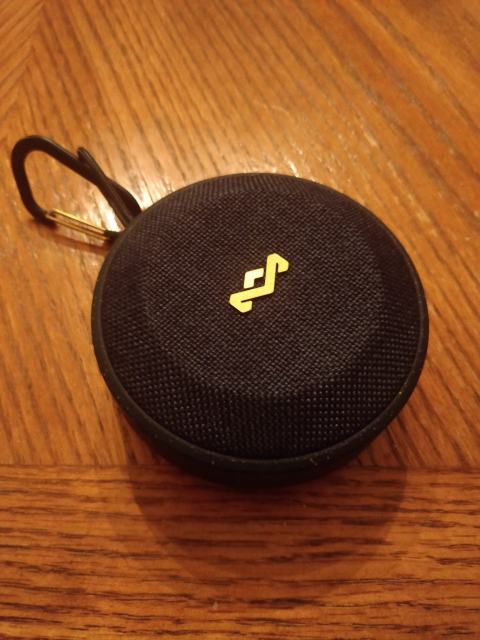 The House of Marley- No Bounds wireless speaker.- Review
Available for £59.99 from House of Marley or HMV Now for readers of What Mobile, you might remember we mentioned a few weeks ago that House of Marley was bringing out a range of eco-friendly products and the No Bounds Bluetooth speaker is the first one we have got our hands on. House of Marley […]
Accessories - Stephen Watson