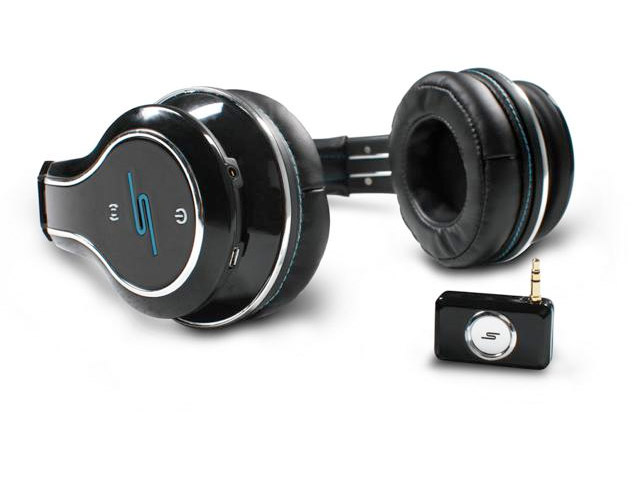 50 Cent arrived at the Gadget Show Live yesterday to launch his new range of SMS headphones, including the SYNC by 50 wireless headphones which cost £299 and go head to head with the Beats by Dre range of headphones which dominated over-ear headphones sales last year.

The SYNC by 50 headphones have a wireless function but use a wireless transmitter which plugs into the headphone socket of any phone, tablet or TV rather than Bluetooth technology. “Bluetooth was designed for voice communication and the quality isn’t there” said Curtis ’50 Cent’ Jackson before going on to explain that the headphones were designed for all styles of music and not just hip-hop.

Asked whether he saw any rivalry between the SMS range and Monster’s Beats by Dre he grinned and said “I associate Monster with cables…we’re all part of the family, we have the same ideas”.

The bonus feature of the SYNC headphones is that they’re rechargeable and feature an internal battery. A cable option is available too (there’s one in the box) although the SMS team say that the sound quality is better via wireless due to the external power source of the rechargeable battery.

The Street By 50 headphones (below) are essentially the same as the SYNC headphones, minus the wireless functions. Available in black and white, both models come with a carry bag, airline adapter and a built-in mic for calls. The Street by 50 headphones cost £199.

Finally, there’s a pair of Street by 50 headphones which are in-ear, much like the Beats by Dre headphones packaged with the HTC XL. Costing £99, the in-ear Street by 50 headphones feature gold plated connectors, an Apple control mic, inline controls and a rugged cable. 50 Cent admitted he was rough with his headphones and wanted to create a pair that stood up to punishment before admitting that he had tested both Bose and Sennheiser headphones to make sure that the SMS range offered exactly the kind of sound that suited him. We’ll have a review very soon… 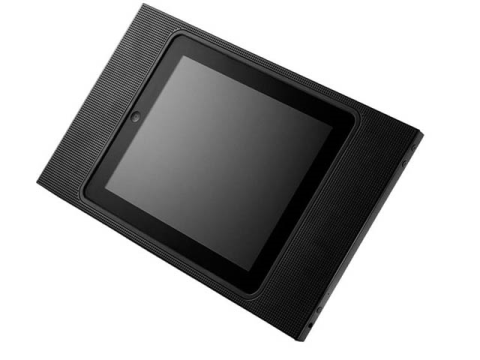