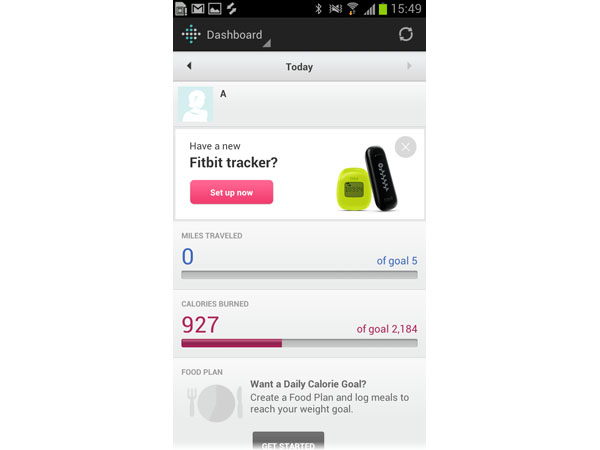 Mobile health company Fitbit have launched wireless syncing via Bluetooth 4.0 for its One and Zip trackers.

This makes the trackers the only ones on the market to offer this ability to Android users, the company said, and follows the news that Nike won’t be creating an Android app for its FuelBand tracker.

So…what does it do?

The app allows Zip and One owners to sync their fitness information via Bluetooth 4.0, giving real-time progress updates, the company said.  This allows users to update stats, track progress and receive notifications on their phone when they were close to achieving their goals, the company said.

More importantly, it means you don’t have to wrestle with cables and dig through the clothes on your bedroom floor in order to transfer your stats to your phone or computer.  The pairing via Bluetooth also meant there was no worry about battery drain, the company said.

Users need to be within about 15 feet of the device for the syncing to be in range.

An iOS app with the Bluetooth 4.0 syncing capability was released in October last year (usable on iPhone 4S, 5 and iPad 3) and the company had been working on an Android equivalent for the last six months, Fitbit UK country manager Peter Groom said.

“For Android, it’s very different…it’s not part of the operating system so it’s really difficult to do it…there isn’t a rule book for it, we’ve had to reverse engineer.”

Fitbit had an open Application Programming Interface (API) which worked with most of the free apps such as MyFitnessPal and Endomondo so that data swapped between them, so if you’ve used these previously, there’s no need to transfer data separately, Mr Groom said.

The company added about two or three partner apps every month and had about 30 of the largest apps listed on their website.

Just how many Android users need to know how many stairs they’ve climbed?

Research suggested the  market for wearable connected health devices  for 2016 would be around $US4 billion, which equated to 80 million devices a year being sold, Mr Groom said.

Based on Android being slightly more than half of the mobile market, using “very crude” Maths, the company should be aiming for uptake of about $2 million worth and 40 million devices by 2016.

While there were probably several disgruntled users following Nike’s announcement, having the company in the market had helped Fitbit by bringing credence to the category, he said, and drawing people into the category.

No joy for Windows Phone 8

The company had concentrated on getting the most popular Android syncing working and a Windows Phone 8 live syncing app was a possibility for the future, but not a priority, Mr Groom said.

The company was covering 95% of the addressable mobile market, Mr Groom said, and the remaining percentage was something that would be worked on.

Next time on What Mobile

Stay tuned for What Mobile’s review of the app, coming soon to, well, this website.

Rumour Round Up: (Smart)Watch this space…
The rash of smartwatch rumours in the last week includes Apple and Samsung – plus, the smartwatches already on offer
Accessories - Alex Walls