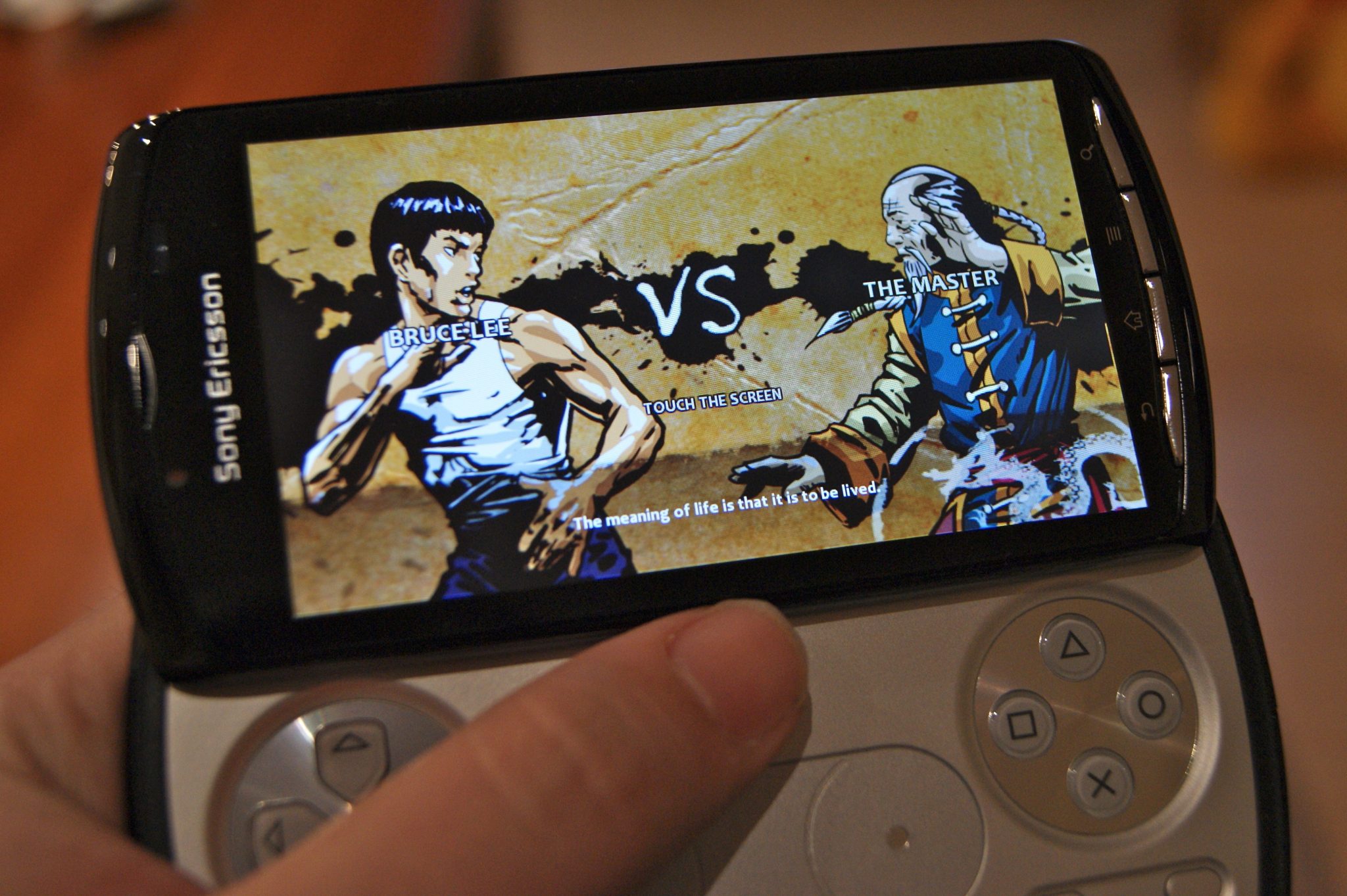 Sony Ericsson is finally bringing the PlayStation brand to mobile, although the Xperia PLAY isn’t quite a PSP-with-phone. But it will still change the way you play games.

How long has everyone been asking when Sony Ericsson would produce a PlayStation phone? We know it was around the time the company started to use the Walkman and Cyber-shot brands.

So, after about five or six years waiting, we’ve got our PlayStation phone. Well, sort of. In reality, this isn’t a new Sony PSP combined with a phone. Sony is still going ahead with its second PSP, called the ‘NGP’ (Next Generation Portable), which will run games that won’t work on this.

The NGP is a console with 3G, primarily for data, while the PLAY is the smartphone that can also play games. It’s really nothing more than an ordinary Android smartphone, with a slide-out gamepad in the place of a QWERTY keyboard.

When you think about how simple it was to do, it’s makes you wonder why nobody thought of it earlier.

The PLAY is thicker as a result, but it sits nicely in the hand and remains very lightweight. That’s even with a 1,500mAh battery to ensure you can play games and still make calls.

It has a great specification, with a fast (single-core) processor, running at 1GHz, and all the other essentials like GPS, Wi-Fi, 5-megapixel camera with flash, a display that can display 854×480 pixels at 60 frames per second, plus expandable memory and Adobe Flash. All of this and Android 2.3.2, the newest version of the operating system.

Even casual gamers could feel comfortable buying this as a normal phone first and foremost.

Ultimately it will be the game developers that will make-or-break the success of the PLAY, yet most of the games are also available to other Android users. Even Gameloft, which will release BackStab as a Xperia PLAY exclusive, is only doing so for one month before it can be released for all.

The fact is, most games will work on handsets without a gamepad, even if the controls are considerably more complicated or uncomfortable.

The PLAY has an obvious advantage over everything else available today with the digital buttons, two analogue pads and two shoulder keys, but what is stopping a rival manufacturer just developing  a gamepad of its own?

Out of the box

The pre-loaded games are Asphalt 6: Adrenaline HD, Bruce Lee, FIFA 2010, Star Battalion HD, The Sims 3 and the original PlayStation version of Crash Bandicoot that runs via a Sony PlayStation emulator. There’s also a copy of Tetris, played in portrait mode with only the touchscreen.

Sony has recently clamped down on unofficial emulators on Android Market, so the PLAY is the only way to legally play the many classic games that will be sold for £3.99 each.

They’re certainly fun, but they also look dated given the fact that the screen resolution is so high that the old games need to be scaled up. This serves as a reminder of just how far mobile phones, and screen technology, has advanced.

Of the 50+ games available at launch, some appear to be rushed out. Some don’t show what keys are supported, while others refer to things like pressing ‘A’ and ‘B’, despite there being no A and B buttons on the pad. Too many games also require far too much use of the touchscreen and very little from the extra controls.

These inconsistences will likely confuse and put off all but the most hardened gamers, so it begs the question: what are the rules imposed by Sony Ericsson to define what games can be included within the Xperia PLAY game store?

Although set up like its own store, it’s really a front-end for Android Market, filtering the PLAY compatible content and allowing you to use your existing payment method to buy games.

It’s early days and hopefully Sony Ericsson and the developers can get some consistency going to ensure the success of this and other PlayStation Certified devices in the future.

If these issues sound trivial and you’re still keen to get your hands on the device, you surely won’t be disappointed.

Once you have a game loaded, you realise how awesome having a gamepad is. Fiddling around with virtual on-screen joysticks that cover half the action, or tilting the phone all over the place, just can’t compare. For games like Bruce Lee and FIFA, there’s no way you could play them any other way.

For this, the PLAY has no competition, but there is a price to pay. You’ll be needing to buy one with a two-year contract at £35 a month or more to walk out the shop with one at no cost.

Games will cost around £6-7 each, according to Sony Ericsson, although hopefully a good number of games will be free, supported by in-game advertising.

For your money, and when you’re not playing games, you’ve also got a well-specified smartphone with the latest Android OS and a good performance from the latest Snapdragon processor.

While it isn’t dual-core, it still has a very capable Adreno 205 Graphics Processing Unit combined with dual-channel DDR2 RAM, allowing the display to run at 60 frames-per-second. This does mean sacrificing the Mobile BRAVIA Engine, but it makes a real difference to the gaming.

You get a decent camera too. The 5-megapixel camera, with flash, doesn’t have an Exmor R sensor for low-light photo performance, but it still gets you results you’ll be happy with.

What’s bad is the standard Android camera interface instead of Sony Ericsson’s far better application. This means barely any camera options and no HD video recording (instead you can film at 800×480 pixels).

Like the Google Nexus S, it is frustrating to know the camera and processor could record in HD, but Google’s native camera app has left the feature out. The PLAY also has a front-facing camera for video calling, or taking self-portraits.

There are two Sony PSP live wallpapers and a Sony Ericsson launcher, allowing you to put apps in folders and sort apps in one of four ways; custom, alphabetical, most used or recently installed.

Beyond that, the phone is not too dissimilar to a Nexus S and is ready and able to be customised with plenty of free, or low-cost, alternative messaging apps, keyboards and browsers.

You get a streamlined version of Sony Ericsson’s Timescape app, plus new widgets to offer quick access to the media player and gallery. The media player retains the infinity icon that lets you search for content from the currently playing artist, and a range of graphics equaliser options.

Unlike the Xperia arc with its disappointing internal speaker, the PLAY has two very loud and punchy internal stereo speakers. It’s the final icing on the cake to offering top-quality gaming potential.

Sony Ericssson has done a great job with the hardware, but the success of this phone is at the mercy of the developer community. The upside is that modifying existing games to work shouldn’t be too hard, but it will need to be done well or else the PLAY won’t have the success it deserves.

A PlayStation phone seems like a logical step for a phone maker that used brands like Walkman and Cyber-shot to great effect, but this isn’t the next Sony PSP. That’s coming from Sony as a separate project. The Xperia PLAY is an Android phone with a PlayStation gamepad. For playing games, it can’t be beaten. Besides playing games on a high-res screen at 60 frames per second, there’s also a great Android smartphone behind it, running the latest OS. The challenge is going to be a steady stream of compatible games, but this phone gives Sony Ericsson the best possible chance of success. 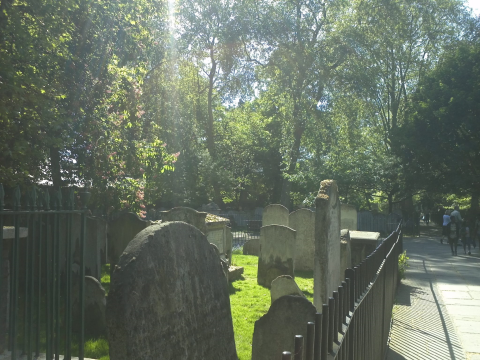 LG Optimus 2X Review
Donât believe everything you read: some reviews of the LG Optimus 2X didnât do it justice, thanks to a buggy early sample that did the rounds, with annoyances such as shortcuts that turned out to be dead ends, unreliable widgets and Wi-Fi issues.
Devices - What Mobile
Motorola XOOM Review
Let’s face it; Apple currently dominates the tablet world and it’s about time it had some competition. Some analysts claim Apple will continue to do so until at least 2015, and so far Samsung and the others haven’t made much of an impact.
Devices - Jonathan Morris 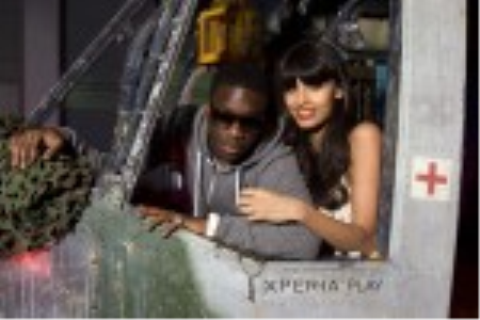 Sony Ericsson Xperia PLAY launches. Where to get yours?
On the day that Sony Ericsson has taken over an old sorting office in London to showcase the Xperia PLAY, it appears not everyone will be able to get one when it goes on sale on April 1st.
Devices - Jonathan Morris 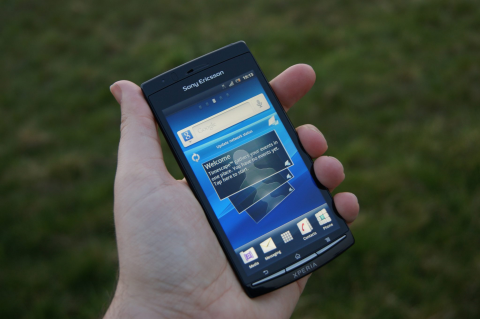