Samsung is adding models to its Galaxy family thick and fast, and here’s one that looks like a cut-down Galaxy S.

The Samsung Galaxy Ace is one of four siblings in the mid-range Galaxy family launched at the start of the year. It packs lots in for an affordable package.

The Galaxy Ace squeezes in Android 2.2 OS, Samsung’s TouchWiz 3.0 UI and is powered by a 800MHz processor. The screen is 3.5-inches in size and the phone has a 1,350mAh battery. Surprisingly, for its mid-range price, it also has a 5-megapixel camera with LED flash.

The Galaxy Ace’s uncanny resemblance to the Galaxy S makes it look and feel like a high-end device and the textured back is a nice addition. The rubbery feel makes it more secure in the hand, and while the Galaxy Ace isn’t as slim as the Galaxy S, it is hardly thick at 11.5mm.

That said, the Galaxy Ace feels rather plasticky and not that solid. As for the inside, there are a couple of additions to the native Android OS as part of the TouchWiz UI. Firstly, the task manager widget allows you to close applications running in the background that might suck unnecessary battery life. There are also up to seven home screens, which can be removed and customised to suit your needs.

The GPS performance is good too, with a quick fix time and no issues when using Google’s Navigation app to drive home. However, using things like this do show that the 800MHz processor can sometimes lag. There’s a noticeable delay when flipping between home screens, loading web pages and looking through the media gallery, which is a pity.

Having said that, Samsung has built the phone to a price and so you will have to invest more in a faster model (either the current Galaxy S or the dual-core Galaxy S II) if you want to eliminate such slowdowns.

The camera quality is good too, considering the impressive camera sensor that it comes with, and the LED flash that works at short range to improve low-light photos. There are many scene modes to choose from, including party/indoor, fall colour, landscape, candlelight and text, all of  which work surprisingly well. Given the lower-resolution display (320×480 pixels, as against 480×800 pixels on the Galaxy S), you are better off looking at the pictures ona  computer.

One major gripe is the memory on board, or lack of, as there’s only 158MB of space to install apps. While you can install many apps to the memory card with Android 2.2, not all will work – especially many widgets. As a result, you will be limited on the number of apps and games you can install. The phone also comes with a rather tiny 2GB memory card out of the box, although you can add cards up to 32GB if you so desire.

For messaging, Samsung has included Swype and with a decent screen size, it’s easy to glide over the letters to enter words quickly. Of course, you can enter text the old fashioned way too.

It’s hard to imagine the Galaxy Ace and Galaxy S are in the same family, but despite some obvious compromises the basic core is there and the Ace offers most of the features for a lot less money.

If you’re in the market for a mid-range Samsung smartphone, with a decent camera, the Galaxy Ace could be for you. It packs in a lot for the money and is the star of the four new mid-range Android range. It can just about be looked upon as a mini Samsung Galaxy S, although Samsung now has the Galaxy S II with a newer version of the OS, dual-core processor and an updated TouchWiz user interface. The Galaxy Ace has a 800MHz processor and there is a trade-off in speed and performance, but we’re willing to accept this for the money you’ll save overall. 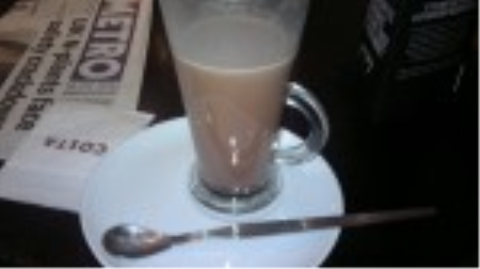 HTC Incredible S Review
HTC has created plenty of Android smartphones over the last two years, so if you thought they were all going to end up looking exactly the same, think again…
Devices - Jonathan Morris

HTC Incredible S: Those clever rotating keys up close!
We’re working on our review of the HTC Incredible S that we got at the start of the week. For now, we’ve got a short video that looks at those clever virtual buttons/softkeys that rotate when you turn the phone – as well as run the phone through some benchmark tests.
Devices - Jonathan Morris