Seven-inch tablets are being pitched to focus on consuming content, much more than their larger 9-10 inch predecessors. The Kindle Fire takes this concept a bit too far and ends up neglecting too many areas where other devices excel in a bid to push you towards Amazon’s own services.

Let’s look at what it does do well.

Buying and reading books from Amazon is an unsurprisingly good experience. The Amazon store is heavily integrated with the device, and just picking the Books tab at the top of the screen takes you straight into your library with easy navigation to the store. Amazon’s recommendation service is spot on as well,  and suggests a range of titles from authors I already know and like, plus some intriguing choices I have never heard of.

Reading on the Kindle is also a pretty decent experience, but it still has all the disadvantages inherent in reading text on a lit up display. It doesn’t have the original Kindle’s e-Ink technology, which is designed to recreate the easy-on-the-eye book experience of actual paper – no one has yet found a way to combine that with a screen that can play films as well. I wouldn’t be surprised if that was a priority R&D focus at Amazon HQ right now.

MOVIE CONSUMPTION A FOCUS
Films are similarly easy to access and find and buying them is also easy through a well-integrated library and shopping function. Film quality on the Fire’s TFT touchscreen is good, and while the video isn’t as sharp as on other devices, the Fire handles streaming better than any other tablet I’ve come across.

Using Amazon’s video section you will be hit constantly with ads for video-streaming service LoveFilm – which Amazon bought at the start of last year. Signing up for £4.99 a month is easily done through an Amazon account and the service then effectively takes over the video options on the Fire.

Amazon’s LoveFilm has an excellent selection of films

I found LoveFilm very easy to use. It’s got a broad selection and streams are quick and high quality. However, while Amazon is understandably pushing LoveFilm, you can get other services such as NetFlix which do the job just as well, even if you have to access them through an app.

The Kindle Fire HD will also play videos you load on to it, and I found the pre-installed Personal Videos app could handle a pretty wide range of formats – including MP4 – which is something other native video apps on Android and iOS often struggle with.  You should also be able to play pretty much anything with the range of free video playing apps available on the store.

The two biggest drawbacks of the Kindle Fire HD stem from its lack of power and Amazon’s tinkering with the Android OS.

Interestingly, I couldn’t find a version of the standard benchmarking app I use on most devices on the Amazon app store. According to PC Pro the Fire racked up a score of 2,229 in Quadrant. That’s almost 1,500 points behind the Nexus 7, and around 3,000 points behind devices like the Samsung Galaxy SIII. In other words – it’s slow – and it shows. App loading times sometimes go over the reasonable/annoying threshold, and navigating around the device is not the smoothest of experiences.

A BUDGET DEVICE INDEED
Another area where Amazon has cut corners is on the 1.3-megapixel camera on the screen-side of the device. That’s just about good enough for video chat, but that’s probably all you’ll use it for.

That low spec though doesn’t seem to translate into amazing battery life. Amazon claims the Fire HD will last for 11 hours of continuous use, I found myself having to recharge it  more regularly than that, even after days of very sporadic film watching and browsing.

Even more of a problem is what Amazon has done with its bespoke version of Android. In gearing up its OS for use with its own services, Amazon has undermined or removed many of Android’s more useful capabilities – effectively neutering much of its ability to serve as a general computing device.

This is immediately clear from the way Amazon has set up the home screen. It features a carousel of favourite apps and content plus a range of tabs above starting with Shop and including separate sections for Music, Books, Web and Offers (which also pop up as ads on the lock screen).

Organising access to the apps you’ve already downloaded is a challenge. You can ‘favourite’ apps for access through a star symbol on the pop-up bar at the bottom of the screen, but if you had more than a handful, finding the right ones would be far too time-consuming.

The OS is also far uglier than even the most purist implementation on Google’s Nexus tablets, and even the skinned versions used by most other manufacturers.

Personally, my biggest beef with the Kindle OS is the lack of apps, especially those from Google. Not only does Amazon’s store not have the same range as Google Play, but it is completely bereft of the apps like Google Drive and Gmail that integrate so well on other Android devices.

Of course there is an inbuilt Email app – but like too many native email applications (Apple’s iOS email being one of the exceptions) it isn’t a patch on the versions built by the providers themselves. For example, setting up a Google account with two-step verification is an arduous, multi-step process on the Fire HD, but a simple one on any other device I’ve tried it on.

Another big weak point on the fire is Amazon’s own Silk browser. It’s slow and its controls often feel counter-intuitive. Strangely, It uses Microsoft’s Bing as the default search engine, which I can understand on a Windows Phone device, but on the Fire seems more like an attempt to stick an extra two fingers up at Google. That would only be an annoyance if you could switch to another browser, but I couldn’t find a single alternative on the Amazon store.

EXPLAINING AMAZON’S OPERATING SYSTEM
Amazon’s Kindle tablets use Google’s Android operating system as a basis, but it has heavily modified it. Amazon has done that because Google’s OS is free to use and open source, unlike other software such as Windows Phone, or Apple’s iOS.

Amazon’s proprietary version of Android does the job

One of the key changes they have made is to strip out all of Google’s services – taking away the revenue earning opportunity Google gets on other devices. That effectively means Google is getting nothing out of an OS that it did most of the work on – something the search giant is unlikely to be especially happy about.

In practical terms, it means you are relying on Amazon’s technical teams (i.e. salespeople) for the quality of the software and updates, something that doesn’t personally fill me with a great deal of confidence.

THEY WANT YOUR MONEY BAD
The Kindle Fire HD is one of the most extreme examples of a useful device tailored to one small set of uses and that will have a huge impact on whether you should consider buying it. If you have an extensive collection of books and films bought from Amazon, and you only want a tablet for consuming content and a little (very) light web surfing, then the Kindle Fire HD is a good low-cost option. It’s hard to argue with a £159 price tag.

Let’s be honest here, Amazon is only subsidising the Fire because it wants you to use its own services. It has skimped on hardware in areas which would have made for a far better experience, and actively cut off effective tools for other uses that won’t contribute to its bottom line. Amazon Boss Jeff Bezos may have been clear that he views the Kindle tablets as a service (for accessing content) rather than as computers, but being constantly aware of the Fire’s attempts to push you to spend money with Amazon is a reminder the user experience is a secondary consideration.

The problem for the Kindle Fire HD is that even with that subsidy, at £159 it is competing at the same price point as Nexus 7. The Nexus 7 may not have the full-on integration with content services that Amazon offers – but you can access all those services from the Google device and do so much more.

PLUS
+ Cheap
+ Good integration with Amazon
+ Good for streaming video

VERDICT
If you really are only interested in using a tablet to watch movies and read books, then the Kindle Fire might be the right device for you. If your horizons extend any further, there are far better choices out there

More Stories
Review: HTC One X+
HTC’s pimped up the unfairly ignored One X for late 2012. Is it second time lucky? HTC ONE X+ £474 (contracts start at £31p/m) Reviewer: Philip Brown The HTC One X+, like its forebear, is in danger of being cruelly overlooked. It’s a shame, as it just might be the best Android phone available right […]
Devices - Allan Swann
Review: Samsung Galaxy S3 Mini
Samsung’s flagship S3 smartphone gets a ‘mini’ sibling – but just how far has the apple fallen from the tree? Samsung Galaxy S3 Mini £300 sim free, or £25p/m on contract Reviewer: Jasper Jackson The S3 Mini tries to be a smaller, cheaper version of the S3 – but ends up being a rather poor […]
Devices - Allan Swann
Review: Microsoft Surface
A curiously unfocused tablet, but full of potential Even as I sit down to write this review, I still have no idea what market the Surface is aimed at.   Its advertising campaign suggests its a hip, indie-kid cool device that will change the way you use a tablet ‘ an attempt to out-do Apple’s […]
Devices - Allan Swann 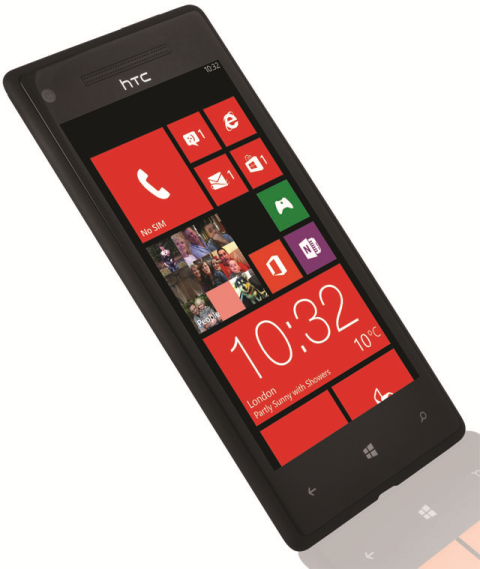