Review: The Lumia 520, the even more budget Lumia phone 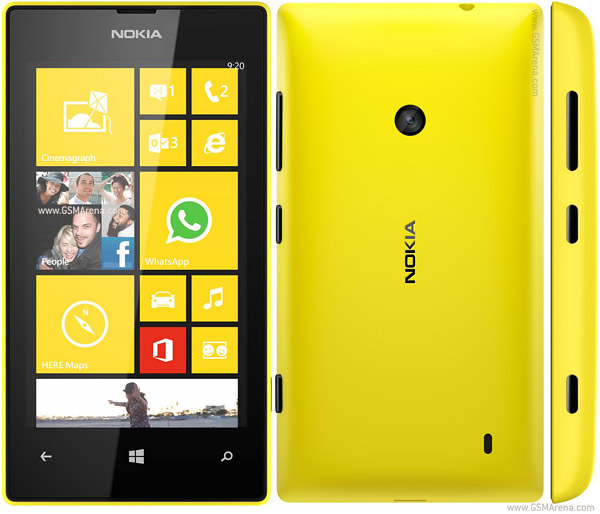 The Lumia 520 is a junior budget version of the Lumia line. Can it keep up with its big brothers?

Nokia’s step down to its step down Lumia, the 520, struggles with the tasks given to it but is still a pretty good budget offering.

The Lumia 620 was released to the market in January this year as Nokia’s entry-level smartphone, a budget device that ran the latest and greatest of Microsoft’s mobile operating system, Windows 8.

The phone has the trademark Lumia square edges and big, brick-like body.   This works on the 520 though ‘ it’s a small phone with a screen that looks larger than its four inches.   The different coloured casings also help differentiate your device, although word to the wise, don’t go for red. It’s pretty painful on your eyeballs after a while.

These multi-coloured covers are made of tough plastic and while not as fancy feeling as those of the 520’s older siblings, they still feel like they’ll keep your smartphone safe from everyday wear and tear ‘ the review unit suffered no harm being in a bag for a week. However, plasticky does mean I wouldn’t want to drop it on any pavements, for fear the shell would crack.

Dealing with the Lumia’s operating system, Windows Phone 8, can be a painful thing for Mac users; you’ll need to be running Apple’s Lion or a later version of its OS in order to download and use the Windows Phone 8 app, to sync music, photos and videos with your device. And even then, some of your iTunes content will be DRM protected, meaning you can’t put it on your handset. PC users are in an easier boat, you’ll just need Windows 7 or 8 to download the app and then sync content.

As always, Windows Phone 8 is a joy to use. It’s easy and intuitive and the home screen, tiled with your choice of apps and functions, is attractive. You can of course change the colour scheme (something that clashed hideously with the red cover of our review sample) and pin what you like to your home page.

This is an operating system that Windows has gotten right, particularly on a budget device most likely bought by entry-level users who perhaps haven’t handled a smartphone before. There’s the tiles on the home screen or a core, alphabetized menu if you lean that way. The interface is simple to use, attractive while doing so and littered with succinct but unobtrusive tips; unlike other menu systems, I’ve never yelled at the Windows Phone 8 tips in frustration, or had to skip through endless set up options.

Like most operating systems, you need a proprietary account to sign into some of Nokia’s app offerings, such as Nokia DRIVE, but this isn’t too onerous to set up ‘ you’ll require a Hotmail address, but if you grew up in or before the 90s, you’ll be sweet; enjoy resurrecting those cringe worthy ‘DragonWings87’ email addresses.

One other Windows Phone capability that I particularly like at set up is the Transfer my Data option, which does what it says and pretty seamlessly syncs your contacts from another device via Bluetooth. I haven’t come across another solution that does this as well as Windows Phone 8 and it’s a godsend for reviewers with poor memories to be able to shift over a contact list without hassle.

The app offerings are, as ever with Microsoft, still lacking.

Major apps are there, like Facebook, Twitter, Whatsapp and Skype, but for peripheral apps, you may need to look elsewhere, with some big names missing, such as Instagram. Games are a particular blind spot; for anything less mainstream than Angry Birds, you’ll often need to switch OS. Temple Run, let alone Temple Run 2, doesn’t feature, so forget new games like Badlands.

What is on offer is often not of a very high quality.   The YouTube app offered by Microsoft, for instance, is just a link through the browser to the mobile website, where inevitably you’ll get links to songs which aren’t offered on mobile ‘ not helpful.

However, the good news is that Microsoft could be improving, if slowly. Spotify recently released the Windows Phone 8 version of its app, which will compete directly with Nokia’s own Music, something Windows mobile users had been waiting for since the release of Windows Phone 8.

HERE is a turn-by-turn navigation offering for drivers which works well; on a test drive it guided us correctly across London, apart from one exception when it tried to make us turn right at a no-right-turn intersection, and then tried to loop back around in a large circle to hit the same road instead of recalculating the route. Silly Nokia HERE. However, this aside, the service was useful and has the added, excellent, bonus of offering routes for download, meaning you can use them offline when travelling abroad, to avoid hefty data charges or indeed, the equally high charges of map books in book shops and street stalls.

Nokia’s mapping service, Nokia HERE Maps, is also useful, with an offline capability as well. The service matches up to Google’s Maps in a way Apple can only dream of bitterly in the aftermath of Apple Maps, offering search, directions and different map views if you wish it.

Another solid offering is Nokia’s Music, the Finnish answer to Spotify, which has various genres of music in playlists, available for streaming, with a handy data warning about only streaming while connected to Wi-Fi, to save on data costs. The playlists are varied and can be downloaded for listening offline, to mix up your usual musical palate. The only fly in the ointment is the restriction on skipping more than six songs in an hour ‘ this used to be attributed to licensing rules but is now removable with an upgrade to the (paid) Gold service.

Other Nokia offerings include Local Scout, which highlights nearby attractions, as well as Smart Shoot, a camera setting which takes multiple shots and chooses the best one.

The 520 runs a Snapdragon dual core processor at 1 GHz with 512MB of RAM. That’s not huge grunt but it should be enough to get what you need done. The 520 is running the same operating system as its higher specced siblings, including Nokia’s flagship 920, so there’s likely considerable load on the system.

Alas, the 520 seemed to reflect this burden, struggling with some tasks. The device was sometimes slow to respond to touch commands and using Skype heated the handset up quickly and to a noticeable degree. The 520 would occasionally freeze or switch out of applications with no warning.

One of the more irritating problems was the phone’s seeming inability to handle time zones ‘ setting it to automatically recognise them didn’t work and once manually set, the device would often reset itself or not keep up with time correctly.

Texts in particular were displayed out of sync, so it was difficult to know when a new text had been received, since it moved the new message further down the list of messages, instead of at the top as unread.

However the 520 handled loading on a browser and downloading and opening apps smoothly, without lag, and HERE maps, after a slow start, loaded new locations quickly, although again occasionally struggled with responding to touch commands.

The 520’s battery life is billed for 9.5 hours of 3G talk time and on testing, the device actually lasted well beyond this, so hats off to Nokia.

The 520 boasts a 5MP camera with autofocus, but no flash setting. This lack of flash can be felt in low-light situations, with photos in pubs coming out a little blurry and not well lit. However it’s very good for a budget device ‘ the pictures are fairly clear and sharp, with vivid colours, as is the video. There’s no front facing camera though, so Skype conversations are either blind or very one-sided.

Nokia offers Smart Shoot, a multiple photo option which allows you to choose the best photo of a bunch, but unfortunately this capability requires that you choose at the moment, meaning you have to pause whatever photo opportunity you’re capturing to select your shot, which is an annoyance.

The 520 is also loaded with Creative Studio, perhaps Microsoft’s answer to Instagram not shifting over to its OS. This allows you to add various effects to photos and edit as you will.

Other than slight niggles, the 520 lives up to the Lumia name in photography, albeit from the budget end of the spectrum.

It’s not a bad offering for a budget phone, but it sometimes feels budget when it comes to power. The device boasts a good camera and battery life – it’s a pity that it sometimes seems to struggle with its tasks.

A good budget offering which is let down by its struggles to handle the tasks required of it from time to time. This seems to be the main differentiator when compared with its step up, the 620, which struggled only slightly. However, the Lumia 520 is a good deal cheaper than the 620 and while there are cheaper phones out there which perform better, there are also more expensive phones that don’t. 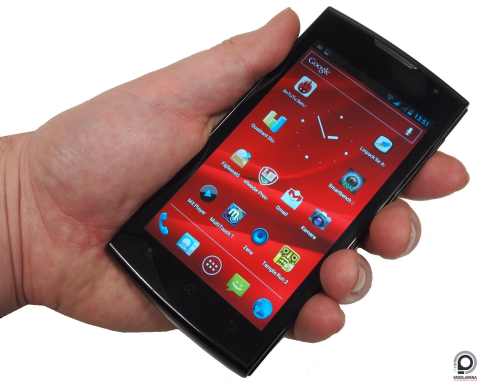