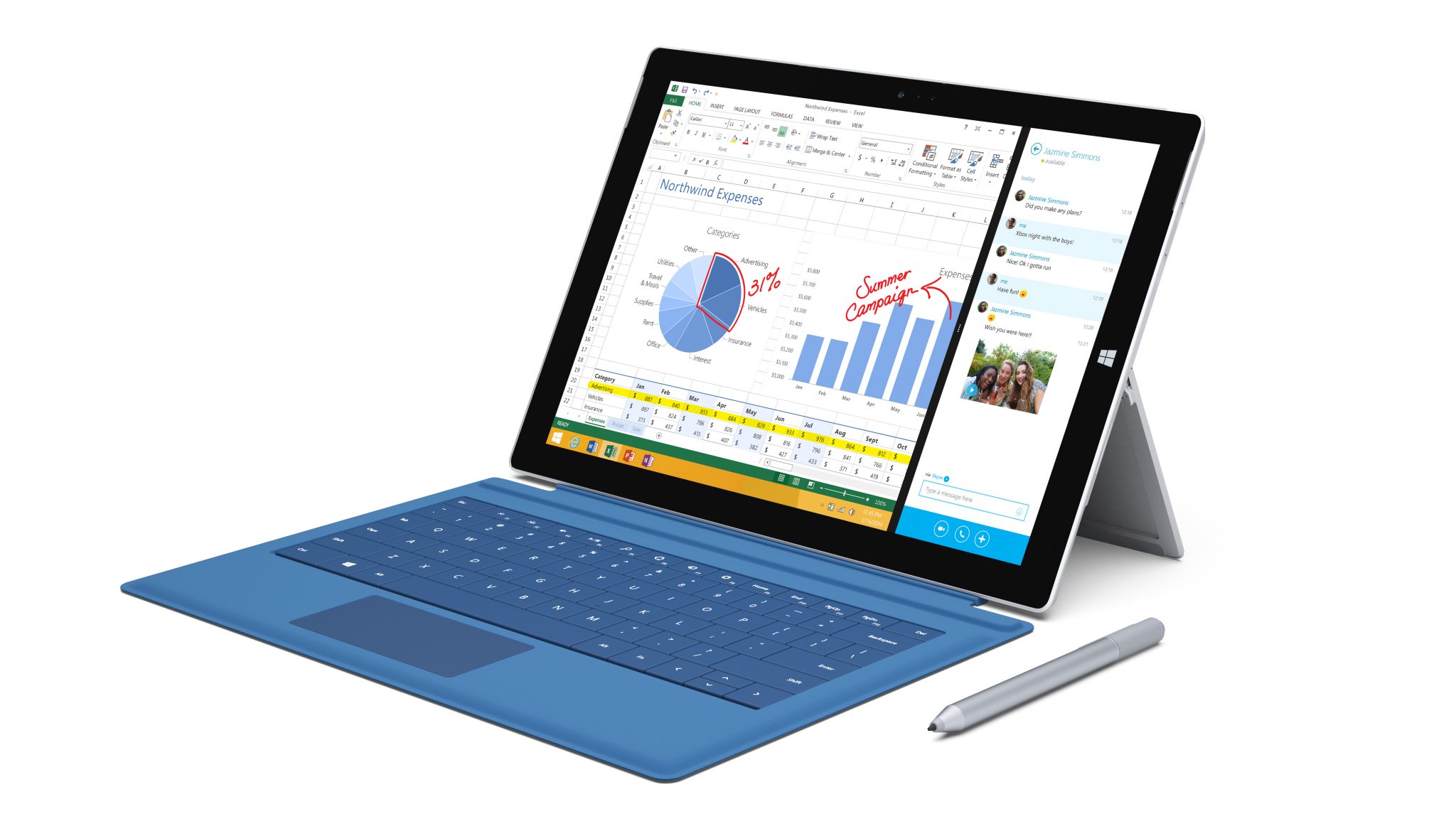 For a company like Microsoft, the rise of the tablet was bad news. Here was a company, one of the world’s biggest, that made its name dominating the home PC and laptop market. The explosion in popularity of MacBooks was bad enough, but now tablets were taking even greater chunks out of the casual PC user demographic.

It didn’t help that Microsoft’s first foray into the mobile OS scene with Windows Phone came in 2010 – three years after the launch of the first iPhone. The company was doomed to play catch-up to iOS and Android, and it still is in many respects.

Microsoft actually pioneered the tablet long before Steve Jobs unleashed his iPad upon the world. Around the turn of the millennium Microsoft released the Tablet PC, but by modern standards it was a poor attempt. It essentially ran an untouched version of Windows XP, meaning operating it with a stylus was tricky at best.

Just as Windows Phone has evolved though, so has Microsoft’s tablet vision. In fact, if you want an example of just how seriously Microsoft take the touch-screen scene you need look no further than Windows 8. Lambasted by traditional desktop users for its clumsy interface, the whole OS was designed specifically for touch usage. The company which had built its empire upon the desktop scene had sacrificed its key user base in order to advance its tablet cause. Windows 8 was designed to be the operating system which would unify the desktop and tablet experiences.

It’s clear that Microsoft firmly believes that tablets are the future. In fact, it’s plugging the new Surface Pro 3 as the ‘tablet to replace the laptop’. Microsoft is actively hoping that you’ll ditch your laptop for its new tablet.

It’s a mighty high ambition. We’ve never reviewed an Android tablet which has come even close to matching all the many applications of a PC, nor does the latest iPad. This is where Microsoft’s unification comes into play. The OS on the Surface Pro 3 is not Android, it’s not iOS – it’s essentially fully fledged Windows.

That means that when it’s operating in ‘desktop mode’ it resembles just that, a desktop PC. You can use any program you would on your old tower computer or laptop, from Microsoft Word to Photoshop to Steam. Gaming is the same – if it’s compatible with Windows 8 then it’ll run.

Then you also have the Live Tiles view that you normally get on Windows tablets. It’s a simple interface geared towards touch, and from here you can run more conventional mobile apps. It’s not quite the same library as you’ll find on your Windows Phone due to the Surface using a different architecture, but most popular apps are there.

The breadth and versatility of apps and programmes is by far the biggest strength of the Surface Pro 3. Whether you’re out and about and need to perform some quick tasks, or sat at your desk in full-on work-mode, it can be tailored to your needs.

The device itself actually has a fold-out stand built-in, so you can sit it at any angle you choose. It’s suitably stiff so that it can be folded to any degree and remain rigid, even bending back on itself for a near-flat angle.

The level of stiffness does feel a little unnatural though, and the fact that two small tabs are the only part of it you can actual pull or push on when the stand is closed can make it a little tricky to unfold quickly.

Overall though the form factor of the Surface Pro 3 is fantastic. It simply feels like a premium device. Its body is entirely matte silver metal and glass. At 800g it’s far from dainty (nearly twice as heavy as an iPad Air), but the weight adds to the premium feel. It’s also a consequence we’d accept for a quality build every day of the week.

Its vents are placed evenly around the edge of the top of the device too, for more effective dispersion of heat, which is clever. Plenty of laptops and tablets suffer from poorly placed exhausts, meaning you can’t lay them flat on a bed without them overheating, or on your legs without them getting burned.

If you didn’t notice they were there at first, you certainly will once the device gets going. It’s a powerful machine, and it sounds like one too. The fans are noticeably loud when its using demanding apps and programmes, more so than any tablet we’ve ever handled. If Microsoft wanted to make a tablet on par with a laptop they certainly got the noise levels right. It’s a good thing they’re there though, as the Surface Pro 3 is awfully quick to heat up when put under duress, even if it’s watching a five-minute YouTube video.

Again though, the noise and temperature is tolerable for a device this powerful. There’s a wide number of spec variations to choose from when purchasing the Surface Pro 3, meaning you can choose between a 4th generation Intel Core i3, i5 or i7 processor. With speeds of either 1.5GHz, 2.9GHz or a mammoth 3.3GHz it’s capable of handling just about anything you could throw at it.

Even PC gaming is possible, although don’t expect to be maxing out Crysis 3 any time soon. Windows 8 games like Hearthstone or Worms will run just fine. You can even run heavier titles like Diablo III or Titanfall – just don’t expect it to be a pleasant experience.

Needless to say though, any app you care to download from the Windows Games Store will absolutely fly. The most demanding of mobile-designed games have never looked, or played, better.

That’s not to say that the Surface Pro 3’s display is immaculate. Despite a quad-HD resolution of 2160 x 1440 pixels, when you spread it out over a 12-inch screen you’re left with 216 pixels-per-inch. It looks absolutely great 99% of the time, but you may be slightly disappointed when watching video. It doesn’t hold up to the same standards as a high-end laptop, nor the retina display on Apple’s iPad range.

Rather handily, though, you’re not confined to consuming media via the tablet itself. There’s a mini display port for outputting video up to 4K in resolution (providing you have a monitor or television that can handle it). This makes watching movies you have downloaded to your tablet on the big screen a breeze.

As made clear by Microsoft though, the whole point of the Surface Pro 3 is that you don’t need any other bits of home electronics in your life. The Surface Pro 3 should be your entire work, creative and media hub. To help facilitate all this is the Surface Pro Type Cover.

As the name suggests, this is a detachable keyboard and trackpad which can fold up to protect the tablet’s screen. It’s also a wonderful idea, executed surprisingly well.

The wafer-thin keyboard snaps on to the bottom of the Surface Pro 3 magnetically, so there’s no fiddling around with hard connections. Once attached you can still operate the Surface Pro 3 however you like, swapping back and forth between swiping, typing and using an on-screen mouse as you please.

One of the most important features of the Type Cover is that it can be elevated slightly where it connects to the Surface and magnetically stick to the bottom bezel. This provides you with a raised keyboard much more akin to a desktop keyboard. It may sound minor, but it goes a huge way to making you feel like you’re using a real laptop, particularly if you actually have the device on your lap.

The trackpad is also brilliant. It’s genuinely better than most integrated Windows laptop trackpads we’ve come across – the left and right click have a satisfying amount of feedback and travel, and it even supports multitouch gestures.

The same can’t be said of the keyboard itself, unfortunately. Whilst Microsoft has done well to improve it over the version it released with the Surface Pro 2, the keys still have far too little travel, feeling spongy. Expect many an unintended keystroke. Mechanical keyboard fans may well want to cut off their hands rather than use it. It’s still a whole lot better than using an on-screen keyboard though, and it’s great that it supports the full range of Microsoft shortcuts like Ctrl+C, Alt+Tab and Ctrl+Alt+Del.

It’s the addition of the Type Cover which allows the Surface Pro 3 to bridge the divide between tablet and laptop. It’s the cornerstone of Microsoft’s entire vision – without it the Surface Pro 3 just doesn’t make sense. Which is why it is completely insane that you have to buy it as a separate accessory. Just to reiterate – the Surface Pro 3’s entire raison d’Ãªtre is not packaged along with it.

There’s shooting yourself in the foot and then there’s leaving yourself without a leg to stand on. The Surface Pro 3 costs enough as it is – ranging from £639.99 to £1,649.99 – it’s bordering on insulting that Microsoft expects you to cough up a further £109.99 to get full functionality out of the thing. Not to mention the fact that £110 for a keyboard is an incredible amount of money.

It’s not all bad news, though. The Surface Pen comes packaged with the device, and it’s just as impressive as the Type Cover. It’s a stylus in all but name, as Microsoft wants you to think of it more as a legitimate writing tool rather than a simple pointing stick.

It’s made of metal and has the right weight and overall size to feel like an actual pen. It also has a clickable top, which performs some neat functions. If the Surface Pro 3 is laying dormant on the table and you need to quickly take a note, you can simply pick up the Surface Pen and click the button its top. This wakes your device and opens up the One Note app. Then, when your’e done note taking/sketching/doodling you can click it again and it’ll instantly save it to your OneDrive cloud storage account.

When the Surface Pen combines with the One Note app it’s one of the best experiences a tablet user can have. The Surface Pen is probably the best stylus going, and with over 1,000 levels of pressure in its textured tip ‘ink’ on the page actually changes in weight like your natural handwriting would. Combine that with the slight drag and resistance it offers on the screen and it almost feels like writing on paper. Almost.

There’s no denying that the Surface Pro 3 is a very well-featured device. From software to hardware, and even design, the Surface Pro 3 is a wonderful piece of kit. For once it’s nice being able to review a Microsoft device without having to mention the Windows operating system as a drawback. Yes the app selection is still a little limited, but when you have the entire Windows desktop programme catalogue available who cares?

It’s refreshing to have a tablet aspiring to be what we all hoped tablets would be when they burst on to the scene nearly five years ago. What’s most impressive of all is that the Surface Pro 3 barely falls short of these aspirations.

For most people this device could quite conceivably replace their laptop. If you’re big on gaming, editing or OSX then you may find it a little wanting. But for the ‘casual’ user this device is capable enough, particularly with the broad spectrum of available specifications. And make no mistake, if you already own both a decent laptop and a tablet then you’ll probably be in no hurry to trade them both in for this one device.

Shy of the audacious price and the baffling decision to not include the Surface Pro Type Cover, there’s really very little wrong with the Surface Pro 3. If the future is all about ‘laplets’ then it’s looking very bright indeed. 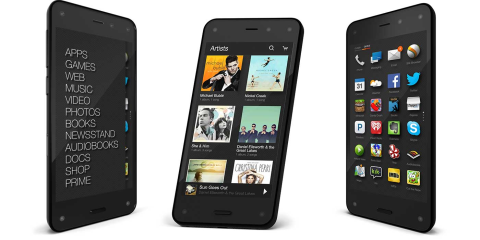 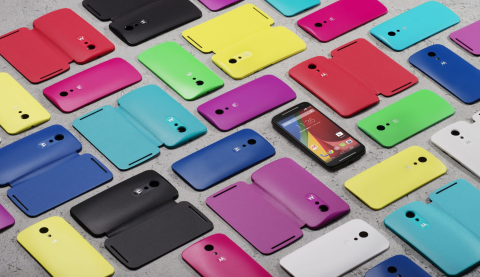