Review: BlackBerry Q10 – is a ‘proper’ keyboard worth the price? 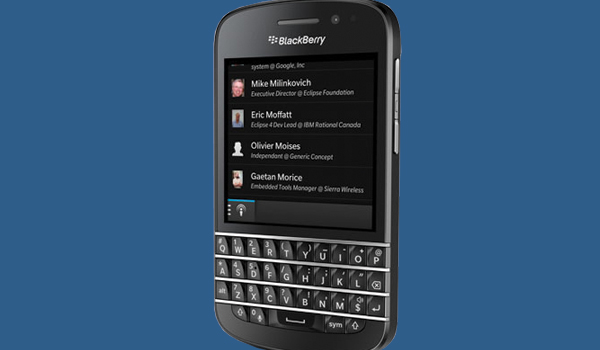 With a ‘proper’ keyboard the Q10 will delight the BlackBerry faithful, but is it worth the price?

The last time BlackBerry launched a touch screen handset with a QWERTY keyboard was two years ago, with the Bold 9900. It was less than impressive. The touch screen was more of a gimmick, providing virtually nothing you couldn’t do on the physical keyboard.

Now BlackBerry is trying again with its new Q10 handset. This is a follow up to the touch screen Z10 which went on sale at the beginning of the year. The Q10 and Z10 are closely-related with features and functionality that might have been copied and pasted.

However in terms of design, they couldn’t differ more. The Q10 is clearly attempting to appease the BlackBerry faithful who didn’t fancy jumping ship to the more modern-looking Z10.

Buttons and access points around the device remain in familiar positions: the power button along the top, volume control down the right.

The headphone jack is on the top rather than the left side. Next to the USB charging point is a microHDMI slot for linking to digital TVs and computers. This could be positioned elsewhere given the number of times I tried to incorrectly connect the charger cable for the HDMI slot.

The 3.1-inch screen is a third bigger than the Bold 9900. This has been made possible by removing the touchpad joystick as well as most of the function buttons from beneath the screen, to navigate around the device, so users must navigate via the touch screen. The bigger size means it’s comfortable to hold with a thumb naturally hovering above the screen, that makes using it an easy and comfortable experience.

There is no divide between the screen and the top row of the keyboard; both are now in a straight line, rather than the familiar downward curved shape.

A solid keyboard is what makes BlackBerry ‘famous’. It continues to be simple to use and gives accurate typing results ‘ unlike many touch versions (including the Z10). The keys are the biggest we’ve seen on any BlackBerry device and a small metallic bar separates each row, making the keyboard one of the easiest we’ve used.
The BlackBerry cover is easily removed with a   simple sliding down motion. Users of the Bold 9900 and Z10 will know how fiddly it can be to remove the cases of those devices – the Bold required a tough finger nail or coin to prize open. Under the cover you’ll discover a large Li-Ion 2100 mAh battery, which makes up much of the Q10’s overall weight.

Nice fascia, shame about the pics

No one buys a BlackBerry for the camera and the Q10 offers little to change this opinion. As with the Z10, the Q10 features a 2MP front facing camera and an 8MP rear camera. There are no dedicated camera buttons; instead BlackBerry gives you a shortcut at the bottom right of the menu screen. To open the camera you need to press for a second or two. Images are captured instantly by tapping the screen, using the volume bar or pressing the space bar. Automatic focus usually sharpens the subject, but in practice results are disappointing; unless you have a very steady hand, images often are blurred or colours smeared. Using the flash can overcome this, however.

Zooming is the usual ‘pinch and zoom’ technique, although this merely exposes further weaknesses of the camera quality. The availability of 1080p HD  video sounds impressive but still the camera struggles to focus, particularly indoors. When activating video only around half the screen is used, which is fine on a bigger screen but the Q1O has to squeeze the image into a letterbox format with black bars top and bottom. Neither is there a motion sensor to change to landscape or portrait. In other words, the video is as poor as you will see on a smartphone. It is, however,
easy to use and the ability to use the flash as a video light is a useful feature.

Booting up a BlackBerry handset can take a long time. The Q10 (as with the Z10) is quicker, but you still have time to make a cup of tea before it’s ready to go. Part of the delay is the need to agree with BlackBerry’s Terms and Conditions without which you can’t start the device – I’ve read shorter Stephen King novels than the small print here (see What Mobile online for video). And if you disagree you may as well get a refund, because you won’t be able to use the device without agreeing.

There are even more agreements to be made for various apps and even Messenger (does anyone actually read this legal gibberish?) At initial start up, BlackBerry guides you through the set up process, such as creating passwords and a BlackBerry ID and attaching an email account and WiFi. It’s a slow process, but it teaches you how to find your way around the device even if you’re a BlackBerry veteran.

The Q10 runs off a slightly tweaked version of the BB10 operating system, debuted on the Z10, with the BB10.1. For more details on the differences between the new and old BlackBerry operating systems, see our BB10 run down on page 70.

The minimal tweaks are to accommodate the keyboard. Modifications include the ability to search simply by texting at any time on the home screen; entering words such as ‘text’ or ‘music’   brings up a shortcut. Another minor difference is the number of shortcut features along the bottom of the menu screen. Also, whilst the Z10 has three shortcuts along the bottom of the screen ‘calling’, ‘search’ and ‘camera’, the Q10 only has two, omitting ‘search’.

The Q10 looks similar to most BlackBerrys launched over the ages. That’s not a criticism – there are only so many ways you can design a device with a 35-key QWERTY keyboard and screen ‘ and BlackBerry to its credit has excelled at that.

It’s important to stress again just how different the BB10 operating software is to BlackBerry users holding out for this device rather than the Z10 ‘ even the most experienced BlackBerry users will need to spend a little bit of time learning the new ways of manoeuvring around the handset.

The removal of the navigation keys makes for a difficult initial transition. Once through the learning curve however, the system is a joy to use. So be patient.

When receiving a phone call, the number or name of the person will appear towards the top of the screen with an arrow pointing downwards. This can take some getting used to, and requires a considerable amount of accuracy or it will simply continue to ring. Personally, I found this to be too fiddly.

However, for the more calm and composed amongst you, the call quality is excellent either through the earpiece or loud speaker.

The Q10 has a similar screen technology (Super Amoled capacitive) to the class-leading Samsung S4, known for clarity and contrast. Images and colours are crisp and solid ‘ particularly against the default purple and black wallpaper.

A 1.5Ghz dual-core processor and 2GB RAM powers things along nicely, which allows you to seamlessly glide through the various menus with no delays such as the irritating pop-up timer known to generations of BlackBerry users.

Some pundits have criticised the relatively low 16GB RAM. But as you can add a 64GB microSD card and many users are storing their stuff in the cloud these days, this shouldn’t be an issue.

Regrettably the screen is not made from Gorilla Glass which should be standard in a premium   smartphone, although BlackBerry has thoughtfully provided a case to help ward off damage from bumps and falls.

The Q10 handles video streaming well, although for many websites such as BBC iPlayer you will require additional software such as Adobe Flash ‘ which is not available from the BlackBerry World app store at time of writing. YouTube, which comes pre-installed, loads quickly (on Wi-Fi) and offers HD quality streaming and sound as good as you will find on a mobile phone, although the size of the screen means it will need to be close by.

As the screen is marginally smaller than that of the Z10, the number of icons/apps displayed in the main menu has dropped from from 16 to 12.

More apps are available to download through BlackBerry World, although the choice of apps is less than you’ll find in Apple Apps Store and Google Play Store, for example.

The Q10 browser is a big improvement over an older BlackBerry. When using   Wi-Fi, pages load quickly and are displayed to fit the screen. The browser copes well with websites not formatted for mobile display (this is a problem which would often freeze an BlackBerry of old). Nevertheless images can pixelate when zoomed. The browser can also be activated by voice; think of a budget version of Apple’s Siri. Press the button and ask Google what you want and (usually) the relevant web site will appear. Neat.

A smaller screen helps to maintain battery life ‘ BlackBerry claims the Q10 can run up to 14.8 days on standby with 13.5 hours of talk time. In practice, it went flat after a day’s usage, but this is still not bad for a modern smartphone.

The Q10 should appease BlackBerry users that like to play on a ‘real’ keyboard, as seen on the Z10. The device is modern, but still has enough of BlackBerry of old to keep its existing core audience happy. However, attempts to bring in a new audience, be it business or consumer, may be thwarted by the ambitiously high price of £580. This places the Q10 on the same tier as the Samsung Galaxy S4 and makes it £50 more expensive than the iPhone 5 and almost £100 more than the HTC One. Unless you’re offered a free upgrade or are a fussy road warrior who needs the feel of real QWERTY under your fingernails, we couldn’t recommend the Q10 at that price.

The Q10 is no doubt going to be snapped up by BlackBerry fans who demand a ‘proper’ keypad at any price and there is little doubt that the Q10 will delight them. However its £580 price tag means we can’t really recommend it over the current state-of-art devices from HTC, Apple, Samsung and Sony, which offer more technology at a lower price. 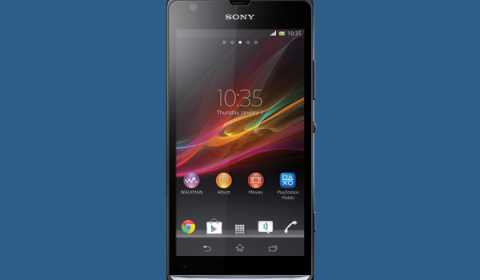