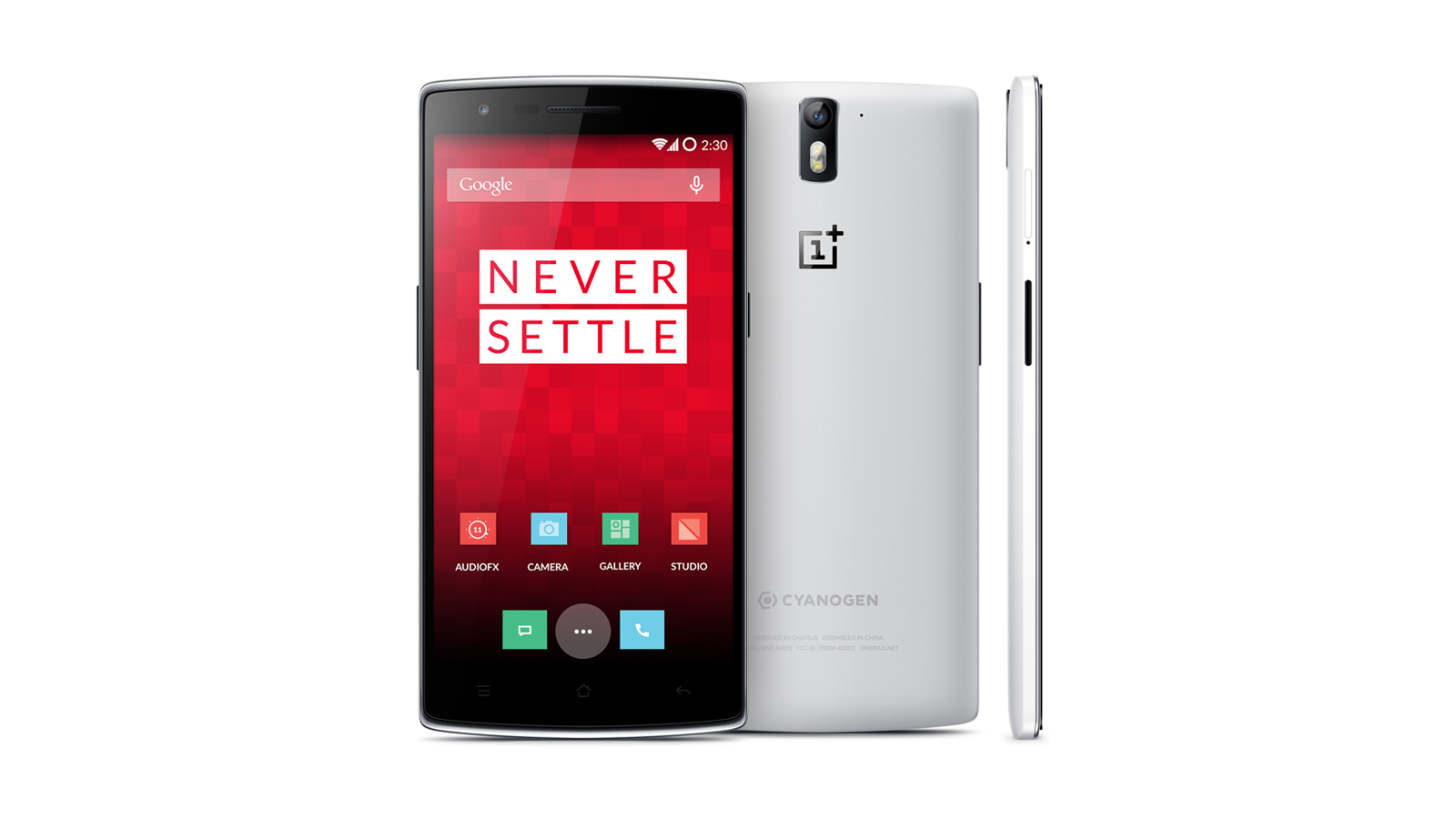 The current crop of Android premium smartphone flagships is now with us. And we can all marvel at the amazing specifications of top-tier phones such as the Samsung S6, HTC One M9, and LG4. But just look at those premium prices – all around the £580 to buy SIM-free and unlocked. However – if you’re not a badge or brand snob we’ll let you into a little secret on how you can get a premium smartphone every bit as good for less than half that price. The secret is called One Plus. And it is a secret that has actually been known to the gadgerati community for nearly a year now.

OnePlus is a Chinese start-up company based in Shenzhen founded by Pete Lau and Carl Pei, two young Chinese phone geeks both still in their 20’s. And they have developed a smartphone that matches the best from the giants you all know (but not necessarily love) for well under £300 SIM-free and unlocked.

One Plus designs and markets the phones which are then produced by Chinese manufacturer OPPO Electronics. The OnePlus business model means One Plus is only selling phones at a tiny profit margin that have been ordered directly by users. This is why you can’t go into a shop and buy one.

In fact, until recently you could only buy a OnePlus phone if you knew someone who had already bought one. The company sold its phones using a system of exclusive invitations. If you wanted one (and were lucky enough to get an exclusive invitation) you could buy your own. You would then be sent a invitation that you could send on to someone else.

This led to some unintended consequences – mainly people trying to sell their invitations on eBay. So OnePlus then put a time stamp in the emailed invites which had to be used within a day or so.

A couple of months ago OnePlus must have increased its production because it made the OnePlus One smartphone available for anyone to purchase on line – but only on a Tuesday and only between 8am and 8pm. So, we bought the 64GB version for £269. The 16GB is even cheaper at £239. But it makes little sense to save £40 and lose out on 48GB of memory. We doubt anyone would bother with the 16GB version.

To put this in context an iPhone 6 Plus with similar memory costs nearly £700 as Apple deem it appropriate to charge £80 extra for 64GB comapred with 16GB.The OnePlusOne has 3GB of RAM compared with the measly 1GB that Apple gives the more expensive iPhone 6. Unlike the iPhone 6 the OnePlusOne doesn’t regularly crash due to running out of RAM fwhen running memory-ntensive apps.

Open the top quality OnePlus One box by sliding out a ‘drawer’ and pick up the phone and you’ll not believe it is a £269 device. The boxing matches up to the best from Apple, Sony, HTC, Samsung and LG. The phone is extremely well bult with no nasty plastic or gaps between panels. The One2One experience starts Apple-like with an attractive box-within- a-box arrangement which gives a premium feel from the start, even the charging cable looks special – a red ribbon instead of the usual thread of rubber cable. So it is much less likely to end up in a tangle than a conventional cable.

The first thing you’ll notice about the OnePlus One is the back. It is made of a rough-textured fabric material clearly put there to enhance grip, It does this very well and, with the Gorilla Glass 3 screen, means a protective case shouldn’t be as essential as it is with a slippery iPhone.

Over the long-term we wonder how this will stand up to dirt and wear and tear. But it certainly makes the phone stand out from the herd. The quality of the fit and finish is up there with the best. The unit has a classy chrome rim which lends it a touch of class and which belies its relatively low purchase price.

A tapered edge of just 4.6mm makes it very easy to hold. Under the screen you;ll find the usual Android trio of ‘Settings, ‘Home’ and Back” virtual buttons. These can be configured to execute other functions according to your wishes.

These days all premium smartphones come with vivid high-res screens that throw out clarity and definition that would have been unheard of five years ago. The 5.5” 1080p HD screen doesn’t disappoint. Colours pop out even in bright sunlight and the unit responds to even a feather-like touch.

OnePlus one says is it has improved touch response by closing the distance between the touch sensor and the display panel which also apparently makes the screen three times more shatterproof than the more usual OGS (One Glass Solution) technology which removes one of the glass layers.

If you’re a regular reader of What Mobile reviews you’ll already know that the top Android phones of 2014 were powered by a quad-core Qualcomm Snapdragon 801 processor and this is what drives the OnePlusOne. This is the same chip used by the likes of last year’s top Samsung phone, the Galaxy S5.

The 802 chip is especially good for capturing images in ultra-high definition and beefing up the camera processing power to handle up to 21MP images. The phone is also provided with a Qualcomm Adreno 3300 graphics chip which optimises the phone for intensive tasks such as watching films and playing games resulting in console quality gaming. This gives greater detail for rendering realistic scenes with power efficiency that doesn’t drain the battery within an hour.

Although we’d class this as an Android device, in fact it uses a modified version of Android called CyanogenMod. This is a tweaked version of Android produced by a community of technical enthusiasts from around the world. They can do this because (unlike Apple’s iOS) Android is ‘open-source’.

So its source code can be accessed and manipulated. This means the OnePlusOne is devoid of the ‘bloatware’ manufacturers put on their phone and take away the memory you have paid for.

It also means that you can play around with the appearance and functionality of the phone to fit your exact requirements. Perhaps you’d like different navigation bars, colour schemes or widget. So the OnePlusOne will work exactly like an Android phone but with more customisation features. For example to operate the voice control you say “OK OnePlus” (instead of “OK Google”).

With the 801 processor providing the processing firepower and 13MP Sony Exmore sensor taking care of the imaging you would expect the camera on the OnePlusOne to be top rate and indeed it doesn’t disappoint. The main problem with mobile phone cameras is that they are not big enough to handle a larger sensor of the size you’ll find on a proper DSLR.

The Exmore sensor does balance the dark and bright pictures of the frame quite well. The OnePlusOne also has a vast range of picture taking options, allowing you to manually adjust area of focus, shutter and apertures speeds, light balance and ISO rating – just like a ‘real’’ camera. Framing the initial picture is just the start of producing the perfect shot. Editing tools allow you to crop and tweak the col,our balance, saturation and apply any one of many filters. The 5MP front camera matches the quality of the main camera of the top smartphones of two years ago.

For the price and specification, nothing really comes close to the OneLPusOne delivering bang for buck. The downside is that the phone is not sold by any retailers or networks. You have to buy it online directly from OnePlus.

So in the event of any faults the phone would have to be returned to OnePlus (they have
a UK repairs facility). The fact that it uses a spin-off system from Android should not be a negative factor unless you are wedded to using Android the way Google intended. Should you buy one. In the melodramatic words of Ed Miliband – Hell YES.

Log onto oneplus.net/uk at 8am sharp on Tuesday – and make sure you have your credit card at the ready.

A top-spec smartphone for half the price of the usual suspects. Brand snobs and Android adherents may be put off by the anonymity of the OnePlus name. But advanced users will adore the CyanogenMod operating system that enables the phone to be individually tweaked to the nth degree. 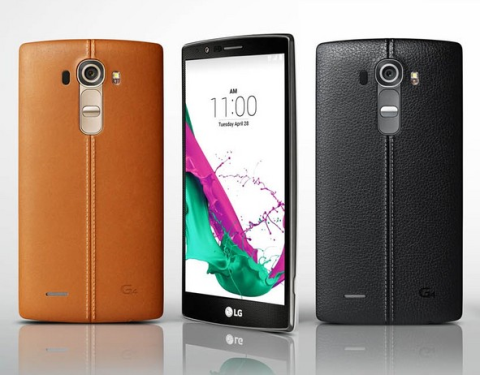