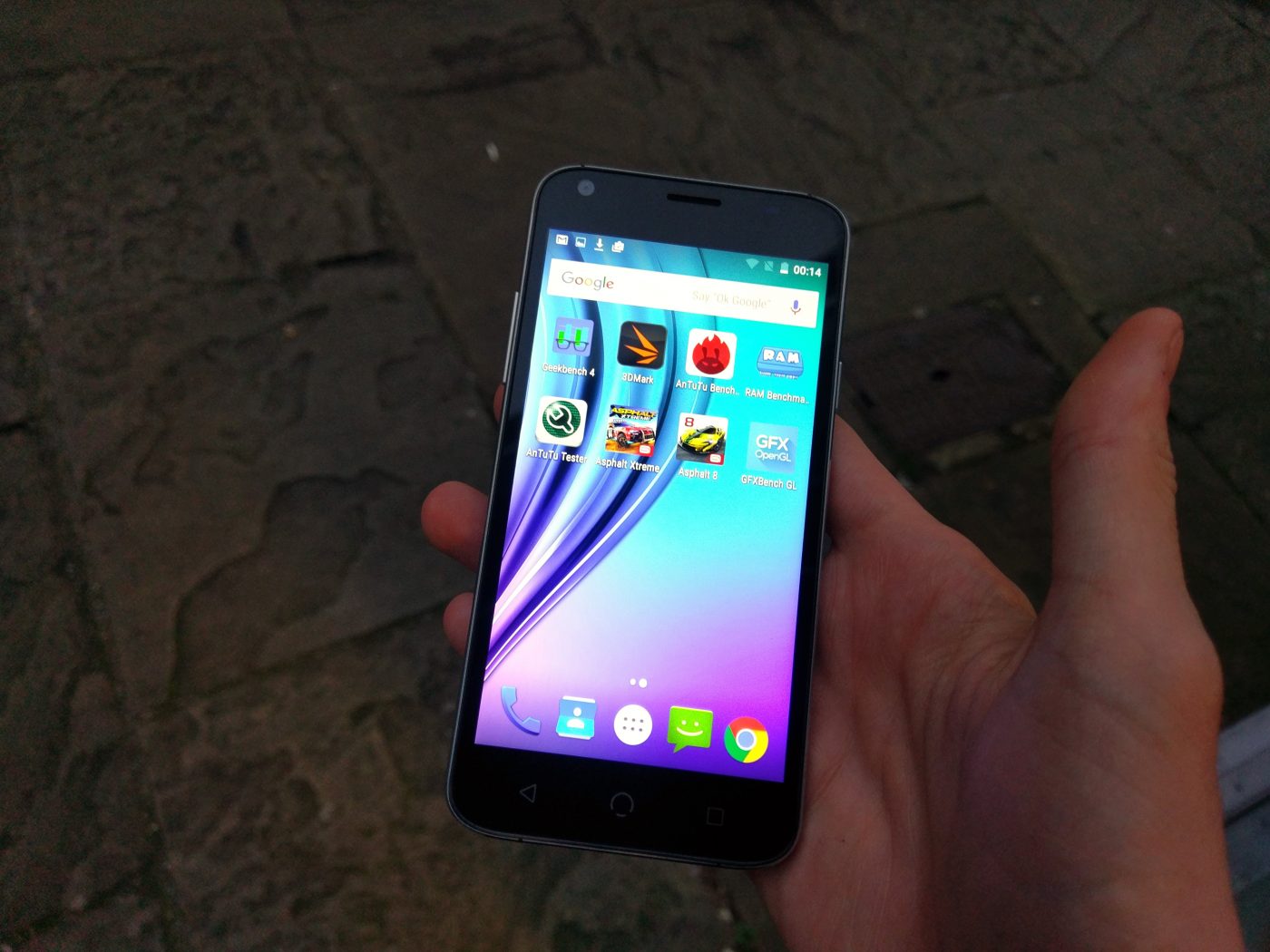 The NUU Mobile X4 is a budget handset aimed at low-end users, but can it separate itself from the slew of cheap handsets currently on the market?

If you know about NUU Mobile, chances are it’s because you’re a bit of a smartphone buff. The American and Hong Kong company is less than a decade old, having established itself back in 2010 and only moved into global markets recently in 2012. Specialising in budget handsets, they’ve stamped out quite a range which seems to target the bargain and mid-tier market. The NUU Mobile X4 sits on the former end of the market, costing just £129.99 SIM free. For such a cheap price, will it offer up the features necessary to satisfy users? Let’s find out…

We’re not even going to flower this one… It looks an awful lot like the Samsung Galaxy S6 and S7 had a Chinese OEM baby. Glass has been replaced by plastics but the metal frame surrounding the device looks awfully suspect. While we appreciate NUU Mobile going for a more premium feel, the overall aesthetic comes across as quite cheap. The plastic used on the rear doesn’t feel high quality and it attracts fingerprints pretty heavily.

We were also surprised to find how slippery the device was in the hand, despite doing away with a glass rear. If you put the NUU Mobile X4 on a flat surface, it can skid around pretty uncontrollably at times. That said, it does feel pretty comfortable and has a nice grip to it thanks to those rounded rear edges. 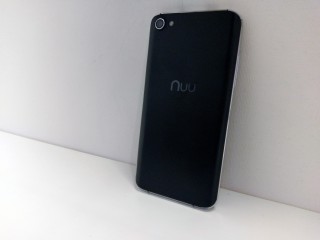 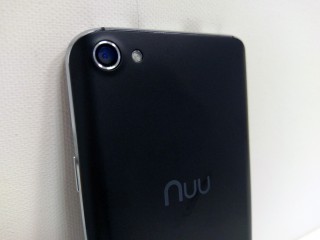 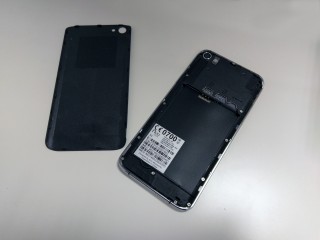 On the front you’ll find very little aside from some Android buttons, the screen and a front facing camera. The physical buttons look a little too large and dominate the front of the handset, while the design of them once again comes across as a bit on the cheap side.

Moving onto the sides and you’ll find the volume controls and a power key, the latter of which is placed too high up and feels slightly uncomfortable to use. Much like the trim surrounding the edges of the device, the buttons are solid metal which is a slight bonus for build quality. 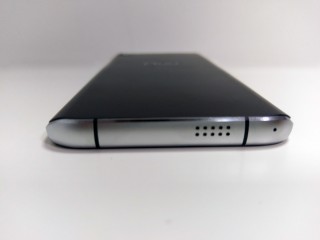 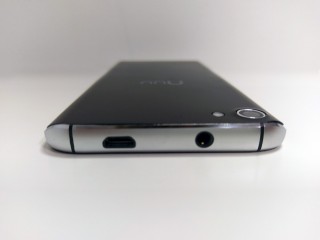 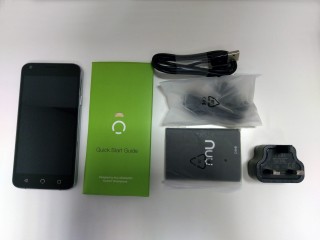 The back of the device is plastic with a curved back, looking like a bad imitation of the Galaxy S7. It has the benefit of making it feel better in the hand, though the implementation feels nowhere near as elegant. On the bottom is a speaker grille, which we found to give out quite loud audio with a good amount of clarity. The only downside was a lack of bass, which made things sound a little tinny when listening to some material.

The removable cover is a nice touch, allowing you to swap out batteries without much effort. Inside you’ll find an actual Dual-SIM implementation, rather than the typical microSD combo port found on most handsets. This is a pretty critical addition that will appeal to business customers who like to use two SIM cards without giving up expandable memory.

The NUU Mobile X4 features a 13 megapixel rear sensor with a backside illuminated sensor, which should help with low-light pictures. Optical image stabilisation is not included as standard, though there is a digital variant which seems to help somewhat but not enough for macro shooting.

We found the overall image quality to be a bit dull and dark, particularly in scenes where there was a high degree of contrast between shadows and highlights. This had a knock-on effect of losing detail in the shadow areas, while the highlights tended to be overblown and harsh. In our street images, you can see the camera struggling to expose the scene, with both sky and shadows losing significant information as a result. 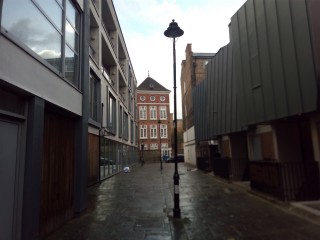 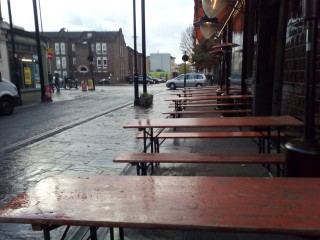 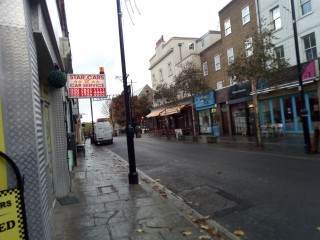 Focusing was also another issue on the NUU Mobile X4, with constantly blurry images. We noticed a bug in the software that would sometimes make the phone jump to the gallery when spot-focusing on a specific area of an image. Focus time was also generally very slow, with some images taking well over a second. If you’re the type of person who snaps fast moving footage, prepare to get very frustrated. 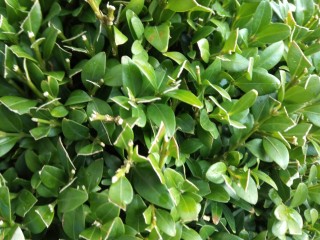 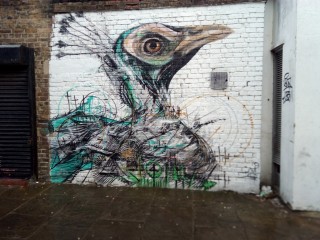 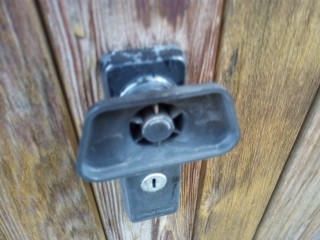 Oddly, while we lamented the daytime performance, the NUU Mobile X4 actually surprised us in the low-light image. While it was by no means brilliant, the sensor manage to carve out a surprising amount of detail, albeit with a fair amount of noise to boot. We could see the colours of our mascot and even managed to make out some hair detail! 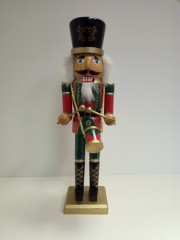 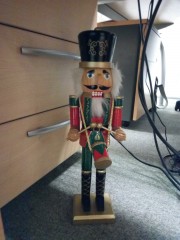 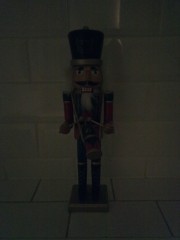 The 5 megapixel front camera is pretty terrible, with a horribly washed out appearance that seems to give everything an uninspiring grey tone. The only thing that really impressed was the focal length, as it seemed to have a pretty wide-angle lens.

The camera application on the NUU Mobile X4 is the standard Google app, meaning it’s fine for general pictures but not much else. The lack of manual controls is disappointing, though there is a HDR mode.

As far as screens go, the NUU Mobile is acceptable but nothing more. With a 5-inch 1280×720 IPS display, it has a pixel density that falls just short of print standard at 294ppi. This means individual pixels should be pretty much invisible to the naked eye. We couldn’t notice a significant hue to the tone and colour reproduction seemed okay. Obtuse viewing angles did exhibit some colour shifts which could annoy some, though the effect was only subtle.

The screen brightness really lets it down here, as once you get down to about halfway the backlight seems to shut off completely. Likewise when you crank it up to maximum, it’s still noticeably darker than comparative handsets and we can’t comfortably say it would be good for reading in harsh lighting conditions.

Utilising a MediaTek MT6735 and 2GB, general performance is on the lower end of the scale. The chipset is roughly comparable to the Snapdragon 410, a processor which first released back in 2014. Browsing the user interface and completing simple was mostly smooth, though we noticed some slight delay when opening applications. At this price-point it would be unfair to expect instantaneous results, however the performance definitely felt less speedy than other budget handsets like the Motorola G series.

Onto the benchmarks, which once again fall short of the top budget handsets currently available. Geekbench recorded a single-core result of 600 and a multi-core result of 1677, putting it behind the Motorola Moto G4 in both circumstances. However, it managed to beat the older G3. Likewise, the AnTuTu score of 32,422 puts it over 10,000 points behind the Moto G4.

The included Mali-T720 is often a bottleneck in these sorts of budget devices, so we were interested to see if it was the case here. Basic titles such as Candy Crush ran without much issues, while modern gaming titles such as Asphalt Xtreme ran pretty poorly on the highest settings. We found that turning things down to medium made it playable, although there was still noticeable frame drops in certain areas.

The handset manages to cram in 4G LTE capabilities which is a nice addition at this price, though the data speed rating is only CAT4. This offers a theoretical max download speed of 150Mbps and can’t take advantage of the faster speeds now offered by some network carriers. We also found call quality to be a little quiet, with some conversations hard to hear.

The NUU Mobile X4 runs on Android 5.1, which is pretty old by today’s standards. You get a stock experience with no overlay, which is exactly what we like to see on budget devices. In what seems to be a trend with lesser known smartphone manufacturers, some of the iconography found in the NUU Mobile X4 seems to date back to Android 4. The Dialler, Contacts and Messaging apps all use very old-school icons… it’s a blast from the past!

You’ll be missing a few of the key features found in Marshmallow such as Google Now on Tap and Doze; the latter of which will likely have a negative impact on overall battery life. Being a stock experience, bloatware is nowhere to be found with the only installed applications come from the Google suite.

The NUU Mobile X4 features a 2,250mAh battery, which is a little on the low side. In general day-to-day testing we found it could almost get through a day of use, though there were definitely time where this was not the case. We can only assume that is due to the lack of Doze, which helps to optimise life in devices running Android 6.0 or higher. Our AnTuTu battery benchmark also came out low, with a score of only 3,629. This is quite far behind competitors and could indicate a worryingly fast drain when the device is put under load. Thankfully, thanks to the battery being removable it would be possible to carry around a spare.

The NUU Mobile is another affordable budget device with nothing significantly impressive or eye-catching. The inclusion of stock Android is a nice bonus but a mediocre camera and questionable design mean that it feels a little lacklustre overall.