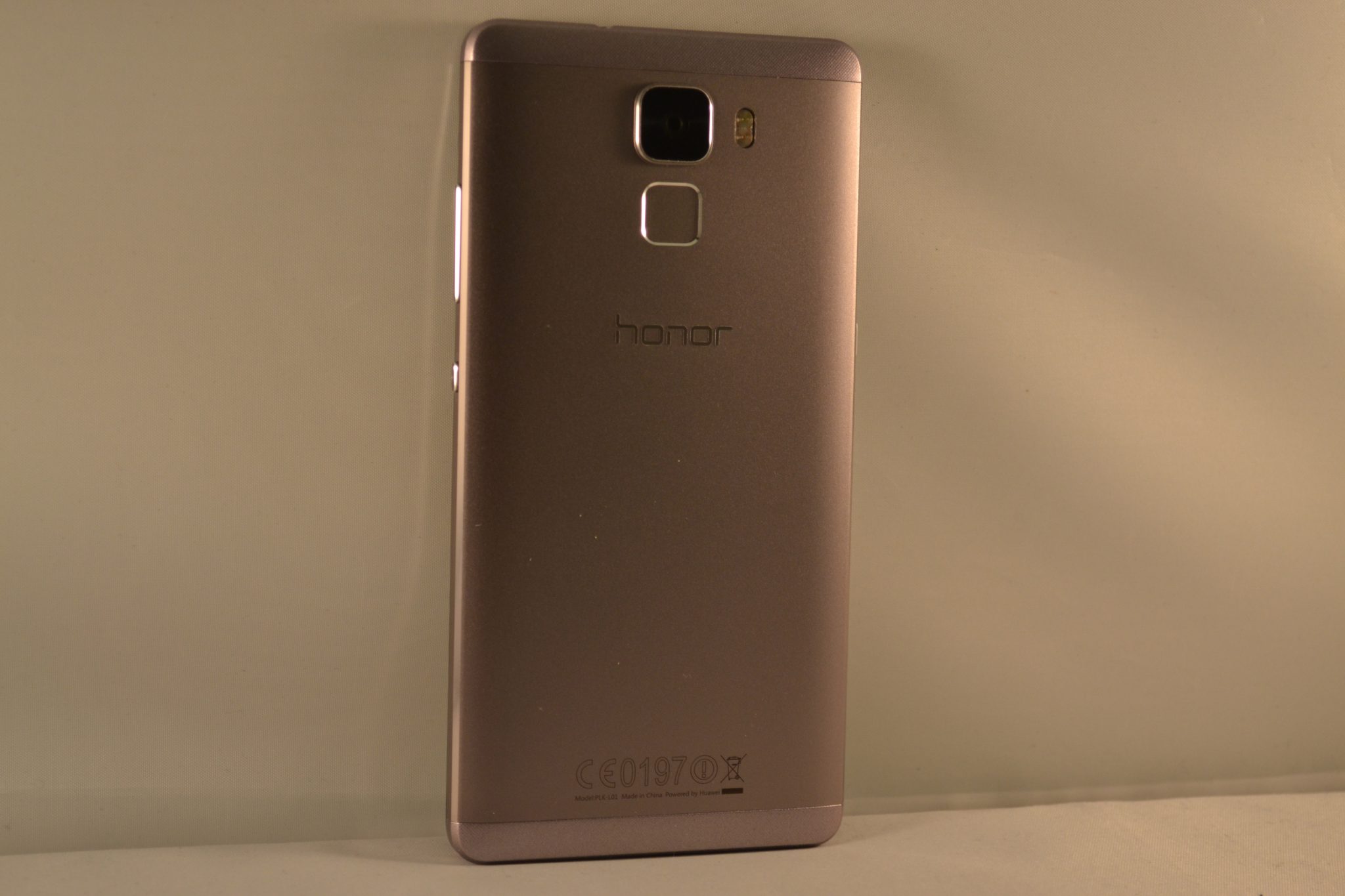 Huawei is at it again with a new follow-up addition to its premium Honor range. Can this midrange handset compete with the best?

Huawei sub-brand Honor has continued to make a name for itself thanks to competitively priced handsets that perform very close to the best flagships money can buy. The previous Honor 6 was a big hit, with impressive performance and a cheap price tag. The newer Honor 7 aims to carry on the success with an updated design and improved hardware. Will it succeed?

The Honor 7 is an attractive device that tries and mostly succeeds to compete with those at a much higher price-point. With a brushed aluminium finish that encompasses the rear of the handset, it certainly has a premium appeal. Honor has taken the best bits from numerous devices and thrown them together in an inspired design. There’s a hint of iPhone and a dab of HTC, finished off with a sprinkle of Samsung. Unfortunately, the two bits of plastic at the top and bottom somewhat detract from the overall experience.

On the rear, you’ll find the fingerprint and camera sensors, plus a dual-LED flash for better illumination in low-light. The camera lens itself benefits from having tough sapphire glass on the outside, meaning there should be less chance of causing any deep scratches. One the sides you’ll find a volume rocker and power button, plus a special smart key which we’ll get to later. There’s also a dual SIM slot where the second SIM holder doubles up as a microSD slot. 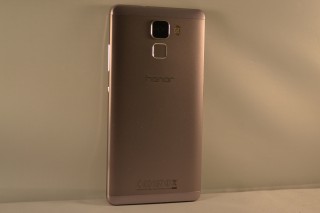 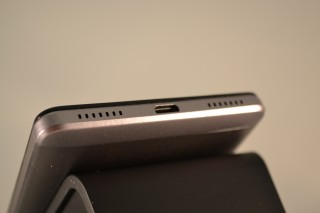 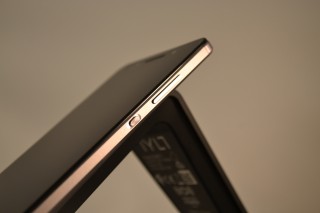 Featuring a 20 megapixel rear camera, the Honor 7 is way ahead of the competition on paper, though as we know, megapixels don’t necessarily mean everything. In practice I was pretty impressed with it but not blown away. The images show a great deal of detail and very little noise but I couldn’t help feeling that they seemed somewhat dull. Colours are very natural but I do miss the vibrancy from other devices such as the new Moto G.

There’s no shortage of features on-board, including the obligatory ‘beauty mode’ which tends to ship on most Asian devices. Adjusting the slider will give you virtual airbrushing effect which ranges from subtle to doll-like perfection. There’s also a very cool ‘light painting’ mode which uses a long shutter speed to create some spectacular looking light trails. It’s a bit difficult to use without a tripod but I still managed to get some impressive results by hand.

One irritating thing regarding the camera application is how the juicy settings are buried deep within the user interface. To alter exposure, ISO and the like, I had to dive into a settings sub-menu and scroll down to image adjustments. This seemed incredibly counter-intuitive and one has to wonder why they didn’t just put a quick-link directly onto the camera window. 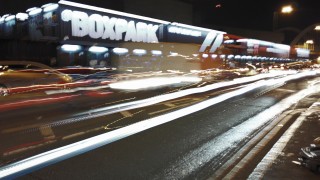 The Honor 7 uses a cutting-edge 5.2 inch IPS-Neo screen, which alters the manufacturing process of the LCD molecules to create better viewing angles and contrast. Since viewing angles are mostly stellar on all but the cheapest of modern handsets, there wasn’t any real-world difference when using the Honor 7 versus other smartphones on the market.

With a 1080p resolution, it equates to roughly 424 pixels-per-inch. This puts it well above the minimum print resolution standard, meaning text and images are completely free of pixilation. While it can’t compete with the QHD screens currently on flagships such as the Samsung Galaxy S6 Edge, this is a perfectly acceptable panel given the price.

Maximum brightness was impressive, beating other devices such as the OnePlus 2 which exist in the same price-bracket. I also found the colour tone to be quite neutral with some excellent contrast; colours felt like they were popping out of the screen. Overall, this device has a very good panel.

Huawei has continually ditched Qualcomm in favour of Chinese microprocessor manufacturer HiSilicon and the new Honor 7 is no exception. It uses the latest Kirin 935 processor which is the company’s flagship chip. Designed to compete with the top-end Qualcomm chips, it mostly hits the mark but suffers from some rather odd performance issues. The single-core benchmark score of 929 puts it in the same level as the last generation HTC One M8, which is a little disappointing. The multi-core score of 3448 is much better, with only the class-leading Samsung Exynos chips beating it.

In practice, navigating the UI is quick and smooth but the gaming aspect takes a massive hit. Playing Asphalt 8: Airborne at medium settings was excellent, but pushing things up to high resulted in a disappointing experience. The unpredictable frame-rate distracted heavily from the overall gameplay. At times it would be buttery smooth, only for the game to randomly slow down and stutter uncontrollably. This could be something that a simple firmware update could fix, or it may be that the Kirin GPU simply can’t compete with the likes of Qualcomm’s offerings.

The Honor 7 runs on Android 5.0, bringing material design themes and performance improvements to boot. Along with the Huawei P8, it also has the latest 3.1 version of the Emotion UI. This custom Android launcher is commonplace on most Huawei devices and is known for having some pretty substantial changes versus the stock software. There’s definitely a hint of Apple in the overall UI design, with frosted translucent overlays and slim-line icons in a cool teal finish. The notification and quick-access panels in particular seem to scream iPhone, which isn’t necessarily a bad thing.

That said, there are still some areas that hamper the experience and feel somewhat counter-intuitive. The app tray remains completely absent, which is a feature you’ll either love or hate depending on how you typically manage your applications. The recent apps page is also displayed in a 2×2 grid, which displays far less overall information than the default Material viewer included with Android.

The Smart Key which we mentioned earlier integrates with the Emotion UI to provide customisable shortcuts according to the tactile feedback applied by the user. The ability to hotkey multiple apps to the button is pretty useful and I found myself using it quite heavily for immediate access to music, fitness and camera applications.

The Honor 7 has a very large 3,100 mAh battery which should mean excellent battery life. However, it seems that the Kirin chip has once again let it down as our battery test measured a less-than-average 7 hours 54 minutes. This is only slightly better than handsets with a fraction of the battery capacity, so it makes you wonder where the extra juice is going.

A quick-charge feature is built into the Honor 7 which allows it to reach 50 percent in around 30 minutes and full charge in 1 hour and 25 minutes. As is commonplace with metal unibody devices, the battery is non-removable.

For anybody who wants a mid-range smartphone, the Honor 7 is a solid choice and more readily available than the comparative OnePlus 2. A flawed gem would be the best way to describe it, as the device has great aesthetic appeal and some excellent features both physically and on the software side. Navigating the flashy Emotion UI is a wonderfully smooth experience and it’s just a shame that the gaming performance and battery life are so decidedly average. 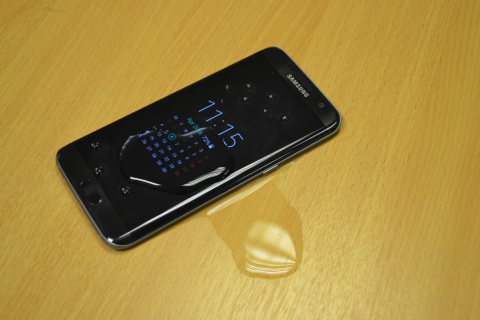 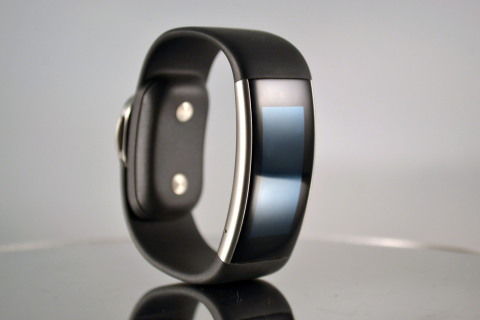 Microsoft Band 2 Review
[highlight color=#336699 ]Introduction[/highlight]   Microsoft’s newest fitness wearable is now on sale but is it a substantial improvement over its predecessor? Microsoft really believes that wearables are the future. They’ve banked quite heavily on fitness devices with lots of sensors and the band 2 is their next iteration of this. Retailing at £199, it’s by […]
Devices - Manny Pham
Sony Xperia Z5 Review
[highlight color=#336699 ]Introduction[/highlight] The mid-phone in Sony’s flagship Xperia Z line looks a little bit similar on paper. Can it do enough to differentiate itself from its predecessor? When Sony announced their three new smartphone devices at IFA this year, the response was a little muted. Not only did they look the same, they also […]
Devices - Thomas Wellburn
Samsung Galaxy Tab S2 Review
[highlight color=#336699 ]Introduction[/highlight] Samsung has once again graced us with another flagship tablet but how does it compare to this year’s competition and more importantly, its predecessor? Samsung are at it again with another sleek tablet that will surely fly off shelves and please fans. The company was the first to release an Android tablet […]
Devices - Manny Pham