Kicking off our Windows Phone 7 review special is this attractive looking device from HTC and Vodafone.

Since the Trophy is exclusive to Vodafone, it’s no surprise that the fifth square on the WinPho ribbon is 360 My Web, which takes you to the Vodafone portal (though you might have expected it to be Vodafone’s app which backs up your contacts and more instead of just a shortcut). Of course, you can move or delete this shortcut if you have something more important you’d prefer to prioritise.

Also unsurprising is the colour scheme which is bright red – actually, if you check it in settings you’ll see it’s a colour called Vodafone, just as the HTC HD7’s default theme is o2accent. The HTC Hub is directly below Vodafone’s square and takes you to the manufacturer’s server with its fetchingly presented weather information and more.

Like the HD7, the Trophy has been styled to be sleek and businesslike, the sloping edge beneath the screen a particularly pleasing part of the design and, incidentally, a long way away from the controversial trademark chin found on the Hero and Legend handsets.

The micro USB connector is exposed – much better than the flimsy flip-open covers found on a lot of handsets – and sits at the bottom of the left edge, the same side as the volume rocker. The top has the power button which also serves to wake the phone from standby. As with the HD7, the Trophy has touch-sensitive lights below the screen to serve as back, Windows and Search buttons, so you can’t wake the phone with any of these. Never mind, at least it’s harder to make calls accidentally with this system, even if it’s a longer reach to retrieve the phone from standby than it is on the Samsung phone, for example.

Naturally, there’s a 3.5mm headphone jack on the phone and this is in the best place for it, on the top edge.

Some of the Microsoft Chassis 1 requirements are set exactly, that is they’re not minimum demands. Like the screen resolution, which is the same (400×800 pixels) whether you have a 3.5-inch screen or the massive 4.3-inch display of the HD7. So, in fact, the pixel density is proportionately higher here on the Trophy’s 3.8-inch display than it is on the larger-screened HD7 and the Trophy consequently looks especially sharp and vivid.

But other hardware requirements are more flexible, like the camera – which explains why some cameras are 5-megapixel as here, while other WinPho handsets are higher-resolution. Still, there’s a flash and the video recorder is capable of 720p HD filming. Plus, the Trophy has Dolby Mobile and SRS sound enhancement to add to the phone’s multimedia skills.

HTC’s considerable design skills are on display here with this sleek and business-like machine. Buttons and switches are just where they ought to be, with the silvery camera button standing out nicely. The 3.8-inch screen may not be AMOLED, but it looks great nonetheless. Similarly, the camera lacks the Mozart’s 8-megapixel sensor but is more than serviceable. And the sound is great thanks to the Dolby Mobile and SRS surround effects on all the HTC WP7 phones. Overall, the good balance of size and compactness make this a highly desirable Windows Phone handset.

The other Windows Phone 7 handsets

More Stories
Google Nexus S Review
The Google Nexus S is the second Google Nexus handset, and this time gets to introduce Android 2.3 to the world. But, is the phone much of an improvement on what’s already on the market, and is Android 2.3 a big update?
Devices - Jonathan Morris 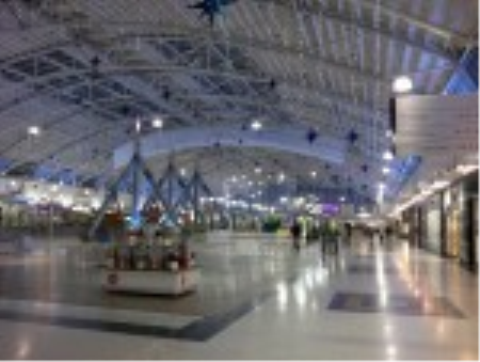 Nokia C7 Review
While the N8 has an impressive design and the top-spec camera, the C7 is a shiny smartphone that will have a lot of appeal in its own right.
Devices - Jonathan Morris

Windows Phone 7 Review round-up
Thinking about investing in a Windows Phone 7 mobile? Not sure what the fuss is all about? We’ve got the info here, including reviews of every handset.
Devices - What Mobile

HTC HD7 Review
We loved the HD2 for its screen but nothing else. Now we can fully appreciate what HTC was trying to do.
Devices - Jonathan Morris