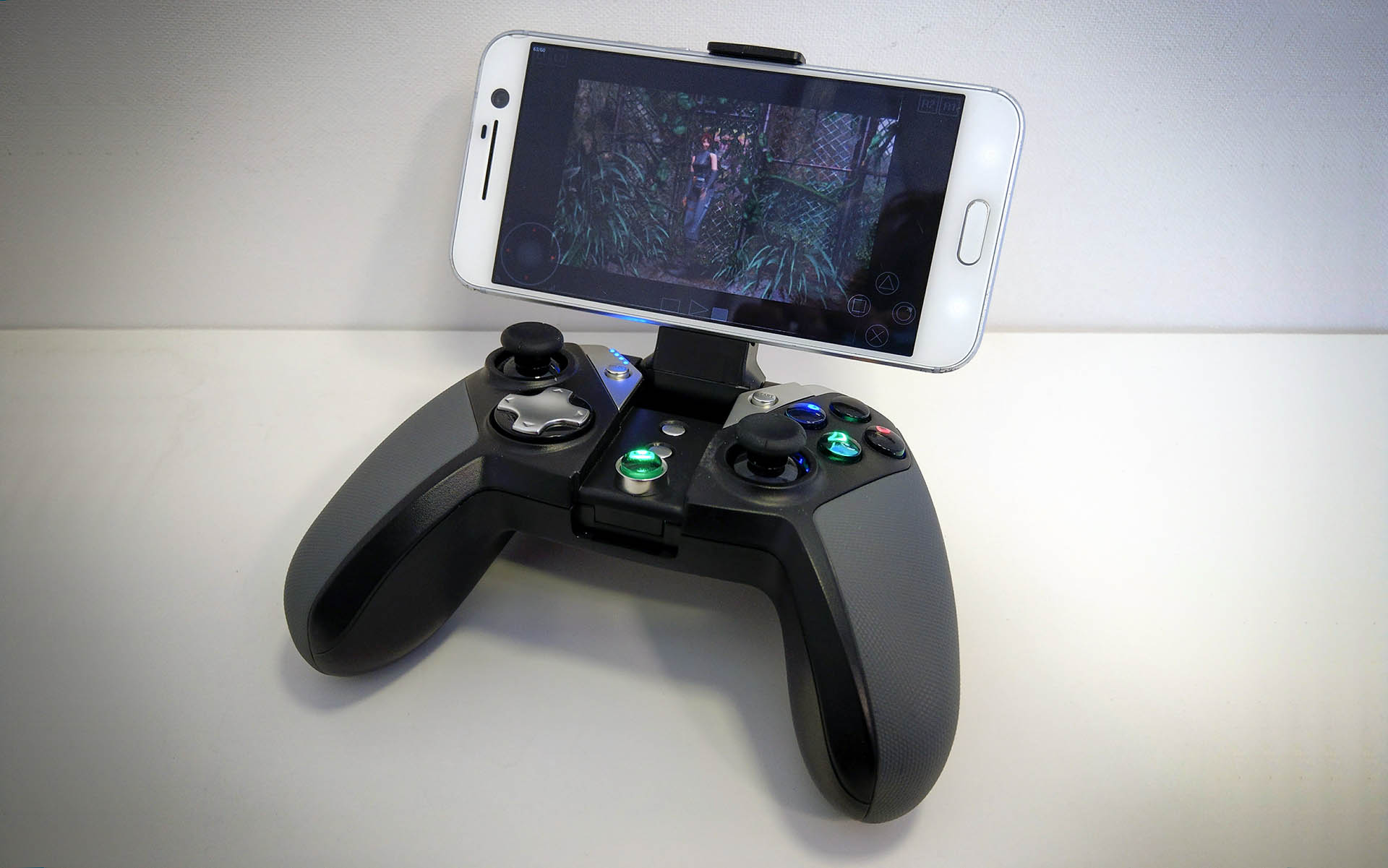 The GameSir G4SE is a fantastic Android controller boasting massive amounts of connectivity and a well designed, ergonomic body.

Android controllers are a fairly common thing on the internet. Type it in and you’re confronted with a myriad of results, many of them utter junk. The question of why you would use a third party gamepad when the wired Xbox 360 controller is perfectly acceptable is justified, though sometimes one comes along with so many features that it’s hard to turn down.

The GameSir G4SE represents exactly that. It’s a controller packed so full of features that you really don’t need anything else. If you’re looking for a one stop shop for all your gaming needs, it fits the bill perfectly. Available in standard and special variants, the latter incorporates added 2.4Ghz wireless connectivity for better stability and lower power consumption. The one we’re looking at today is the standard edition (SE), which lacks wireless connectivity but still packs in Bluetooth, wired support and PC connectivity. That may not sound like much, but when we start getting to the nitty gritty further into this review, you’ll realise how versatile this gamepad can be. Before we get to that though, let’s dive into the design. 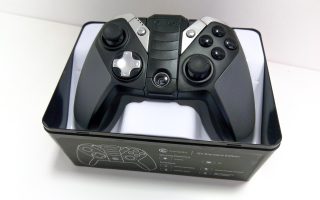 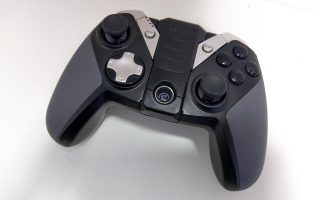 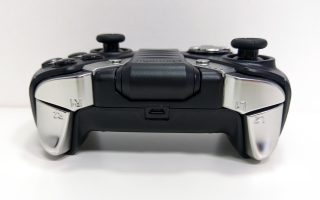 Unlike most third party controllers, the GameSir G4SE feels like a premium controller. While it’s clearly based on the Xbox One design, the aesthetics are different enough that this doesn’t just feel like a carbon copy. High quality plastics and back-lit buttons are backed up by a solid weight, which helps the controller to feel less like a toy. The inclusion of rubberised grips on the handles is also a great addition, making the pad very comfortable to hold for long sessions. The only downside is the silver trim up top that extends to the triggers. The material looks a little cheap and detracts from an otherwise stellar build. A battery indicator can be seen on the top left, with each of the four dots representing 25 percent charge. Having a visual readout of this is always welcome, as you never know when the controller might crap out otherwise. Inside is an 800mAh battery which GameSir state is good for 16 hours of constant gaming. After playing for 7 hours straight and only seeing one LED disappear, it definitely seems like you can rely on this for long sessions.

The folding cradle mechanism up top allows you to put the handset inside and game on the move, which is a big improvement over the G3. Unfortunately, the implementation is a little clunky. GameSir hasn’t given the smartphone much clearance in the cradle, meaning that thicker devices will sometimes slip out during use. It’s an annoyance that can be somewhat rectified by wrapping the handset in a rubberised case, but we shouldn’t need to do that. On the plus side, if you have a thinner device such as the Huawei P10 there shouldn’t be an issue. The plastic material of the cradle is also questionable and we would perhaps like to have seen this reinforced with metal. This is a common problem with most Android/iOS gaming controllers and we’d really like to see manufacturers take notice, as the mechanism is a common point of stress and flex. 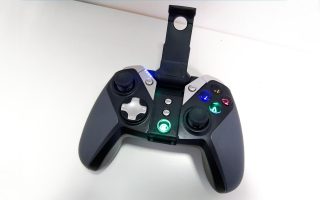 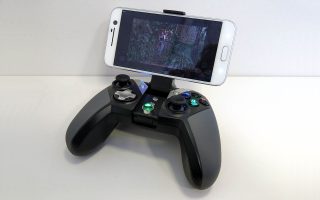 Hooking up the GameSir G4SE is fairly straightforward, but you’ll want to keep that manual handy for all the different modes. Bluetooth will no doubt be the most popular way to connect this device and we’re happy to say, it works flawlessly. Setting it up takes minimal effort. Simply hold the home button on the pad until the light is flashing and then connect. Our devices picked the controller up instantly and connection was a breeze. Input lag felt fairly low on mobile, with no noticeable delay between button presses. If your computer supports Bluetooth, the pad can also be used on a PC. Wired modes are also available on both Android and PC; you just plug the cable in and drivers are installed automatically. Booting up various titles on both Android and PC shows that the controller supports both X-Input and D-Input, the latter of which is a depreciated standard mostly used on older games. This is an excellent edition, especially if you’re a PC gamer with a hankering for older titles. We found that most applications mapped the controller automatically, though fine adjustments were needed for some of the buttons.

If you’re on the market for a complete Bluetooth controller which works with Android and PC, you really can’t go wrong with the GameSir G4SE. It’s easy to set up and feels great in the hand. Build quality is excellent and the plethora of features means that you can quite happily use it with most devices. 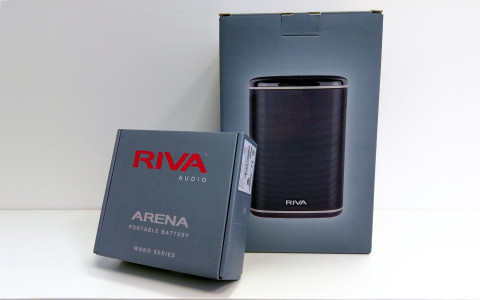 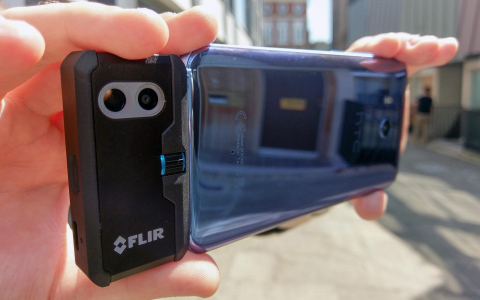