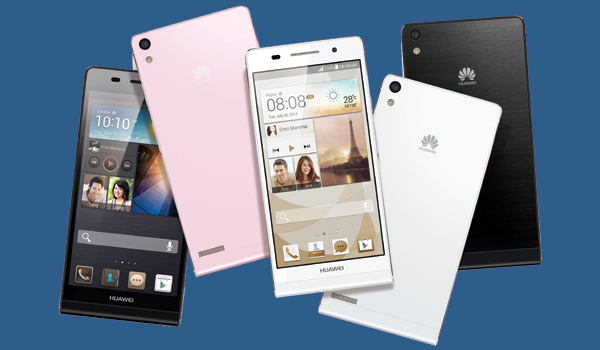 Huawei have unveiled their new flagship, the Ascend P6, which it’s billing as the world’s smallest smartphone with a recommended retail price of Ã¢¬449.

Straight off the bat, I have to say the P6 does look and feel good, so all that hype from Huawei about ‘elegance’ and ‘design’ (and ‘phones’) I guess proved true; the outer casing feels metallic and very solid, and it’s pretty much one continuous shell, aside from a band running around the top and sides.  The device comes in three colours – black, white and pink – and they all look nice, although the pink phone does make you think of flying horses with silver hooves, and not in a good, Adult Swim kind of way.

One interesting thing to note about the device is that the one break to the P6’s uniform design is a small, protruding metallic circle on the bottom left of the phone, which turns out to be a SIM/microSD opener – just twist the extractor and it’ll pop out in your hand, leaving a big tunnel into your phone.  While it’s neat to have a built-in way to get your SIM slot open (no need for your trusty paperclip any more), I know that I’d a) lose it within the first few weeks and b) proceed to have a phone filled with dust.  The other weird thing about the P6 is that the SIM holder doesn’t cradle the SIM like most other phones – you have to balance your SIM card on top of the holder, keep it in place and then kind of wiggle it into the slot.  The demonstrator I was speaking with didn’t really know why this was the case, but the phone did work once you’d manoeuvred the SIM in. (Word to the wise: don’t leave your SIM in a test phone at a launch event, forcing you to return hours later to pick it up from weary event staff. Thanks, Mr Aubee).

The P6 is, however, impressively slim at 6.18mm and it feels good; smooth, solid, thin – the phone is a thing of elegance.

Not so the icons for the UI.  What Huawei introduced in the newest version of the Emotion UI was interesting but nothing really ground breaking.  One of the more interesting and useful features was the Permissions Manager, where you can view and alter what apps and functions have access to which bits of your data – there’s even some anti-spy ware options such as selecting ‘Protect Camera – prevent apps from taking photos in the background without your knowledge’ – ah yeah, Ima go ahead and tick that.

However the UI just doesn’t look that great; if you weren’t a fan of iOS 7’s candy floss icons, you won’t be a fan of Emotion’s.  They’re all a bit candy-land for me, and the three custom themes for

the Ascend weren’t much better – there’s one where the predominant colour is brown.  Luckily, Huawei do have more than 1000 themes online for you to choose from, so hopefully there are some better options in there.

The phone seemed to run fine on its quad core 1.5GHz processor with 2GB RAM, running a fairly high-graphics game with no lag for several minutes, and flicking through apps and screens fine. Since Huawei’s WiFi wouldn’t allow me onto the network the entire event, I couldn’t test surfing the web on WiFi; on my errant SIM, the phone loaded pages quickly and smoothly.

The camera on the P6 is pretty good at first glance; with 8MP and an aperture of F2.0, the device takes sharp, clear photos. However there did seem to be a slight tendency to overblown colours.  I didn’t get to test out the front facing camera (5MP) myself, but the self portraits of other journos on the device I was using showed clear images (and happy faces).

The P6 boasts a screen resolution of 720 by 1280 pixels; it’s a good looking screen (when you get rid of the themes) with bright colours and clarity but it’s not the best looking I’ve seen in terms of sharp detail.

The Ascend P6 is an interesting offer from Huawei and it could be on-board to compete with other flagships; it’s a good looking phone with an easy to use user interface which has some interesting new offerings.  However, the proof will be in the pudding as to whether Huawei has cut back on the insides to make the outsides look good; the device will need to provide a decent usage life, good connection capabilities (something we weren’t able to test at the launch event) and good grunt to compete as a flagship.

So I guess the wrap up is: stay tuned for our review. 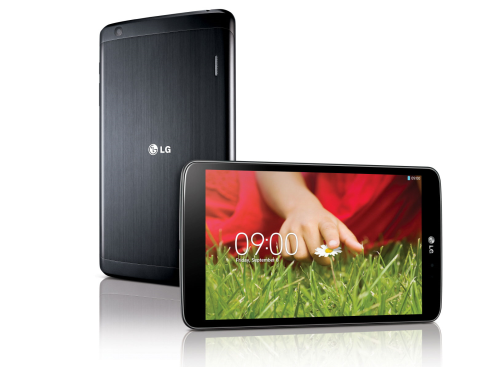 LG G Pad 8.3 hands-on
We all want our phones to be bigger and our tablets to be smaller — although LG has made its bigger than most of the other manufacturer’s so-called ‘mini tablets’, with the launch of the LG G Pad 8.3. Display & Design The G Pad 8.3 features, as the name would suggest, an 8.3-inch full […]
Reviews - Jordan O'Brien 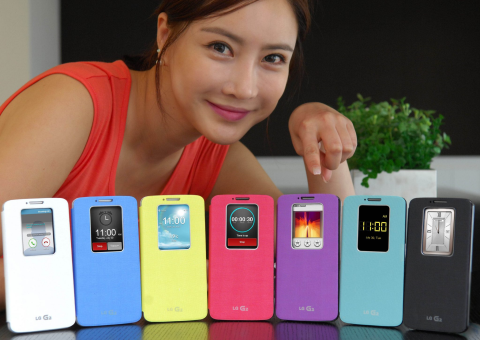 Hands-on with the LG G2, LG’s answer to the Galaxy S4
We’ve arrived at IFA later than everyone else, but that doesn’t mean we’re not going to get our own grubby mitts on all that there is to offer — and first off comes LG’s flagship, the device it launched over in New York earlier this month — the G2. Design & Display The first thing […]
Reviews - Jordan O'Brien 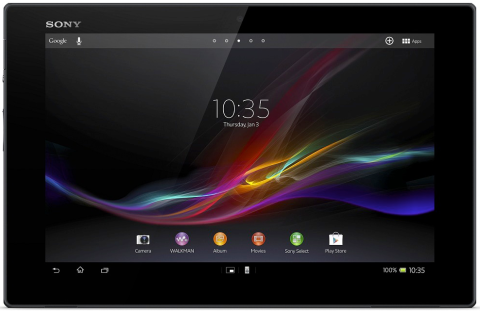