Our selection of some of the best apps released over the past month.

By Jon Mundy and Allan Swann

The Big Issue
Free/£2.49 per issue on Apple iOS
Dennis Publishing
If you’ve ever walked past a Big Issue seller and regretted it, check out The Big Issue app on iPad. The app is a simple means to purchase and read issues of The Big Issue on your iPad, with a larger portion of your money going to a centralised pot to help homeless people in the UK.
You get all the perks of the digital medium, including a search function and the ability to jump to a particular section. You can also jump straight to any featured links. All in all, an excellent way to spend £2.50 each week.
3 Stars

What is most bizarre about this app is that its taken so long to get to this state – Instagram, Facebook Photo and Twitter have all been pilfering Flickr’s market space by jumping on the mobile bandwagon far faster than the Yahoo owned property has. Fortunate then that the wait has been worth it. You can take pictures live within the app – same as rivals – and edit the images, cropping, applying filters and sharing with your mates. Again, these are features not unique when compared to the aforementioned rivals. What Flickr does have is a wonderful library browser full of brilliant photography – SLRs and all – so you aren’t restricted to Instragram-esque hipster polaroid style pictures of Pabst Blue Ribbon beer or ironic cupcakes. You can also tilt the screen to look at full res photos, and Flickr shows all the relevant metadata in an image. Flickr’s photographic history (it was one of the first of its kind online) is brilliant to browse through, and is a worthy social network itself – even though it is also fully integrated with Tumblr, Facebook and Twitter.
4 Stars

Comic book heavyweights Marvel and DC both have Android apps available on the Google Play store, but now it’s the turn of Dark Horse. While it’s not quite as well known as the houses of Superman or The Avengers, Dark Horse still has some major titles on its roster, including Hellboy and Star Wars.
The app itself is reasonably slick, though we found that the panel zoom mode was a little hit and miss in terms of honing in on what we needed to see next. Overall, a competent if slightly sketchy effort.
3 Stars

Banjo is yet another social network-aggregating tool, but this one has a location-based twist. Not only does it let you see where all your social media contacts are in the world, there’s also a contextual Places tab that shows you any relevant locations. Tap on one of these locations and you’ll see any Tweets or other public posts that might interest you from people you might want to connect to due to mutual contacts.
Overall, Banjo’s only likely to really appeal to globetrotting social media addicts. For everyone else it’s a bit of a gimmick.
3 Stars

As a tool for conflict resolution this Christmas, the Official Scrabble Words for iPad app has a great deal of potential. Keep your iPad to hand when playing the great word game and any contested words can be put through the ringer quickly and definitively.
The app also offers the rather dubious ability to spit out words based on your seven random letters. Not quite in the spirit of the game, but an invaluable tool for those seeking an edge whilst playing Words With Friends online. There’s also a fairly thin ‘best word’ game to keep solo Scrabblers occupied.
3 Stars

The Daily’s annual tech buying guide app is here, and it’s sharper than ever. Think of it as an interactive magazine and catalogue rolled into one.
The highlight has to be the Most Wanted section, which rounds up – you guessed it – 50 of the hottest gadgets currently doing the rounds, complete with embedded videos of the team putting each device through its paces.
Overall the app is slightly too lightweight for its own good, with not enough editorial depth to really inform. The buying links all point to US sites, too. Still, it should give you a few gift ideas for this Christmas period.
4 Stars

Argos finally brings an iPad-optimised app to the App Store around 18 months after the iPhone version – and it’s here just in time for the festive splurge on gifts. Just like your average Argos store,  the app is a no-nonsense affair with a simple, unadorned approach to shopping.
The app’s scrolling content menus are nicely layered, allowing you to dig down to what exactly you want from the vast Argos catalogue without much fuss. You can also access a glossy digital magazine that helpfully highlights what you should be buying this Christmas.
4 Stars

Pixlr Express is yet another photo editing app for your phone, but this really is one to sit up and take notice of. It’s from the design software specialist Autodesk, for one thing, and it provides an incredibly quick and intuitive way to enhance and adjust your snaps.|
Whether you’re cropping, removing red-eye, adjusting the focal blur or applying one of over 600 fun filter effects and borders, Pixlr Express makes it easy to get the results you desire. Sharing is also a breeze, with the welcome ability to choose from three different file sizes.
4 Stars

Apple’s difficulties launching its own mapping app have been well documented. There’s never been a better time to launch a high class alternative app onto the App Store, which is precisely what Nokia has done with HERE Maps.
Or at least, that’s how it looks at a glance. Upon closer inspection, it becomes apparent that HERE Maps is little more than a glorified link to the online HERE Maps tool. It looks and handles reasonably well for an online tool, but it still lacks the responsiveness and full feature-set (such as full turn-by-turn navigation) of something like Google Maps or – yes – Apple Maps.
2 Stars

As stated above, Apple completely screwed up with Apple Maps – more so because iOS 6 removed the old Google Maps from the interface. Fortunate then that Google didn’t decide to lock Apple’s customers out, and threw the company a bone. Because not only is Google Maps returned, it is better than it was before and is an excellent app in its own right. Google has also thankfully released the SDK to developers, so all the other apps that were forced to use Apple Maps can now come back home too.
So welcome back turn by turn directions, accurate city placement (including Satellite maps), public transport (including departure times), traffic reports and tie ins to Google Earth. Sure there’s no 3D renderings of St Pauls, or street view – but who misses that on a mobile phone? This app effectively repairs the ‘broken’ iPhone 5’s feature set (and anyone else unfortunate enough to update their iPhones to iOS 6) and can’t be recommended enough. App of the month.
5 Stars 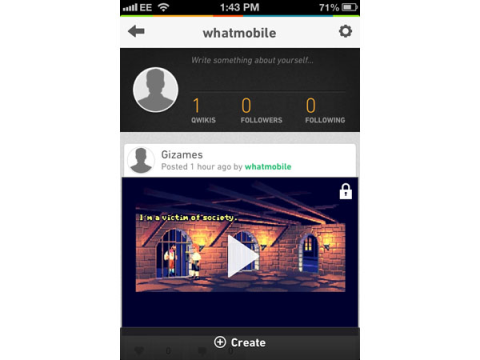 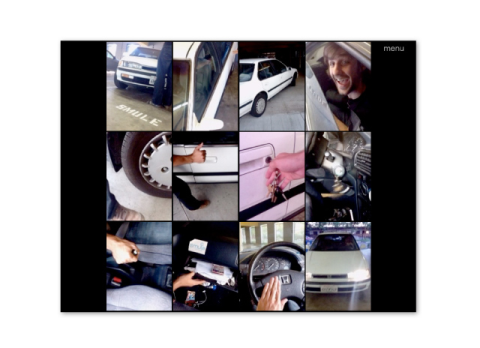 MadPad review: App of the month
Video-beatboxing crossed with Max Headroom? There’s an app for that! Seriously. It’s called MadPad, and it’s the work of US developer Smule, which has previously found fame with music apps like Leaf Trombone, Magic Piano and the Glee Karaoke app.
Apps - What Mobile
YouTube 2.1 app review
Yes, there’s been a YouTube app on Android from the beginning. That’s kind of the point, though – the YT app has always been inextricably tied in with the Android OS. youtube mp3 converter
Apps - Jon Mundy