With a brand new touchscreen operating system, formidable features and a full slide-out keyboard, the BlackBerry Torch is a pocket powerhouse.

It’s the one we’ve been waiting for – RIM has taken a giant leap forward in the world of touchscreens with the launch of its latest smartphone and the new BlackBerry 6 operating system.

The BlackBerry Torch is a sturdy, heavy and reassuringly robust device with a large 3.2-inch touchscreen taking up the majority of the front fascia – beneath this is the familiar optical trackpad and four touch buttons. The side panels host a set of three embedded shortcut keys on the right and a microUSB charging slot on the left, with a 3.5mm headphone jack at the top right. There are no dedicated multimedia keys on top, but a metal strip does include controls to activate silent mode and lock the screen.

The phone’s surround is completed by a shiny metallic perimeter, as seen on the BlackBerry Curve 3G, and a rubberised back battery cover. It’s worth noting that the microSD memory card slot sits underneath this back cover, but there’s no need to remove the battery to swap cards.

The slide mechanism opens and closes with a reassuringly smooth and solid motion to reveal the standard QWERTY keyboard underneath, comprising of a full set of well-sized and easily identifiable buttons. These are raised slightly inwards to aid usability and it’s very comfortable to type out messages with your thumbs. You also have the option of an onscreen virtual keyboard and dialler, usable when the device is closed.

The most exciting aspect of the BlackBerry Torch is the fact it heralds the debut of RIM’s latest operating system, BlackBerry 6, offering an intuitive touchscreen interface. The homescreen is now more dynamic, featuring five separate menus scrollable from left to right for All; Favourites; Media; Downloads and Frequent. You can choose how much of each individual menu is displayed on the home screen – from a single row of four icons to a full screen.

Each separate menu hosts a set of items that can be moved around and customised according to preference – tap and hold an icon to launch a mini-menu giving the option to mark as favourite; move; move to folder; hide; launch; delete; help or switch app). It’s a comprehensive system that’s easy to follow, well-executed and enables a high-level of personalisation.

The top menu bars are equally interactive. You can tap anywhere along the top row (battery level; time; signal bar) to activate a key settings menu, offering the ability to change connections and set alarms, for example. The bar below it shows the current profile plus any call, text or email notifications, again if you tap on the alerts a drop-down menu appears allowing you to preview missed calls and messages in more detail.

This bar also includes the Universal Search feature, giving you the option to search the entire contents of the device. A quick tap of the magnifying glass brings up the search panel and suggested relevant items quickly appear in the box below (if you’re using the keyboard the search activates as soon as you start typing). You’re also presented with the option to search Google, YouTube or BlackBerry App World as well.

The web browser has seen a complete overhaul from previous BlackBerry smartphones, enabling a far more enjoyable experience for surfing on the move. Web pages load very quickly and can be navigated by the intuitive pinch to zoom motion that focuses in on a particular area of the page – you can also swipe to drag pages around and zoom in by double tapping. It’s by fay the best implementation we’ve seen on a BlackBerry device to date.

The browser now supports multiple tabs making it easy to quickly switch from one page to another using different windows. Just like the rest of the device the browser can be viewed in landscape and portrait modes, seamlessly switching between the two as you rotate the handset.

There’s also the customary suite of entertainment features onboard, including an MP3 player, video player and voice recorder. Perhaps the most pleasing new addition is the ability to browse music files by scrolling through album art and simply tapping to select.

You can also access your home music library over Wi-Fi using BlackBerry Media Sync and subscribe to podcasts that are automatically updated. By default the video player operates in landscape mode, playing back clips and movies in widescreen with function buttons in a strip at the foot of the screen. You also get direct access to YouTube for viewing or uploading clips.

The device ticks all the right boxes in terms of connectivity, starting with 2G and 3G quad-band support. There is both HSPA for high-speed downloads and uploads, with class 10 EDGE and GPRS as back-ups. You can connect to a local Wi-Fi network or hook up with another Bluetooth device, or listen wirelessly in stereo thanks to A2DP.  If all else fails a microUSB port allows users to connect to a PC the old-fashioned way via cable.

The BlackBerry Torch includes a well-equipped five-megapixel camera, featuring continuous autofocus, image stabilisation and LED flash, with a control system that makes good use of the touchscreen interface. Operating in landscape mode, a row of touch icons appears underneath the onscreen viewfinder, with a central blue button acting as the shutter – you can tap this to take a shot or use a physical button on the top of the device instead.

Either side of the shutter button are controls to instantly turn the flash on or off, activate GPS for geo-tagging, choose a scene mode or access the picture gallery. More advanced settings are available within the menu. You can also record widescreen video in VGA format (640×480 pixels).

To satisfy the current trends for mobile social networking, RIM has introduced a new Social Feeds app. This operates as a one-stop shop for all of a user’s online social information, pulling in feeds from the likes of Facebook, Twitter, BlackBerry Messenger and MySpace amongst others. It’s a neat solution that can be customised – you can view all the items in a single stream or filter it so they are grouped in separate lists that can be scrolled from side to side.

The BlackBerry Torch includes all of the business productivity apps that you’d expect, including cut-down versions of Word, Excel and Powerpoint. Further apps can be dow nloaded from BlackBerry App World, which looks and functions exactly the same as before in its new touchscreen guise.

The BlackBerry Torch is a powerful device. Combining the fluidity of a highly responsive touchscreen environment with the reliability of a physical keyboard enables a level of usability that’s unrivalled in many current smartphones.

With an innovative touchscreen interface and a raft of powerful features, the BlackBerry Torch can justifiably position itself at the top of the smartphone tree. The full slide-out keyboard adds a bit of weight and bulk, but the bonus of extra usability means it’s well worth it. The new BlackBerry 6 operating system has proved itself to be an excellent advancement with some handy new features, yet the essence of RIM’s trusted original menu system is still in place, as are the excellent messaging options. It adds up to a winning combination that’s sure to please regular users.

More Stories
Samsung Galaxy Tab Review
As someone yet to be convinced that a tablet is something you really must have, I opted to take a bit of time with the Galaxy Tab before passing judgement.
Devices - Jonathan Morris

Acer beTouch E130 Review
We look at the new Acer E130, giving an Android alternative to those who may have been seeking a device from RIM or Nokia.
Devices - Jonathan Morris

Nokia N8 Review
Could this be the phone to restore Nokiaâs reputation as a serious player in the smartphone market? We look at the first phone to showcase the new Symbian OS…
Devices - What Mobile 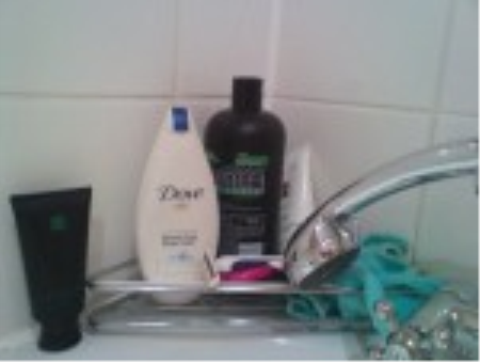 Huawei IDEOS Review
Android 2.2 has a number of new features, so if you’re buying a phone now, it’s something to consider. At the entry level market, the IDEOS is the only model to come with FroYo out of the box.
Devices - Jonathan Morris