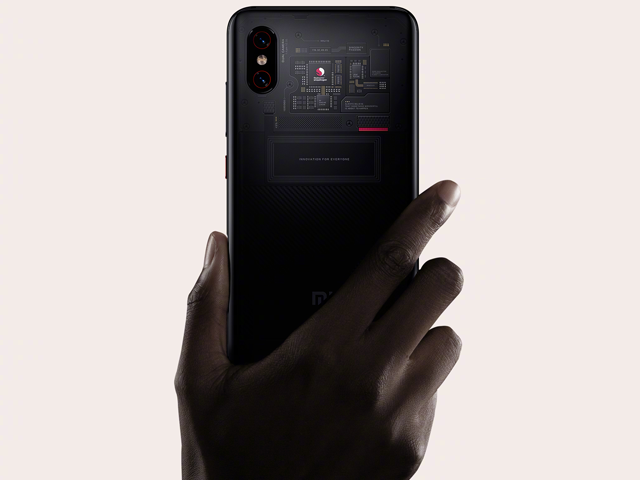 Chinese vendor Xiaomi has finally launched itself in the UK spearheading a three-device strong charge with its flagship Mi 8 Pro smartphone for £499.

Xiaomi president of global business and SVP Wang Xiang, and director of product and marketing Donovan Sung unveiled a slew of products to an audience of 250 at the Barbican Centre in London today (Nov 8).

Alongside the Mi 8 Pro was the Mi 8 and Redmi 6A (£99) smartphones. Also unveiled was the Mi Electric Scooter (£399) and Xiaomi Band 3 wearable (£26.99). Over a hundred technology products will be available in the UK such as electric toothbrushes, kettles, earphones and TV boxes.

Most products will be sold with major retail partners and the ‘Mi Store’ located in Westfield Shopping Centre in White City, London, from November 19.

The vendor went live with its UK official ‘Mi’ e-commerce website for consumers to purchase its products. Xiaomi claims to have 207 million active users of its products globally.

According to analyst firm Canalys, Xiaomi is a top five shipping manufacturer in 30 countries for Q3 2018, five more quarter-to-quarter. Revenue for 2017 was $15 billion.

Bolted on the back is the dual 12MP and 12MP main camera infused with artificial intelligence. Industry benchmarking website DxOmark has rated given the camera 105, placing it in second place equal with the iPhone XS Max and behind the Huawei Mate 20 Pro (109). The front camera is 20MP and has HDR, portrait and beauty mode assisted by AI.

Powering the device is the octa-core 2.8GHz Snapdragon 845 processor supported by 8GB of RAM to run demanding apps smoothly.

Mi 8 Lite
The mid-range device (above) will be available in blue, gold and black upon release.

Under the hood is the 2.2GHz Snapdragon 660 processor coupled with 4GB RAM or 64GB RAM. Internal memory stands at either 64GB or 128GB. Both versions can be expandable via micro SD up to 256GB.

The snapper is also dual camera with 12MP and 5MP assisted by AI and is capable of extreme close up shots with clarity and will detect scenes adjust settings accordingly. The front-camera is 24MP and features HDR, portrait mode and a beautify mode also when recording video.

Redmi 6A
The £99 entry-level smartphone (above) is available exclusively from Three. For a limited time, customers will receive a free Xiaomi Band 3 with purchase.

The smartphone is powered by 2.0GHz quad-core MediaTek Helio A22 processor. The 3000mAh battery allows the phone to stay in standby mode for up to 19 days, according to Xiaomi.

It has a 5.45-inch IPS 720p screen capable of multi-touch. A dual SIM tray is also included.

The Redmi 6A has a 13MP rear camera featuring phase detection autofocus and a 5MP front camera.

This Post was shared from our Sister Publication Mobile News 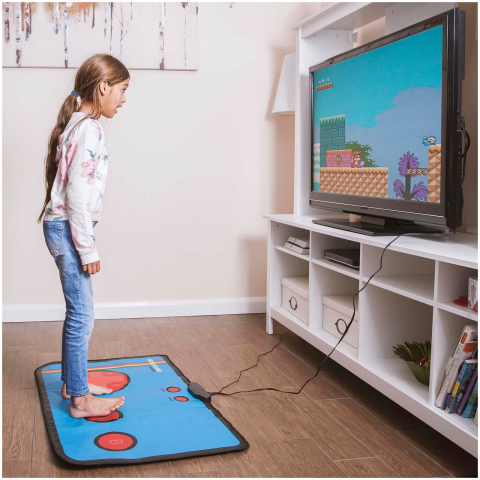 Review: Retro Gaming Mat from IWOOT
Retro Gaming Mat- £22.99 from IWOOT The Retro Gaming Mat is a fun little gadget that you can connect to your TV to bring you a taste of 80’s Retro Games on your TV. This was great fun for both the adults and the Kids in the room with a flashback to the 80’s with […]
News - Stephen Watson 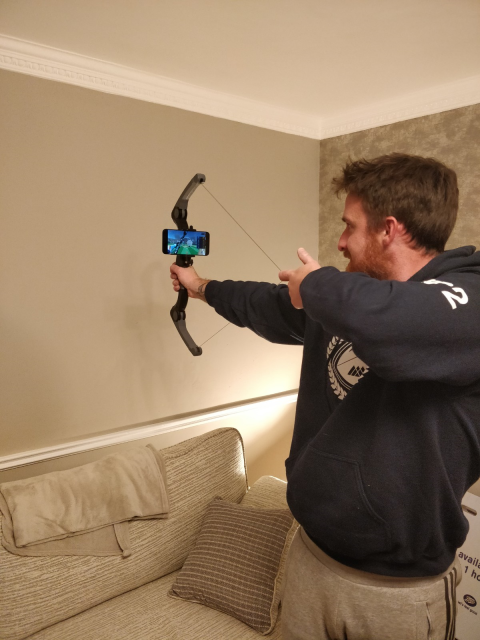 Review: Virtual Archery
£27.95 available from Genie Gadgets Another of the crazy fun gadgets we got sent recently is Virtual Archery and as someone who loved watching Robin Hood, I could not wait to play with this gadget. This product is made by Thumbs Up! The product is a collapsible bow unit rather than the standard wood bow […]
News - Stephen Watson 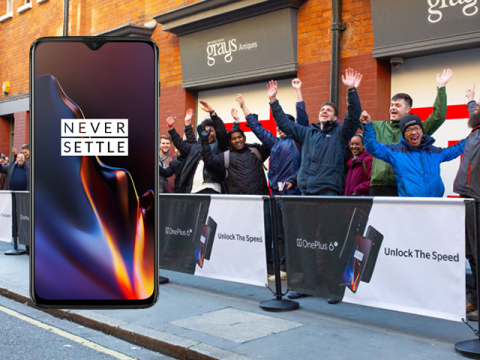 OnePlus 6T hits the stores
The Chinese manufacturer has already sold 800 in the UK after holding a private event for its community forum members The OnePlus 6t has hit the shelves this morning following its announcement a week ago. O2, EE and Vodafone will be the UK networks retailing the device with plans starting from £20, £42 and £39 […]
News - What Mobile 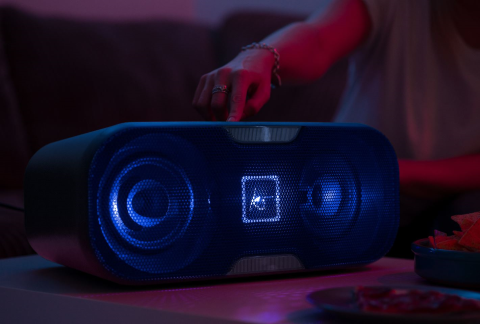 KitSound’s Slam XL Bluetooth Speaker – Meet The Real Party Animal!
When it’s time to get the party started, you will want to get your hands on the latest from audio experts, KitSound. Introducing, the Slam XL Bluetooth Speaker, built to deliver big sound, bright lights and massive performance. Giving you a choice of mood-setting lighting modes, a boombox-inspired speaker design, and a carry handle to […]
News - What Mobile